Since FC Barcelona got destroyed by Bayern Munich, this means they haven’t won a single trophy this season. Here is my Barcelona FC dream team.

Allison, Oblak, Andre ter Stegen are the best three goalkeepers in the world right now. He can’t take all the blame for the game against the Bayern Munich in the Champions League final. He had 14 clean sheets in La Liga this season. But the defense hasn’t been good either.

Nelson Semedo hasn’t been a like for like replacement for Dani Alves. He got destroyed by Alphonso Davies and Ivan Perišić. Ricardo Pereira from Leicester City he is arguably the best right-back in Premier League and better than Nelson Semedo. He is might be quite expensive after his big season. Leicester won’t play in Champions League 2020/2021 and with the Euro championship coming up next summer. Ricardo and Barcelona both would win for both parties.

He is probably one of the best center backs in the world right now. Dayot is a good allrounder. Dayot has that spark that Barcelona FC needs. After some years with Pique, his prime is over. I could see Dayot stay in Leipzig because Julian Nagelsmann could talk to him about his plans. He also made the best 11 in Champions League.

I think Clement is proven to be the best defender in the Barcelona team right now. Unlike Pique, Clement is still young and has a few years to improve to be a world-class center back. He needs another center-back at his level to partner him up.

In the last five years, there haven’t been many top-class wingbacks available. I don’t think Jordi Alba is a bad left-back. The Catalonia club could go for a former junior player. He has been good for Benfica and is still improving. I think he would be a younger replacement for Jordi Alba because he is fast, an allround good defender and he can cross the ball well.

Donny Van De Beek deserves to be at a better club then Ajax because wining the Eredivisie every year is not the La Liga. Donny is an excellent, he can play in the middle and he could be one of the best clubs in the world.

If Ajax wants Luis Suarez, why not trade for Donny?

Also, who wouldn’t love him to team up with Frenkie de Jong in the middle of the field again.

Frenkie is right now is the best midfielder in a Barcelona shirt. There isn’t much to say except he can’t lose his place even though Barca is in a rebuilding phase. He needs to be one of the guys that shows how good Barcelona are.

I don’t see this transfer, to be honest. Pjanic and Arthur are on the same level. The big deal is Arthur is younger and may have many years left, but not Pjanic.

Messi is a legend. If Barcelona wants to win competitions like Champions League, then they need to build around him. Messi only has to give Ronald Koeman one season to prove himself. He also became the only Barcelona player to be in the Champions League top 11.

Lautaro has been one of the best strikers this season. He scored this season 29 goals for Inter Milan. I could also see Messi help improve the player even more with the Argentinian link. I can only see this transfer happening if Antonie Griezmann and Luis Suarez leave.

Memphis has proven in the Lyon shirt the calibre of player that he is, his time at Manchester United didn’t go well. But since making the move to Lyon, Depay has flourished.

I could see him in the Barcelona shirt because of the Ronald Koeman link. Ousmane Dembele is injury prone and has not reach the heights he did at Dortmund. And Depay could play in all three positions up front in a 4-3-3.

This Barcelona team might not happen. But it would be a dream team if it does happen. 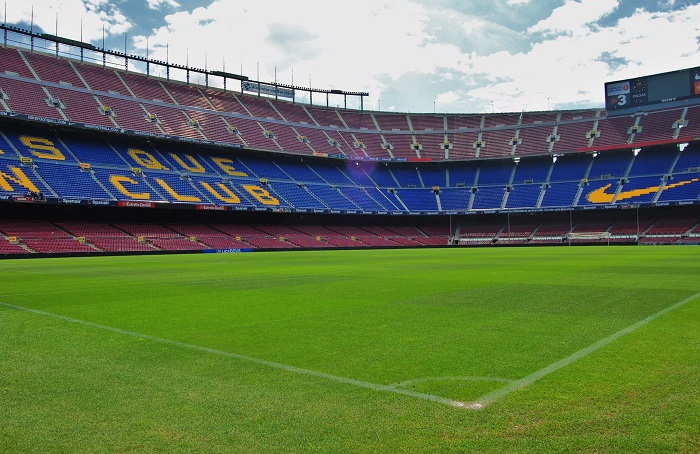