The rebuild at Oakwell is well and truly under way with the club bringing in eight players so far this transfer window but are these players capable of building on what Paul Heckingbottom achieved with a different group of players last term?

The first signings that Barnsley made this term were Stevie Mallan from St Mirren and Jason McCarthy from Southampton.

Mallan was instrumental at St Mirren ensuring that they maintained their Scottish Championship status last term as the young starlet bagged an impressive number of goals last season. Already in pre-season he has operated on the right hand side with great impact occupying space in the final third. His intelligent movement at the moment appears to be too clever for other Barnsley players as they do not look up and find him. With time players will find him more often which will prove to be very effective. Overall I believe that he will be a great asset to the team his ability is clear for all to see.

As for McCarthy he will probably operate primarily as a full back this season with him only being used as cover at centre back. McCarthy appears to have bundles of energy getting up and down the right hand side effortlessly. He wins a fair amount of headers from right back. He is very attacking as a full back and can put in a very menacing low ball into the opposition box. Non of the attacking play seems to hinder his defensive abilities which is pleasing to see. My verdict he could be a very useful player and could become quite integral if Yiadom is on his way out of the club.

Heckingbottom and Barnsley were then quick to move for both Liam Lindsey and Zeki Fryers.

Lindsey was the only non Aberdeen and Celtic player to make it into the SPL team of the year. At the age of 21 it seems the young centre back could have a bright future, now that he has moved into English football. From the previous friendlies, it appears that him and MacDonald could be the first choice partnership at the heart of the back four. A tall and self proclaimed ‘traditional defender’ Lindsay could become an instant fan favourite.

Zeki Fryers comes to Barnsley as he was not able to make it into the first team at Palace and spent most of his time at Selhurst Park out on loan or on the fringes of the first team. I’m sure that the lure of first team football will have drove Fryers to Oakwell. He appears to be a defensive first full back. Not as attacking as Yiadom and McCarthy which sometimes isolates the left winger that he is playing with. He comes with vital Premier League experience which will dearly help this young Barnsley team. Verdict, has ability but has not shown the same standard that Yiadom and McCarthy have so far in pre-season.

Barnsley then moved to sign Ethan Pinnock and Cameron McGeehan.

Pinnock comes from Forest Green rovers who have just won promotion to League 2 via the play offs. Pinnock was a big part of the set up there and commanded a six figure sum to tempt Forest Green into selling the highly rated centre back. He is tall but not a stocky centre back and has taken a very similar route to the Barnsley first team that Angus MacDonald took last season. Sometimes looks a little uncomfortable in possession, which could prove an issue. Verdict, he looks like he could be a bit part player this season but he could have a part to play in this young side if there is any injuries.

McGeehan comes as a highly rated midfielder who was the highest scoring midfielder in all four leagues before a leg break just after Christmas which saw him miss the remainder of the season. Apparently Barnsley were looking to buy then but were put off by his seven figure fee and appear to have saved some money in the process by waiting till the summer. McGeehan will add depth to the midfield and provide another option for Paul Heckingbottom. Will he be the same player he was before Christmas hopefully a bit of a gamble from Barnsley something the recruiting team very rarely do.

To round off the eight new players so far is Ike Ugbo on loan from Chelsea and Lloyd Isgrove.

Ugbo comes as a highly rated youngster who has excelled at youth level at Chelsea so there was a lot of interest in the young forwards services but he chose Barnsley after looking at how they develop young talents. Last season Ugbo was a part of the England team who won the Toulon Cup and the FA Youth cup, which he finished top goalscorer of the tournament. Overall, the young forward looks like his pace and finishing could fit in well at Barnsley and his ambitions for the club exceed the normal fans as he sees promotion on the cards. Barnsley fans will be hoping he can do what Tammy Abraham did at Bristol City.

Finally, the eighth signing so far this summer is fan favourite Lloyd Isgrove. Isgrove was a part of the Barnsley team which won promotion to the Championship. His high work rate up and down the wing will make a torrid time for full backs and wingers that he comes up against. The only thing he misses from time to time is the flair that a modern winger has, which can lead to him being dispossessed easily. His work rate and ability makes him a firm fan favorite at Oakwell. Overall, he should be a key player this season and with Hammill on the other wing Barnsley will certainly be looking to play wide at any opportunity.

Overall, Barnsley have recruited well over the summer and fans should come into the season with a sense of optimism that the club can maintain their Championship status. They should be able to build as well as all the new signings have signed three year deals. So even if all does not go to plan and they do go down. The Reds should still have a strong core of players to bounce straight back up. The only problem they could have is if Paul Heckingbottom is not head coach in that scenario. 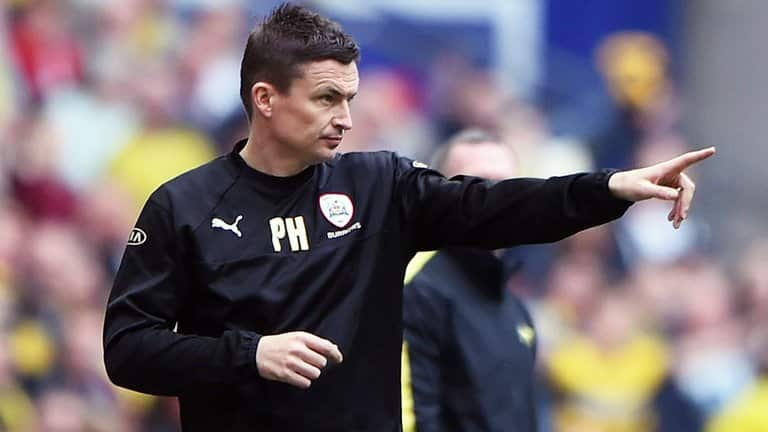