Many stars have burst onto the scene in recent months within the 12 teams of the Scottish Premiership. Nathan Patterson has continued his positive development at Rangers, Calvin Ramsay at Aberdeen looks to be something special and the emergence of Kyogo Furuhashi at Celtic are just three of the exciting talents currently playing in the top flight of the SPFL.

Since the start of his Cinch Premiership campaign- which was kicked off by a man of the match performance against Celtic, Baningime has been another name on that list and is up there with the best of them but why exactly is the midfielder already adored by his home supporters, and feared by opposition managers?

As Baningime has only been at the Tynecastle club for a few months I feel to get the full picture we have to look at what came before the move to Edinburgh. Baningime was an academy graduate at Everton and played for them 12 times within his four-year career at the club, making his debut as a starter against Chelsea in the EFL Cup and appearing sporadically throughout the early parts of the 17/18 season.

He had loan spells with Wigan and Derby however only played once for Wigan and twice for the latter. The midfielder’s time with Derby concluded at the end of last season and mainly consisted of him watching from the bench with his only two games coming in 3-0 and 4-0 losses. Having played under the disastrous Koeman era at Everton and an equally calamitous Derby team, it’s fair to say Baningime was unlucky with the sides he started his career with.

Having reached the age of 23 in a career that was stagnating due to an absence of game time, Baningime finally took the opportunity to move away from the comfort zone that was Everton Football Club. The Congolese-born, Premier League 2 winner signed for Hearts on the 29th of July and faced up against Ange Postecoglou’s Celtic two days later.

Baningime coming into this match had an abundant collection of excuses to underperform. This was a league he had never played in, he had only signed two days ago and had barely met the squad, Hearts were the underdogs and could’ve easily been swept aside as well as the fact that Baningime had hardly any professional game time in his football career alone, never mind last season. However, despite everything Baningime performed- outstandingly.

Beni Baningime made numerous important challenges and was key in starting crucial counterattacks in Hearts’ late win in front of their elated home crowd, receiving the man of the match award to top it all off. His Hearts career was well and truly underway. Representative of his playstyle, Baningime hasn’t stopped and has become a relentless force in that midfield since his debut. In the eight games he’s played, Baningime tops the table for the most tackles p90 with 3.3 and is above the likes of Callum McGregor and Glen Kamara for interceptions p90 (1.3).

ALSO READ:  Why John Lundstram Could Be Vital To Rangers This Season

Despite the impressive ball-winning stats, he isn’t just a defensively-minded player. As you can see from the heat map above, Baningime can go forward as well and although he hasn’t scored or assisted as of yet (potentially an area for improvement) the midfielder has an 84% pass accuracy in the opposition half.

I am aware this article has been full of praise for Baningime but for me, it’s justified. The Hearts midfielder has been playing like somebody way above his teammate’s level all whilst coming from a career that had been stuttering in the endless discontentment of watching from the sidelines. The start to the season has been fantastic and now the aim will be consistency throughout the whole campaign. 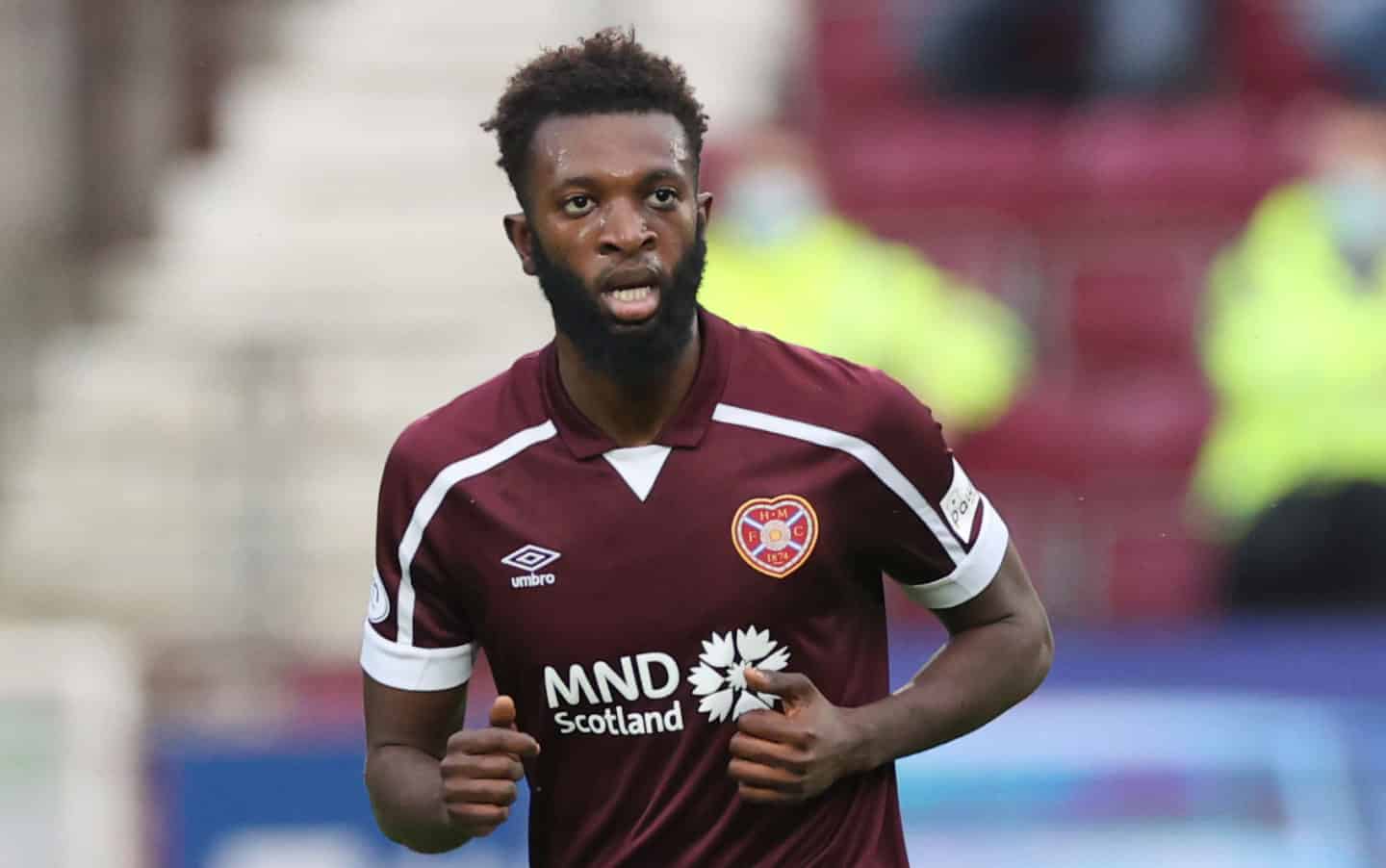