Brad Keselowski passed Kyle Busch with five laps to go Sunday and surged to his second Sprint Cup race win at the Las Vegas Motor Speedway under weird and windy weather conditions.Keselowski got past teammate Joey Logano and then tracked down Busch, whose right front wheel vibrated and struggled down the stretch. Keselowski had to gamble on fuel late, and he thought he had blown the race

“We’ve led a lot of races in that time span, probably deserved to win a few more races than that. … There was a lot of misfortune, and then there was a lot of self-inflicted things that I could have done better and beyond. But I can’t sit here and dwell on that.”arlier with a speeding penalty.

With 43 laps to go, Matt Kenseth got loose and started to spin heading into Turn 1. Kenseth drifted and nearly saved it, but Chase Elliott couldn’t avoid the No. 20 car and plowed into the back of him.

Carl Edwards and Kurt Busch also were involved in the wreck.

“Bad job on my end,” Elliott said. “I should know better than to miss a wreck like that.” 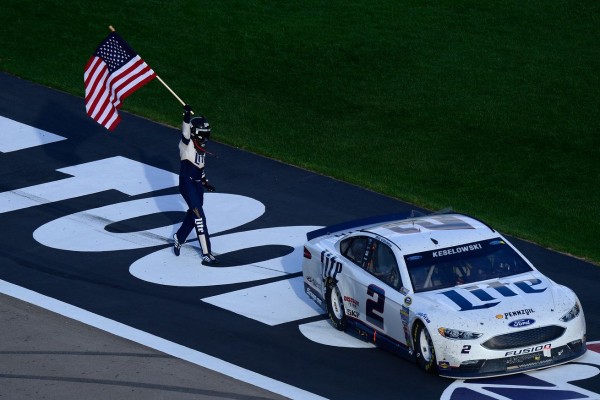