Legendary boxing trainer, Ray Arcel, once said “Ring sense is an art, a gift from God that flows out of a fighter like a great painting flows out of an artist, or a great book flows out of an author.” When audiences watched Roberto Durán box, they understood they were witnessing an aficionado putting his God-given gifts on display for the whole world to see.

The man with “hands of stone” may have had a powerful punch that caused his opponents to tremble with fear, but he was also a master of the sweet science who was as skilled at the sport as any other fighter of his time.

Roberto Durán grew up in Panama City, raised by a single mother, in an impoverished part of town. The history of the city itself could almost be seen as a foreshadowing of the events of Durán’s life. In 1671, it was ransacked and burnt to the ground in a rebellion led by Sir Henry Morgan.

However, it was rebuilt in 1673, only five miles away from the sight of the original metropolis. Throughout his life, Durán himself would go through many processes of destruction and reinvention. Some of his defeats would come at the hands of his opponents; while in other instances, he was his own worst enemy.

For a young man growing up in a region where most of his peers didn’t even dream of graduating from high school, escaping poverty was almost unheard of. Durán turned to the only way out he saw available to him, a career as a professional boxer. After sneaking into the gym at the age of eight-years-old and persuading the trainers to teach him the sport, Durán impressed enough to become a professional fighter at the age of sixteen.

Eventually, Durán caught the attention of a retired trainer by the name of Ray Arcel. Arcel had been a trainer in the 1950s when the sport had been infiltrated by organized crime and there were rumors of big-named fighters taking dives for bags of cash.

Arcel wanted no parts of fixed fights and refused to play by the unofficial rules. This led to him being assaulted with a led pipe after a tournament in Boston. The move, intended to intimidate Arcel into cooperating, backfired. Instead of instructing his fighters to throw fights, Arcel simply walked away from the sport altogether.

When Arcel began training Durán in 1970, he was already a professional fighter. However, he was still raw and unpolished, beating his opponents through shear strength and unbelievable talent. Arcel taught Durán to stay fierce, and remain aggressive, while at the same time sharpening up his defense and teaching him how to counterpunch when necessary.

It all came to fruition in March of 1972 when he beat Ken Buchanan in a 13th-round knockout victory to become the WBA lightweight champion. The impoverished boy had grown up to be a man, and a champion, and he had done it in the most famous arena in the world, Madison Square Garden.

“People, even more than things, have to be restored, renewed, revived, reclaimed and redeemed; never throw out anyone.”

Throughout the 1970’s, Roberto Durán was the most dominant fighter of the decade. However, by the end of the decade, it was clear he’d done all he could do in the lightweight division; it was time for him to move on to bigger and better things.

The stage was set for him to take on the ultimate media darling, Sugar Ray Leonard, for the WBC Welterweight championship belt. The fight was dubbed “The Brawl in Montreal” and was set to be a clash of two conflicting styles. Leonard was elusive while Durán was an aggressive fighter who was always on the attack.

However, in the weeks leading up to the fight, Durán began openly showing disrespect towards Leonard and saying he was afraid to stand in the middle of the ring and fight him like a man. The ploy worked. Instead of playing to his strengths, Leonard tried to match Durán’s punching power.

Three months later, the two men would meet in the Louisiana Superdome in New Orleans in a fight that will forever be remembered by the boxing world. With Leonard reverting back to the style that earned him an Olympic Gold Medal in 1976, and Durán getting more flustered with each passing round, the Panamanian champion eventually became too frustrated to continue. In the closing seconds of the eighth round, he looked at Ray Arcel and uttered the infamous words “No más!”

Back in Panama, Durán was derided as a loser. The man who’d overcome poverty and a broken home to become a world champion had done something no one would ever think possible; he quit. This was the low point of Durán’s career, the moment when his fan base turned on him and his supporters morphed into detractors.

There is a popular saying, derived from The Opera, “It ain’t over till the fat lady sings.” In the case of Durán, his loss to Leonard was not the end of his story, but the beginning of yet another comeback tale. Although he initially retired after the embarrassing defeat, Durán would eventually climb back into the ring, almost a year later. Seven fights into his comeback, he found himself back at Madison Square Garden, the sight of his first championship victory, with a chance to become the WBA Super Middleweight Champion against Davey Moore.

Durán put on a clinic that night, looking like his old self once again. He went on to defeat Moore with an eighth round TKO victory. The man with the hands of stone was once again a champion! His redemption was complete, and predictably his detractors would turn into his supporters once again.

Roberto Durán’s story should be seen as a prime example of a human being’s strengths being turned into their weakness. His bravado and fearlessness made him a great fighter. It was this attitude that also led him to bait Sugar Ray Leonard into a fight that was suited for himself and not tailored to Leonard’s style. However, this same refusal to bend, ultimately led to the frustration that caused him to throw in the towel during their rematch. Durán’s commitment to attacking his opponents head-on led him to believe all other approaches were inadequate, and therefore not worthy of his time, effort, or recognition.

Although quitting in the middle of a fight ultimately led to embarrassment for Durán, his refusal to be demoralized led to an even bigger triumph in the end. When he became the Super Middleweight champion in 1983, Panama City had a parade in his honor; the same fans who called him names three years earlier were now chanting his name celebrating his moment of triumph.

It is often human nature to kick a man when he is down. However, if Roberto Durán’s story can teach us anything it is this: the next time you see a man down, do not relish his trouncing or celebrate his demise. Instead, wait to see how he responds. You may find that when he dusts himself off from his defeat, he will return with more resolve, having grown tougher and wiser. The lessons he learned from the loss may propel him to a victory much greater than any he’s ever known before. 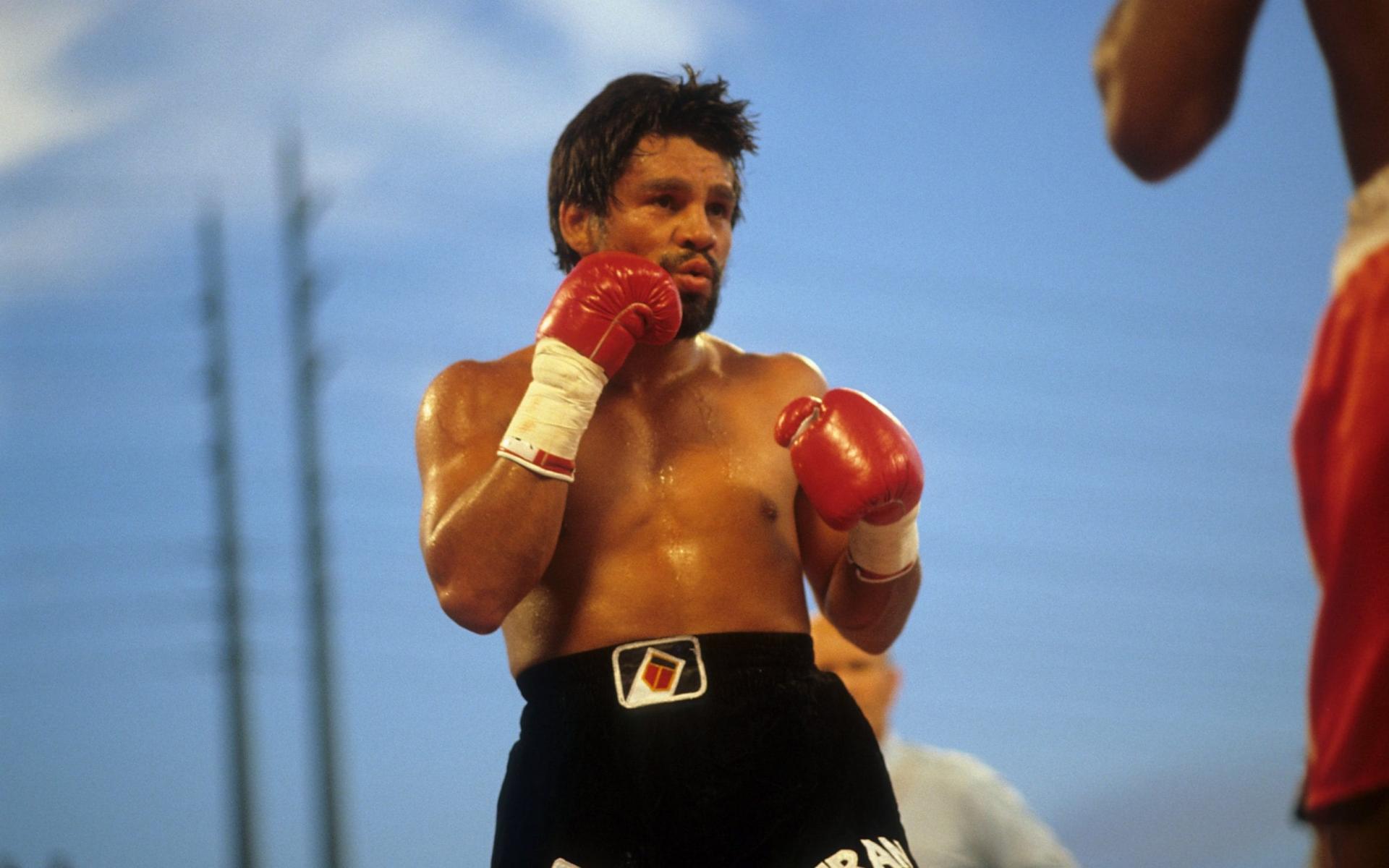