On 28th September at 8:00 pm, the biggest game of the Champions League group stages so far will be played. A crucial match where both teams will be looking to stamp their authority and intentions for the rest of the tournament.

Over the past decade, Man City vs PSG has become a common fixture that usually occurs in the knockout stages of the Champions League, with Manchester City tending to have the better of their opponents. Fortunately for us football fans, we will be treated to these two giants of European football battling for the top qualifying position of Group A.

Last season Manchester City edged PSG to a 4-1 victory on aggregate in the semi-final, winning both legs 2-1 and 2-0 respectively. The scoreline could be misinterpreted as Man City dominating their opponents, whereas it could be said that PSG shot themselves in the foot in each leg by getting red cards in both games.

Going a man down to a team like Man City is a death sentence as the quality Man City has in retaining possession and chance creation is undeniably one of the best in the world. PSG will be looking to make amends for the mistakes made last season and take revenge for the unsightly manner in which they exited the Champions League.

This time around PSG has made some vast improvements to their already star-studded lineup. The acquisition of world-class players in the form of Sergio Ramos, Achraf Hakimi, Gianluigi Donnarumma, and let’s not forget Lionel Messi, have made PSG a team that you would normally only fantasise about. It hasn’t been all smooth sailing so far this season despite the ridiculous level of talent within the squad.

A disappointing 1-1 draw to Club Brugge in their first game group stage of the Champions League left much to be desired with a clear lack of understanding between the players being the main takeaway from this result. This has brought doubts over the use of Mbappe, Neymar, and Messi in the same starting XI. Whether they can play to the best of their ability while all on the pitch is still to be determined, but thus far it doesn’t look like they have figured it out.

Can Lionel Messi still have the same impact?

The signing of Lionel Messi on a free transfer this Summer stunned the footballing world, with expectations being understandably astronomical. Unfortunately, Messi has struggled relative to what we have seen from him for the past decade. Currently without a goal or assist to his name despite playing 3 matches has left people questioning if he still has the same influence as he had at Barcelona. In his last game against Rennes, he was substituted with a knee injury, leaving doubts over his inclusion against Man City.

His record against Man City is fantastic with 6 goals in as many games, knowing PSG fans will be desperate for him to play and hope this is the match to ignite his career at PSG.

Manchester City is in scintillating form, scoring 14 and conceding 4 in their last 4 games, with an emphatic victory against RB Leipzig (6-3) in their first Champions League group stage match. Unlike PSG, Man City had a fairly quiet transfer window with the only notable signing being Jack Grealish (£100M).

While Grealish is a key signing that will improve Man City’s chances in the Champions League, the complete lack of any strikers being transferred in is a cause for concern if Gabriel Jesus is injured.

There have been reports of disharmony in the PSG camp with Mbappe being visibly annoyed with Neymar not releasing a pass to him in their Ligue 1 victory against Montpellier, with there even being reports of Mbappe calling him ‘a tramp’.

Mauricio Pochettino played things down stating ‘These things happen between top players’ but this visible discord maybe an insight into the lack of chemistry seen from PSG in their draw against Club Brugge.

Time will tell if Mbappe and Neymar are able to get over their personal issues, both on and off the pitch, but if they can link up and reach their potential then they will be a force to be reckoned with. If Lionel Messi is also able to return from injury, then PSG will have more than a fair chance to come away with a positive result at home against Manchester City

In the Premier League, this season Man City has been defensively solid, conceding only 1 goal and facing only 6 shots on target. This will give Pep Guardiola confidence that his team can go to Paris and frustrate the already disgruntled stars of PSG.

The tie is set up nicely to produce a world-class fixture that any football fan worth their salt will be tuning into. In my opinion, I believe Manchester City will take all the points back home with them as they are a complete team who are willing to work for each other rather than a team of individual superstars. 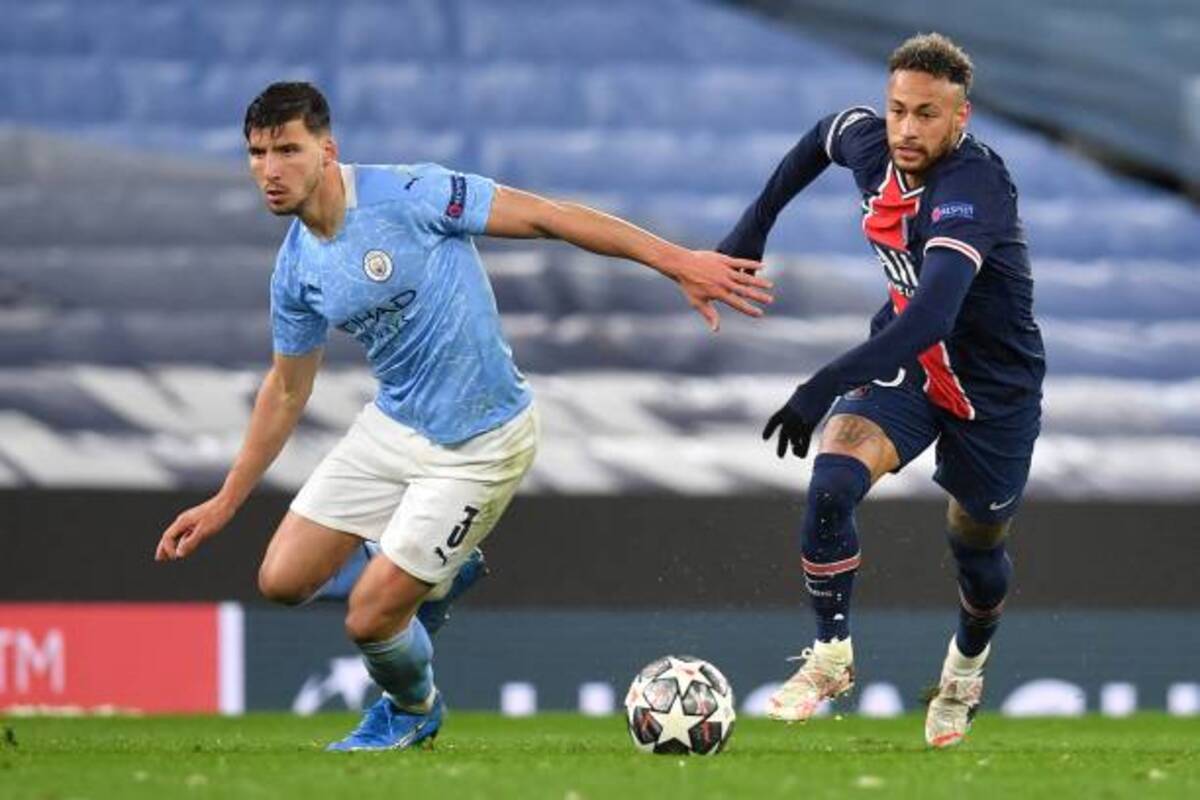