We now know who is in the last eight of the Champions League and its time to start seriously thinking seriously about which teams will be able to challenge for Europe’s most prestigious club trophy. Friday’s draw threw up a few potentially tasty encounters with the one catching most people’s eyes being the Madrid derby between Atletico and Real. Also featuring is a return to the Nou Camp for Ibrahimovic as his PSG face Barcelona.

A repeat of last years final sees two unusually out of form sides come together to contend one of the fiercest derbys in the world for the 7th time this season already. With Atletico having won the majority of them, Real know that they need to improve their current form if they are to knock out the Rojiblancos. After the last 16 second leg against Schalke, Ancelotti described his team’s performance as ‘very, very bad’ and ‘deserved of boos’ and many Spanish based newspapers are hinting at him being on his way out of the Bernabeu if he fails to succeed domestically or in Europe.

As for Atletico, they’ll be looking for their fifth win of the season over their close rivals and in the process, reach the Champions League semifinals in consecutive years for the first time under club hero Diego Simeone. However, they will be keen to improve on their performance against Bayer Leverkusen on Tuesday night. Scraping through on penalties wouldn’t have been what they had in mind before the match but nonetheless they are through and looking real contenders. This one is wide open and will be some spectacle to watch.

PSG’s reward for overcoming Chelsea in extra-time in the previous round is a fixture against all firing Barcelona. It will be an all but emotional return for the French outifit’s main man Zlatan Ibrahimovic having left the Catalan club on rough terms after having a row with then manager Pep Guardiola.

Suspended for the first leg, he’ll have to try and send his team through in the second leg at the Nou Camp. Its been a mixed past week for the Swede, but all the doubts have surely been put to rest after he bagged a hat-trick in a recent Ligue 1 match against Lorient.

Also playing against his old club will be Brazilian left back Maxwell if he is able to keep his place in the starting XI in front of highly rated, fellow Brazilian youngster, Marquinhos.

The 20 year old has been linked with clubs such as Manchester United and Real Madrid and will have to be on top form if his back line will be able to stop the brute force attack of Barca’s Messi, Suarez and Neymar- who seem to finally be clicking and playing with supreme fluidity.

These two teams faced each other in the group stages with the home side winning on both occasions in two epically passionate encounters. If this quarter-final can live up to those standards the neutral supporter should be in for a treat with this match.

The 2013 winners Bayern, look certain on reaching the last four this year after being gifted a ‘miss-match’ in the form of Portual’s second best team, Porto. The 2004 winners have been handed a pretty straight forward path to the last eight but all hope of reaching the semis will almost have been all wiped away after seeing who they’re contesting.

Bayern have yet to noticeably break stride this season, scoring 94 goals in all competitions, and they don’t look like stopping any time soon. The German champions stylishly won this years ‘group of death’ before overcoming a slight first leg blip against Shakhtar Donetsk to put the Ukrainians away 7-0 in the second.

This may be looking like another routine victory for Munich but Porto won’t give up without a fight however the fight will most likely not be strong enough.

Another team who look to have been handed a ticket to the semifinals is Juventus who will be up against the shock conquerors of Arsenal in the previous round, AS Monaco. The well organised French team grinded out an away goals victory leading them to their first Champions League semifinal in 11 years.

Although they have conceded only four goals this campaign, Les Rouge et Blanc will have to come face to face with a Juve offensive line up with the likes of Carlos Tevez, who against Borrusia Dortmund in the last 16 was on fine form, scoring two and setting up the other. Massimo Allegri’s side will have to hope Paul Pogba is fit after he had to come off midway through the first half on Wednesday night.

Come the 22nd of April we will know the which four teams will have progressed from these matches and will be continuing on the road to Berlin. 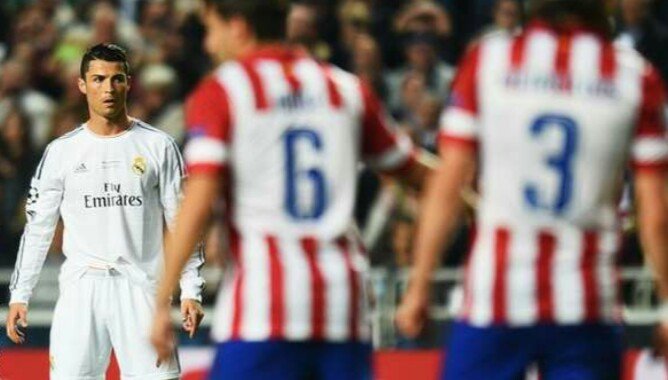