Austin Dillon became the second surprise winner in the NASCAR Cup Series in only two weekends, benefiting from a great strategy call on a hot summer day at Texas Motor Speedway.

In a race where track position and clean air were key and fresh tires didn’t have a significant effect, RCR took a gamble with less than 30 laps to go, when both of the team’s cars came to the pits for the final time after a caution that fell right in the middle of a round of pitstops. Everyone that hadn’t already been on pit road took the opportunity to do so, and while almost every other car took four tires, Austin Dillon’s pit crew only changed two, which allowed him to gain several positions. However, Dillon would line up second for the restart, since his teammate Tyler Reddick was the only driver who didn’t change any tires.

The 2018 Daytona 500 winner made the most out of the restart with 22 laps to go, overtaking Reddick to take the lead. With older tires than everyone behind them, the two teammates had to survive two more nerve-wrecking restarts, but managed to hang on to claim a surprising 1-2 finish for Richard Childress Racing.

By taking the famous #3 car to victory lane, Austin Dillon claimed only his third career Cup Series win and the first in more than two years. He also clinched a spot in the playoffs, becoming the second driver to do so while being outside out of the top 16 in points, after Cole Custer’s surprising win at Kentucky last Sunday.

This is also the team’s first win since the 2018 Daytona 500 and the first 1-2 finish since 2011 at Talladega. The past few years have been very difficult for RCR, one of the most successful teams in NASCAR history, with both of its cars failing to reach the playoffs in 2019. Nevertheless, yesterday’s fairytale result proves that the group led by Richard Childress is on the right path.

Reddick’s second place was also very important for his playoff hopes, with the 2018 and 2019 Xfinity Series champion now only 14 points below the cutline. Joey Logano and Kyle Busch, who spent the last 20 laps battling for third place, finished behind both RCR drivers, with points leader Kevin Harvick completing the top five. Erik Jones came home sixth, in front of Ryan Blaney, who won stage one and stage two and led 150 laps. The Penske driver clearly had the fastest car, but was one of the unlucky drivers hurt by the caution that completely changed the outcome of the race.

Just like Denny Hamlin, who had actually come out of the pits in front of the #12 Ford by only changing two tires, Blaney had already made his final stop before Quin Houff’s crash, and was therefore a lap down when the caution flew, while many drivers hadn’t stopped and got the chance to do so under caution. Blaney had to restart as one of the last cars on the lead lap and wasn’t able to make much ground, finishing in seventh place, ahead of Kurt Busch and Brad Keselowski.

Despite leading 35 laps, polesitter Aric Almirola had to settle for tenth at the end of the race. The Stewart-Haas driver suffered from brake issues all afternoon and was penalized early on due to a blend line violation. He had made his way to the front again in the final stage, but was one of the drivers that had already pitted during the last round of stops before the caution.

Yesterday’ race at Texas Motor Speedway had ten cautions and was red-flagged during the third segment due to a crash that damaged several cars, including those of Martin Truex Jr, Cole Custer, Ryan Preece and Ricky Stenhouse Jr. The Busch brothers and Aric Almirola were also involved, but didn’t suffer significant damage. 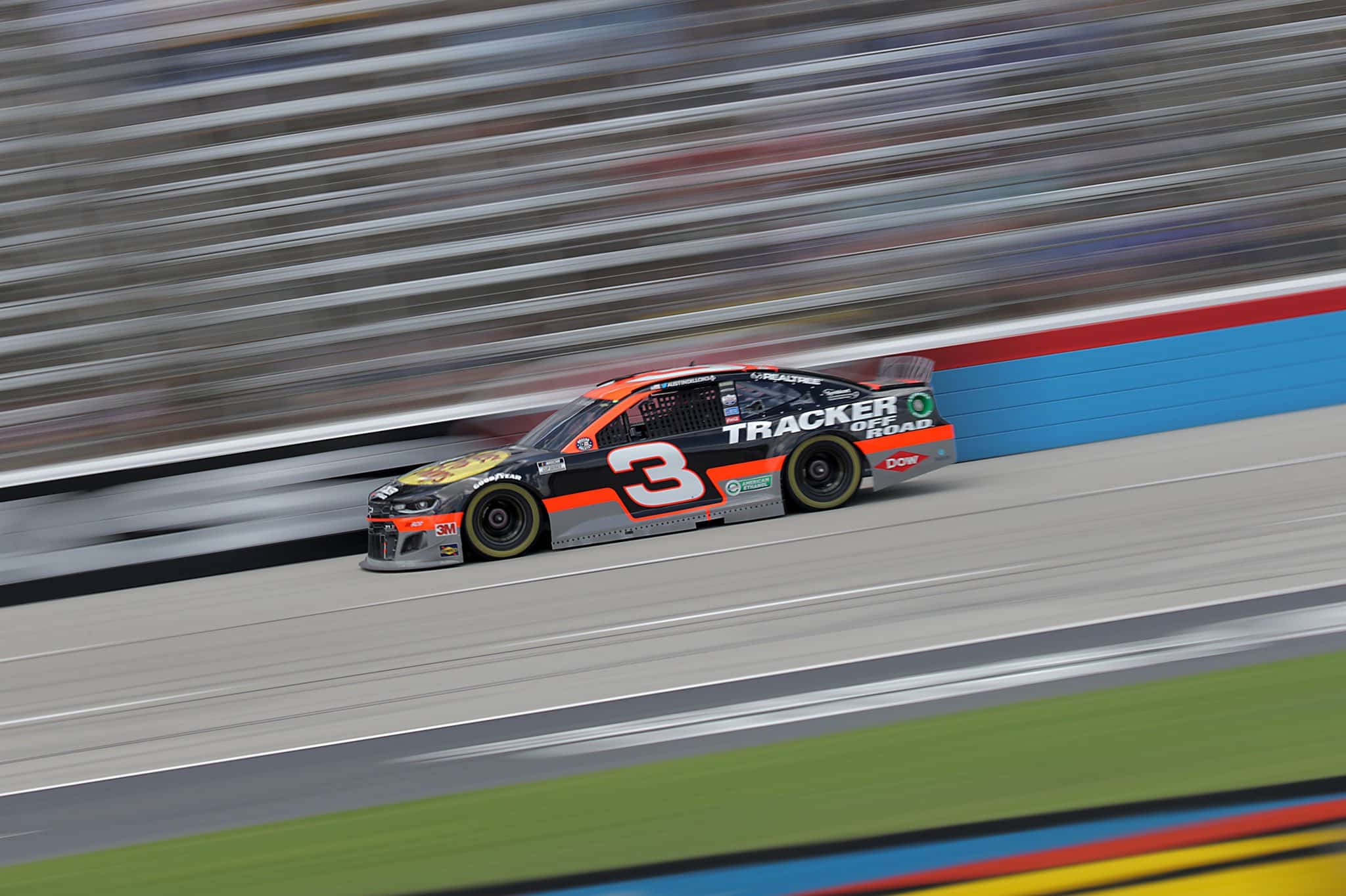