In a very eventful, end-to-end match, Chelsea came out on top against Manchester City on Thursday, winning 2-1 to shore up their top-four aspirations, while simultaneously handing Liverpool the Premier League title.

Christian Pulisic capitalized on a defensive error to score a wonderful solo goal, but shortly after the break City equalized through a sensational Kevin De Bruyne free-kick.

However, it was Chelsea who would have the last word as Willian coolly converted a penalty after Fernandinho stopped a goalbound shot from Tammy Abraham with his arm to give his side the win.

This result puts Chelsea five points clear of Manchester United in fifth, and just one back of Leicester City in third. While Pulisic took center-stage, the real hero of this match is manager Frank Lampard.

Coming off a narrow, come-from-behind 2-1 win against relegation-threatened Aston Villa, Lampard had some key decisions to make for arguably the most difficult remaining game in the season.

Looking back on this match, he got them all spot on. 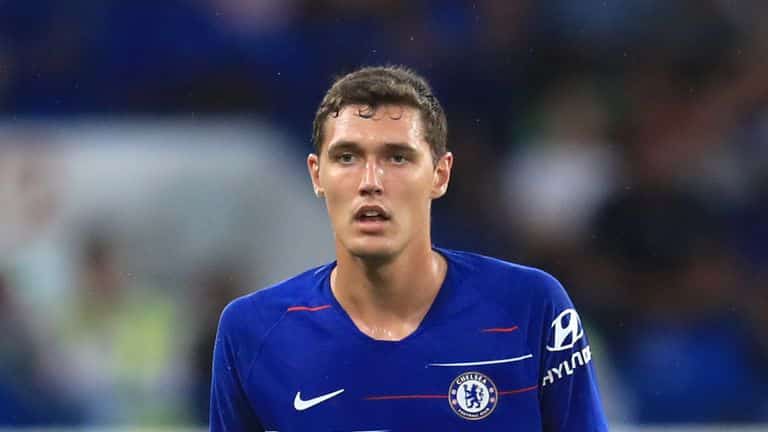 The young Dane had a very poor game against Villa, looking nervous on the ball and unfocused off it.

With academy product Fikayo Tomori not fully fit yet, many fans were calling for the inclusion of Kurt Zouma in the team at the expense of Christensen.

But the Blues boss kept faith in him, and it paid off. The 24-year-old put in an excellent performance at the heart of the defense, more than justifying his manager’s decision.

He won all eight of his aerial and ground duels, adding four tackles, three clearances, a brave block with his head, one big chance created, and 42 passes with 93% accuracy (stats via WhoScored).

It was truly a dominant performance from the center-back. 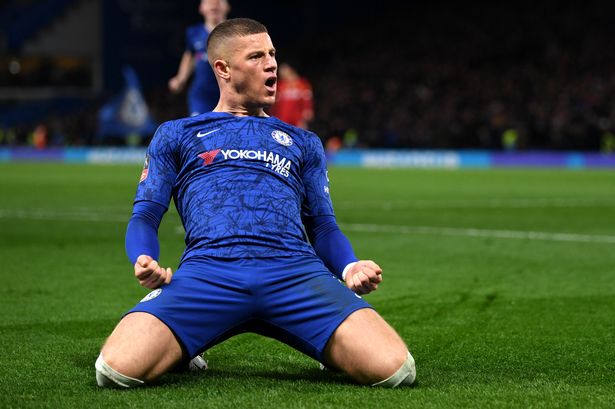 Dropping key midfielder Kovacic for Barkley was undoubtedly the most controversial decision Lampard made.

Kovacic is arguably Chelsea’s best midfielder, so dropping him against the defending champions was certainly a bold move.

However, Barkley had a good game, with his strength and tenacity vital in a game where the Blues had to defend for long stretches. Against a team like City, Barkley’s stature was also important.

Kovacic is at his best when his team controls possession, dictating play, breaking lines, and unlocking defenses.

As Lampard knew that wouldn’t happen on Thursday, with City being the mesmerizing possession-based team they are, he opted for the added steel of Barkley in the midfield.

His plan worked, as the Englishman contributed nicely to the win, before being replaced by Kovacic with around 20 minutes to go.

After Pep Guardiola‘s side went down to ten men and his side took the lead, Kovacic helped to keep possession and see the game out effectively, as both men played their parts in the victory.

While the Croatian also could’ve helped break down Man City, Lampard was justified in starting Barkley, and he subbed Kovacic on at the right time for him to have the best impact. 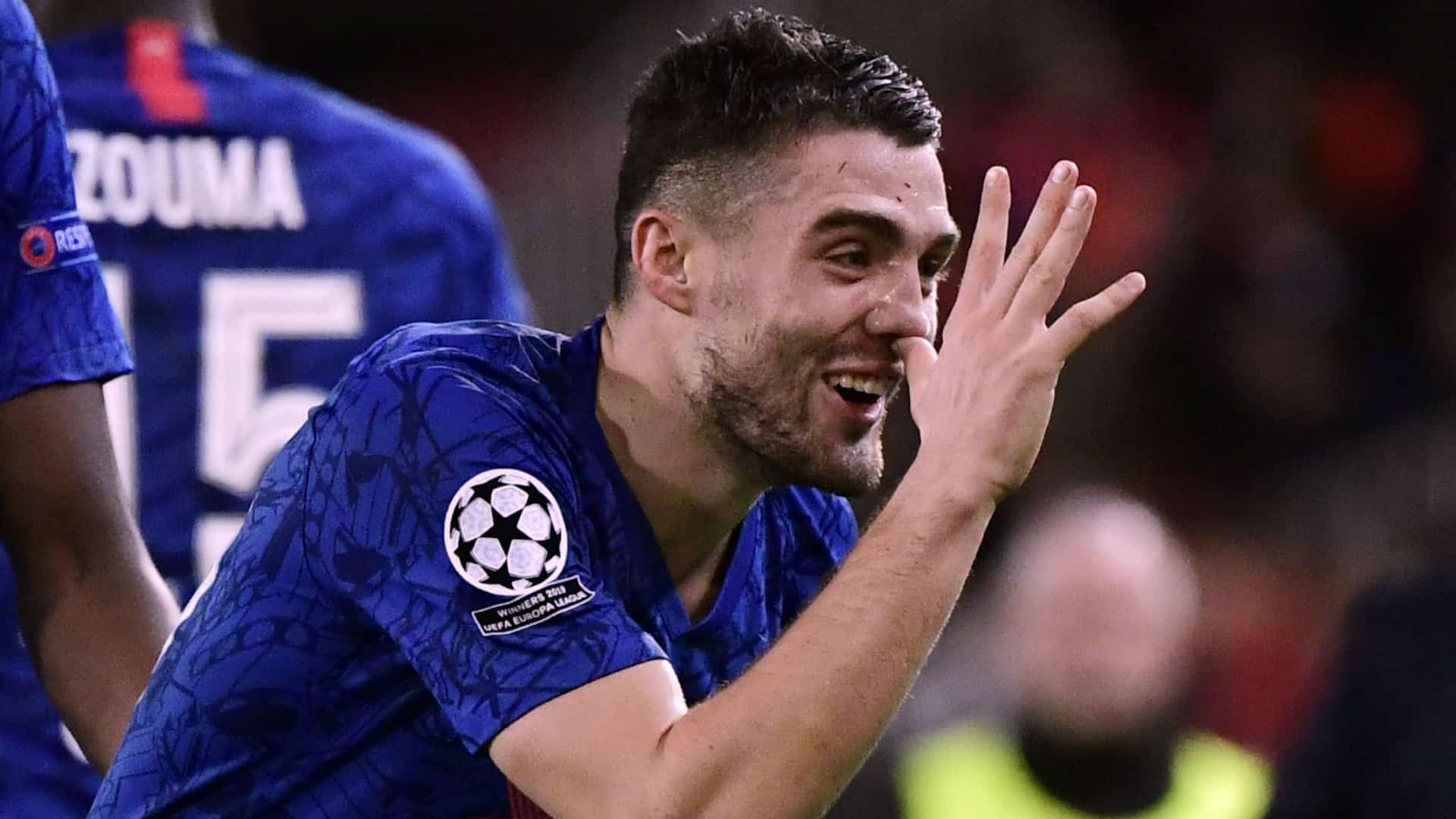 Having scored the equalizer off the bench against Villa, Lampard opted to give Pulisic the start against the Citizens, and the American showed his ability.

After threatening the opposition’s back line instantly with some good incisive runs, he made his breakthrough in the 36th minute.

A miscommunication between Benjamin Mendy and Ilkay Gundogan put the ball in Pulisic’s path, and he just took off. Running past Gundogan with ease, he then used a quick change of pace to fool Mendy and put him 1 on 1 with Ederson.

With still a lot of work to be done, the youngster showed impressive composure to curl the ball out of the reach of a diving Ederson and into the bottom corner from the edge of the area to give his side the lead.

He was a constant menace to City’s defense, coming inches away from scoring his second after he rounded Ederson only to be denied by a miraculous Kyle Walker clearance off the line.

Give Lampard credit for managing his minutes against Villa to get him fit and firing for this game, so he could have the maximum possible impact.

This was just his first start since January 1st, and we have not yet seen the best from the 21-year-old.

The thought of him combining with Timo Werner and Hakim Ziyech next season is a frightening proposition, and they could lead the Blues attack for years to come. 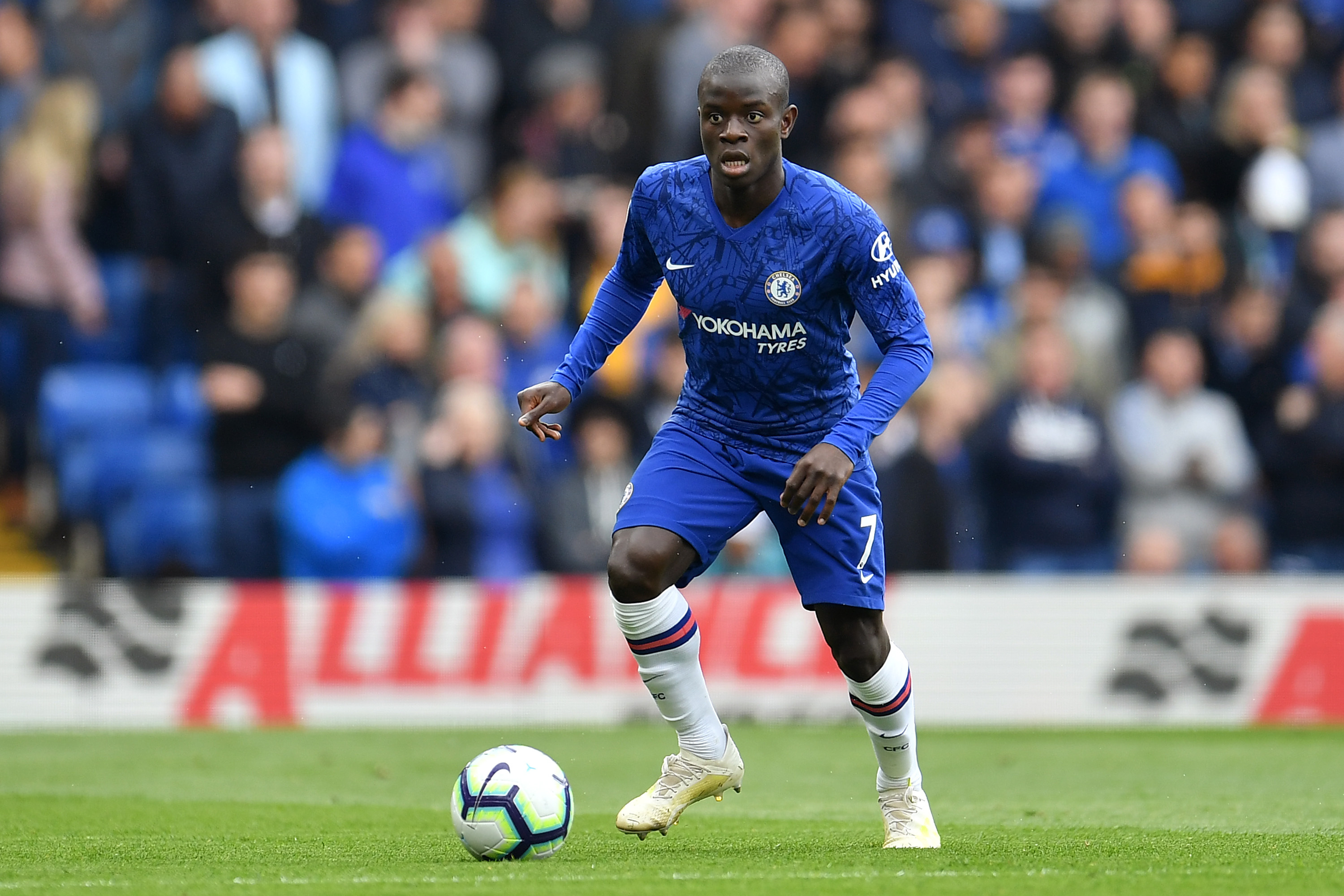 With Jorginho suspended against Villa, Lampard took the opportunity to try out Kante in the holding midfield role, and it worked to perfection.

Now with Jorginho back, the manager did the exact same thing.

The Frenchman once again showed what his best position so clearly is, and Lampard understood and adjusted accordingly.

It was not Kante’s best game, giving up the foul that led to De Bruyne’s goal, but just the fact that he played was a huge asset to Chelsea.

An average game for Kante in his preferred position is better than a lot of players’ top form, and he led the team in interceptions today (stats via WhoScored).

While Jorginho may be better at building from the back and is still a crucial player for Chelsea, defensively Kante offers so much more protection to the back line, which is his most important job.

Lampard completely rejected rumors of a possible Kante departure, outlining his continued importance to the team both in the short and long term.

If he begins to play regularly in his best position again, he can easily get back to his previous world-class form, where he won back-to-back Premier League titles and the World Cup. 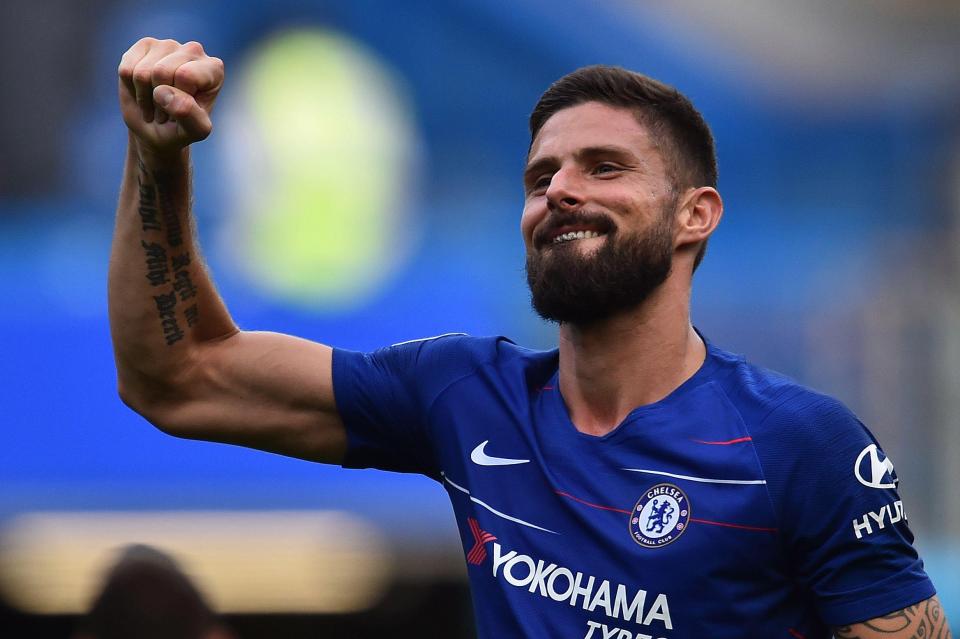 Giroud‘s overall performance may not have justified Lampard’s faith in him, but his selection was the right call. While Abraham provides the threat in behind that Giroud can’t, the Frenchman’s link-up play is very helpful under these circumstances.

When the side is defending for long periods of the game, once they do finally recover possession, Giroud is the perfect player to be able to pass it to.

He is one of the best in the league at holding up play and laying it off for others, combining several times with Pulisic in the center of the pitch to spring counterattacks, including a lovely backheel.

However, as City tired Chelsea out, Giroud’s lack of energy meant he could no longer press, and when the ball was played up to him, he was too tired to chase and fight for it.

Lampard decided to bring in Abraham around the hour mark, which was perhaps a bit too late as Giroud’s influence had already faded.

Nonetheless, it gave the young striker plenty of time to have an impact on the game, which he did by helping to draw the winning penalty.

This selection was an example of Lampard using two very different skill sets for different parts of the game where they would be needed most, and it worked. 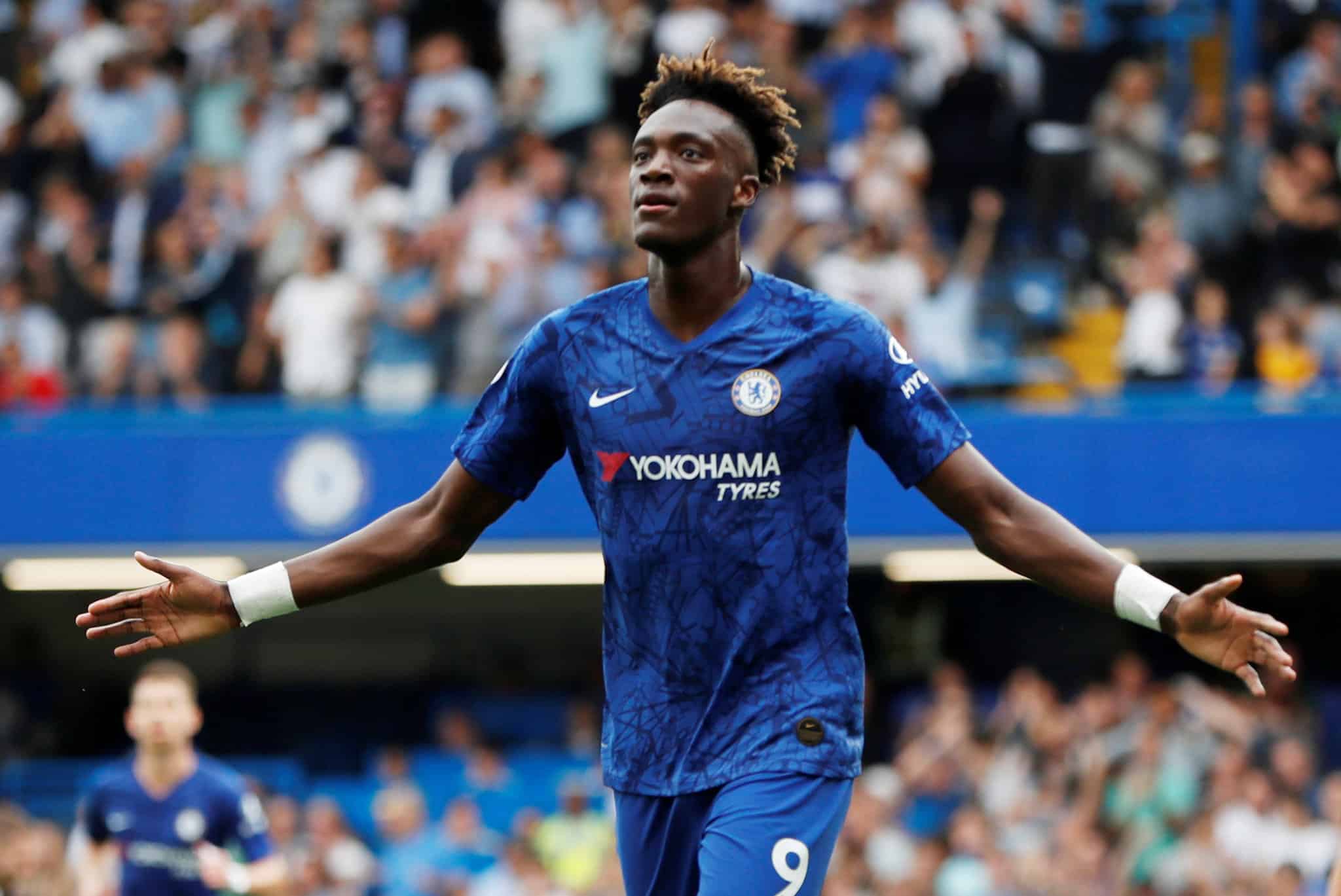 Chelsea has had a few critical games this season which have determined the top-four race. Both of the games against Tottenham Hotspur come to mind.

In each game, the Blues would’ve been replaced by Spurs in the top-four had they lost, and in each game, they put in one of their most impressive performances of the season.

This game had a very similar feel to it.

A loss would’ve narrowed the gap between Chelsea and the chasing pack to just two points while putting them four behind Leicester, not to mention the huge psychological blow it would have been.

But much like the games against Spurs, Lampard played all his cards right, and his side stepped up when required to beat the defending champions.

Now, Lampard’s side is breathing down Leicester’s neck, who have drawn back-to-back games against mid-table opposition, and have put some distance between themselves and United.

Instead of nearly being overtaken by Ole Gunnar Solskjaer and his improved squad, Chelsea is now close to overtaking Leicester themselves.

When they play Liverpool on the penultimate week of the season, the Merseysiders will have already won the league ages ago, which means this was probably the hardest game left of the restart.

Their ability to outperform the second-best team in the league is a clear signal of intent to the rest of the teams, and Chelsea is likely now the favorite to at least secure Champions League football, and maybe even finish third.

This was not just a routine 2-1 win, make no mistake about it; this was a HUGE three points. 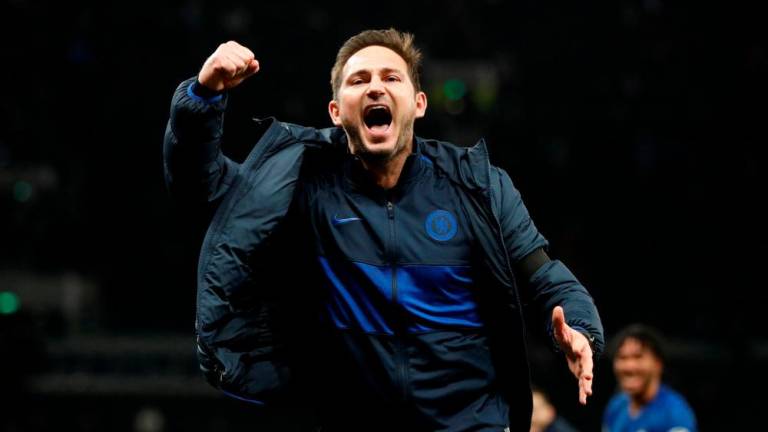