Manchester United’s Ole Gunnar Solskjaer will make a few changes ahead of their quarter final match against Norwich City at Carrow road. With games coming thick and fast, rotation of the squad is absolutely necessary. Keeping players fresh and hungry is vital in these stages of the tournament and the league, wherein they hope to seal the Champions league spot.

With Ole making it clear in the pre-match press conference that Jesse Lingard will play a part in the quarter final, who was left out of the last fixture due to illness. There might be some more changes to the squad depending on the formation the manager wishes to play.

Here are the two possible lineups which could be used.

It would be really unfair to bench Romero in this fixture with the Argentinian keeping 11 clean sheets in 14 games with just 3 conceded. He has emerged as one of the best backup goal keepers at Manchester United. So, he would get a nod to be in between the sticks.

Defense might feature Brandon Williams, Maguire, Bailly and Dalot a solid defense, with Luke, Lindelof and Wan bissaka to be rested for Wednesday’s fixture against Brighton.

Fred and McTominay could feature as the CDM pair, having developed a great relationship between the two. Matic should be given rest, as he does not seem to be the type of player who could play every 3 days.

With Jesse Lingard and Mata being the creative one’s and Dan James with his pace can create a lot of problems for Norwich who have lost their last two matches and are not in a great run of form.

Odion Ighalo could well feature as the sole striker, the way he has played up until now, it seems he could really use 90 mins of good football and score in 1-2 goals.

With Romero and the other three defenders same, Wan bissaka could be used in place of Dalot as he gives a more defensive approach along with assists.

Pogba could be retained, as he could really benefit from some more minutes under his belt. This could leave a place for either of the two McTominay or Fred.

Lingard playing the number 10 role, with Rashford on his left and either of Greenwood or Dan James to his right. All three of them having scintillating pace, could well be a threat for counter attacking football.

Martial could retain his place after a brilliant hattrick against Sheffield United. Odion Ighalo looks a more favorite one to start tomorrow as Ole and his team have their next game in 3 days time.

With more young players in the squad, resting them or rotation is not more of a problem but a privilege Ole has. The team suddenly looks all glued up as soon as the midfield duo of Pogba and Bruno came on, helping them to break down teams with a low block or teams who like to play deep and let the opposition have all the possession.

With Manchester United as favorites for this fixture, let’s hope to keep this winning streak of 13 unbeaten games across all competitions on, and march on towards the semis of FA cup, a competition Ole and the boys want to win. 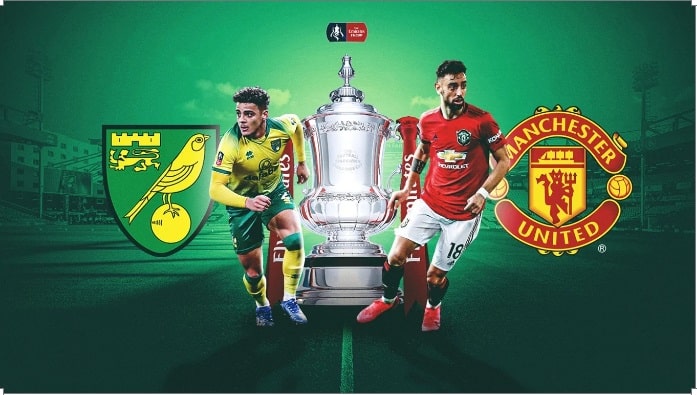