Chris Colbert came through his toughest test to date, outpointing Tugstsgot ‘King Tug’ Nyambayar convincingly and doing so with flying colours, retaining his WBA interim Super-Featherweight title. Still, at the tender age of 24, should Colbert be thrown to the wolves or keep developing before the big fights at 130 lbs?

King Tug came in on short notice, replacing the injured Yuriorkis Gamboa and stepping up a division in the process. Having fought at world level before, losing to Gary Russell Jr. but giving a good account for himself, King Tug was a much tougher test for Chris ‘Prime Time’ Colbert than Gamboa ever would’ve been.

In the early rounds, the game plans of both became evident. King Tug was definitely looking for power shots, likely due to him having less of a camp to prepare for the fight and Colbert exhibiting his speed and sharpness, moving into range and out consistently.

Early on, Colbert was getting the better of the exchanges, his speed proving too much for King Tug who couldn’t find the openings he needed to hurt Colbert. Colbert was also switch-hitting, changing from orthodox to southpaw, giving Nyambayar different looks to confuse him.

In the 3rd came King Tug’s best work, landing a left hook flush on Colbert’s chin and hurting him. Colbert dealt with the punch well and saw out the round but King Tug was definitely still in this fight. Against, later in the third, King Tug lands a right straight on Colbert which hurt Colbert again. King Tug’s power was definitely carrying up a weight class.

In the middle rounds, King Tug was finding it hard to time Colbert and wasn’t throwing enough. Colbert was too speedy for King Tug and getting the better of the rounds for sure. He was working great behind his jab and just keeping King Tug at bay.

Putting combinations together, Colbert was in cruise control and not letting the oncoming King Tug get anything going in terms of his offence.

Clearly ahead on the scorecards, Colbert was cruising towards a wide decision victory. In the last few rounds, he definitely coasted with King Tug looking to land a knockout blow. This fight was absolutely won with the jab of Colbert.

King Tug, despite losing by wide decision definitely gave a good account for himself, especially since he agreed to the fight on 2 weeks’ notice. He deserves to still be in the conversation for future title shots for sure.

Colbert saw out the fight with a Champion’s mindset, proving he is ready for a jump up in competition but who next, for a guy who doesn’t have the namesake to vie for the big fights just yet?

Now a fight against Gervonta Davis isn’t going to happen right now with Tank being on a trajectory towards big money fights on every outing. However, with both fighters signed to the PBC promotion, it would make sense in the future, especially since Gervonta has the Super WBA title to Colbert’s Interim WBA title.

Right, I believe Tank would be too much for Colbert but in a few fights time when Colbert is more seasoned and if Tank can continue making the weight cut to 130 lbs, this would definitely be an interesting clash of styles. If both continue their careers and progress the way they should, this could become one of the biggest fights in the sport.

Roger Gutierrez, the ‘Regular’ WBA Champion would be a good step up for Colbert. Having beaten Rene Alvarado as an underdog to gain the title, Gutierrez would definitely be an interesting fight to see the skills that Colbert has. Colbert I believe would likely come through this fight and although it may not get the media recognition that it deserves, it would definitely show the hardcore fans that Colbert is for real at Super-Featherweight. 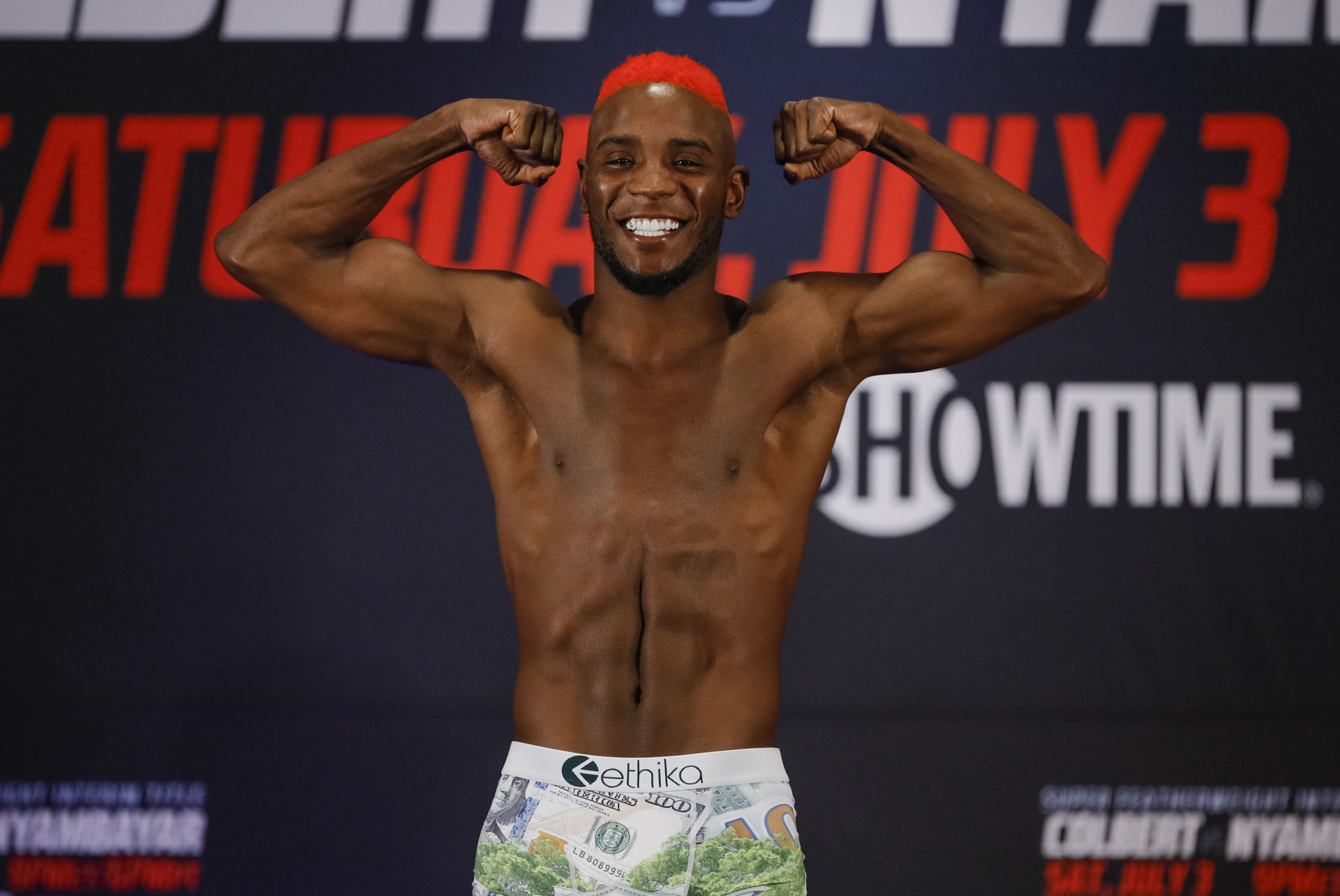