In what was a successful debut outing at 140 lbs, TKO-ing Mario Barrios in the 11th and winning the WBA ‘world’ title, Gervonta Davis cemented himself as a true contender, regardless of division. Be it Lightweight or Super-Lightweight, Tank can hold his own with all the top dogs. Now it’s time to carry this momentum and fight the other top fighters.

Knocking out Mario Barrios in the 11th in front of an Atlanta crowd at the State Farm Arena, this win was a massive statement from Tank, showing he can handle anyone from 130 to 140 lbs.

Coming off his The Ring Magazine Knockout of The Year against Leo Santa Cruz, Davis jumped from 130 (Super-Featherweight) to 140 (Super-Lightweight) lbs to face Mario Barrios and try to become a three-weight world champion.

The first four rounds were a little cagey by Tank, Barrios getting the better of the fight, using his height and reach advantage to good effect.

The third round was big for Barrios, landing power straights consistently on Tank and making it known he wasn’t here to jab and move.

Working behind his jab well and using straights when needed, Barrios looked comfortable in the early fight and was looking to see out the rest of the fight using this style. However, Tank seemed to be feeling Barrios out and finding ways to engage with Barrios.

The fifth was where the momentum shift was evident, Tank finding his range and landing lefts on Barrios that caused him to acknowledge his power. Body shots from his right hooks, left hooks and straights to his head, Tank was closing the distance and to great effect.

Tank was finding his range and trying to work around the length of Barrios. He adjusted well, with the middle rounds seeing a swing in momentum towards Tank as he closed the distance well and showcased the power he had. He was finding his rhythm and taking over the fight.

Tank’s power was translating at Super-Lightweight and Barrios was struggling to deal with it. Having jumped up two weight divisions, this was impressive to see as there were hesitations about whether the power would translate.

Barrios looked in trouble but went on his bike and survived the round but took a lot of damage.

All the momentum was with Tank, now treating the fight as a sparring session.

Now onto the 11th, the fight ending sequence. Tank consistently closing the distance, he lands a left hook to the body, but Barrios gets up. Not for long though as Tank comes in, lands another body shot and the referee steps in.

Although there may not be one punch, fighting ending power for Tank at 140 lbs but he has as much power as any of the best at the top of the division.

Tank holds the WBA ‘world’ title at 140, the secondary belt to Josh Taylor’s WBA ‘super’ title. Josh Taylor, recently becoming the undisputed champion at 140 having beaten Jose Ramirez, is in talks to face his WBO mandatory Jack Catterall but if he comes through that fight or those negotiations fall through, Tank vs Taylor would be a great fight. Both have verbally sparred in the past and with Taylor wanting to move to 147 eventually, getting some big money fights at 140 before the move would be great to see. So, with Tank technically being the mandatory to Taylor, this fight makes sense but unlikely to happen in all honesty.

Vasyl Lomachenko on the same night got back to winning ways, beating Masayoshi Nakatani by 9th round stoppage. If Tank is still willing to cut down to 135, a fight against Loma would be incredible. Loma, being slightly small for the weight and Tank being slightly big could cause the problems that Teofimo Lopez caused for Loma but the way Loma looked last night against Nakatani, Loma looked back to his unbeatable best. The fight has been rumoured before and if Loma can’t get his rematch against Lopez, booking the fight, Tank vs Loma would be must watch tv. 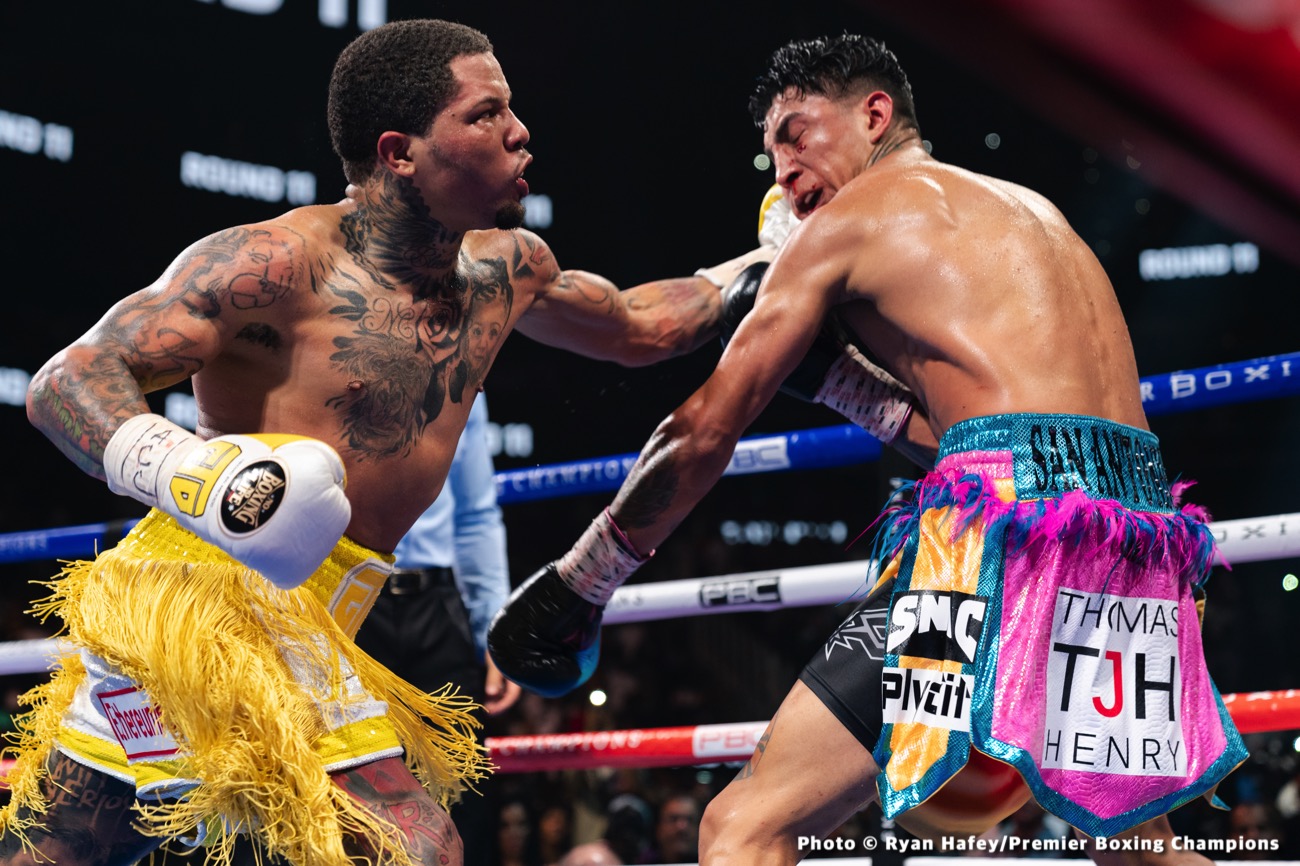