This Friday night will see the conclusion of the European Challenge Cup, as Leicester Tigers face Montpellier at Twickenham Stadium.

10,000 fans will be in attendance at the home of rugby, to watch the first major rugby union fixture on British soil in over a year where fans have been present.

This will be followed by the final of the European Champions Cup on Saturday, as French sides Toulouse and La Rochelle battle it out for the most coveted of the European prizes.

Coming off the back of a frenetic victory over Harlequins at the weekend, Leicester will be full of confidence as they go into their first major final under head coach Steve Borthwick. The East Midlands side have had a resurgence under the former England lock’s guidance, and appear to be on the right track for getting back to the top of English rugby.

Fly-half George Ford has been in glorious form in recent weeks and will need to be at his absolute best if Leicester is to claim their first piece of silverware in almost 4 years. England international Ford will be relying on the likes of Ellis Genge, Jasper Wiese and Nemani Nadolo to give Leicester plenty of go forward, allowing him to explore cracks that appear in the opposition defence.

Montpellier on the other hand, are struggling in the Top 14. Sitting in joint 10th position, their displays in the French league are a stark contrast to their clinical and gritty victory over Bath in the semi-final at the Rec. This performance away from home was an indication of the quality possessed by the team from Southern France – and with the likes of World Cup winners Handre Pollard and Cobus Reinach coming off the bench, you can never count them out.

Leicester’s young guns up against the wiley old heads of Montpellier – I for one can’t wait to take my seat at Twickenham on Friday night for this thrilling encounter.

4-time champions Toulouse, are bidding to become the first team in the competition’s history to lift the trophy on 5 occasions. Toulouse, who currently sit at the summit of the Top 14 in France, have been underwhelming thus far in their quarter-final and semi-final victories over fellow French teams Clermont and Bordeaux.

Meanwhile, La Rochelle has been in sublime form, dismantling both Sale and 4 time champions Leinster in their quarter-final and semi-final performances. The victory over Leinster was particularly striking, with the Irishmen unable to cope with the power and physicality of the likes of second-row Will Skelton and back-rowers Gregory Aldritt and former All Black and World Cup winner Victor Vito.

Write off Toulouse at your peril though – the 4-time winners are blessed with an equally monstrous pack, that boasts the likes of 2-time rugby World Cup winner Jerome Kaino, and the Australian-born Arnold twins packing down in the second row.

This looks set to be an absolute cracker in the British capital – you won’t want to miss it!

Will Leicester go all the way and secure Challenge Cup glory? Which French team do you back to take home the Champions Cup? Please comment below with your thoughts. 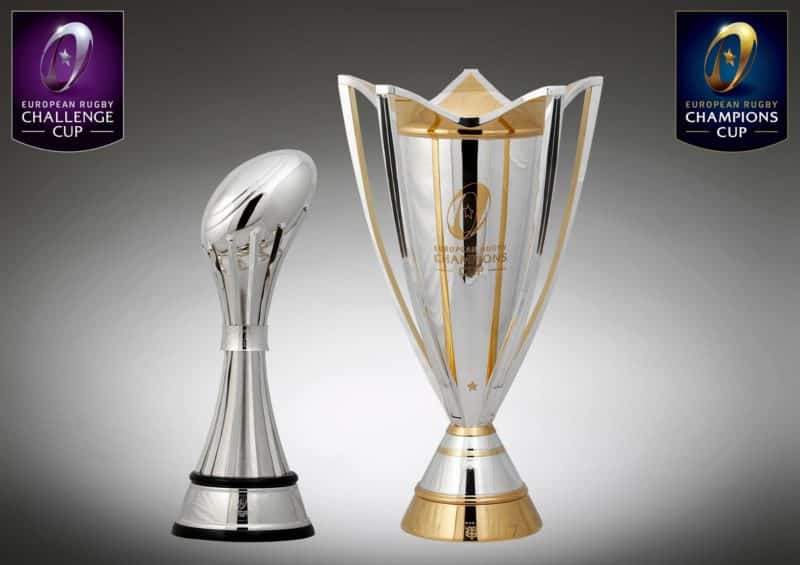