Thursday’s action saw Sam Curran amongst the wickets in the London derby, Lancashire win again with an opener batting throughout the innings with Marnus Labuschagne also in the runs for Glamorgan as well as Day 1 of the second test between England and New Zealand at Edgbaston.

England would make one change from the first game with Olly Stone replacing Ollie Robinson, who has been suspended by the ECB for historical tweets, while New Zealand would make 6 changes as Will Young, Tom Blundell, Daryl Mitchell, Matt Henry, Ajaz Patel and Trent Boult all come in – England would win the toss and elect to bat.

Rory Burns would be caught by captain Tom Latham off the bowling of Boult for 81 before James Bracey would be caught by Mitchell for a golden duck. Stone would be the last man out, LBW to Patel for 20 with Dan Lawrence (67) and Mark Wood (16) unbeaten at stumps.

Yorkshire won the toss and elected to field.

Adam Lyth would be first man out for the visitors, caught by Miles off Briggs’ bowling, for 5 before Dawid Malan would be caught by Lintott off the bowling of Bresnan for 23. Bairstow would be bowled by Briggs for 34 before Harry Brook would be the final man out, caught Hain off Brathwaite’s bowling, for 24 – Kohler-Cadmore and Fraine the not out batsmen with 31 and 19 respectively.

Lancashire won the toss and elected to bat.

Steven Croft would be caught by Arron Lilley off Griffths for 21 before Luke Wood would be caught by Rishi Patel off Griffiths without scoring. Danny Lamb would be bowled by Naveen for 2 as Tom Bailey was the last man out for 3, run out by Inglis, with Finn Allen (73) and Tom Hartley (5) the not out batsmen.

Lancashire’s next game is a trip to Worcestershire on Sunday while Leicestershire host Derbyshire tonight.

Gloucestershire would win the toss and elected to bat.

The hosts would lose Miles Hammond in the second over as he was bowled by Andrew Salter for 6 before Ian Cockbain was caught by Timm van der Gugten off the bowling of Ruaidhri Smith for 16. Chris Dent would be next as he was caught by Kiran Carlson off Dan Douthwaite’s bowling before wicket-keeper Glenn Phillips (44) would be caught out by Nick Selman off the bowling of Marnus Labuschagne.

Jack Taylor would be the fifth man out as he was caught by Labuschagne off Douthwaite for 25 before Benny Howell was the last man out for 30, dismissed the same way to the same pairing, with Ryan Higgins and Graeme van Buuren the not out batsmen on 22 and 15 respectively.

Carlson (14) would be caught Dent off Howell’s bowling before Douthwaite would be the first of three golden ducks as he was LBW to Higgins. Salter would be the next as he was ran out by Hammond before Smith was bowled by Howell. van der Gugten would be the last man out for 2 as he was caught by Shaw off Howell as Labuschagne and Prem Sisodiya were the not out batsmen, finishing with 93 (off 56 balls) and 4 respectively.

Middlesex would win the toss and elect to field.

Jason Roy and Will Jacks would put on 98 for the opening-wicket partnership for the hosts before the latter was ran out for 70 (off just 24 balls) by Chris Green with Laurie Evans being caught out by Luke Hollman off the bowling of Nathan Sowter for 5. Jason Roy would be bowled by Sowter for 45 before Sam Curran would be caught by Max Holden off the bowling of Green.

Jamie Overton would be the next man out as he was caught by Eoin Morgan off Steven Finn before the bowler would also get Jordan Clark out, caught by Steve Eskinazi, for 7. Tom Curran would be the final man out for 25 off 10 balls as he was stumped by John Simpson off Sowter with Jamie Smith and Matt Dunn were 5 and 1 not out respectively.

Simpson (4, caught Overton) and Hollman (golden duck, caught Jacks) would both get out to S. Curran with Sowter (1, run out), Green (19, caught) and Finn (1, bowled) all dismissed by S. Curran in the final over. 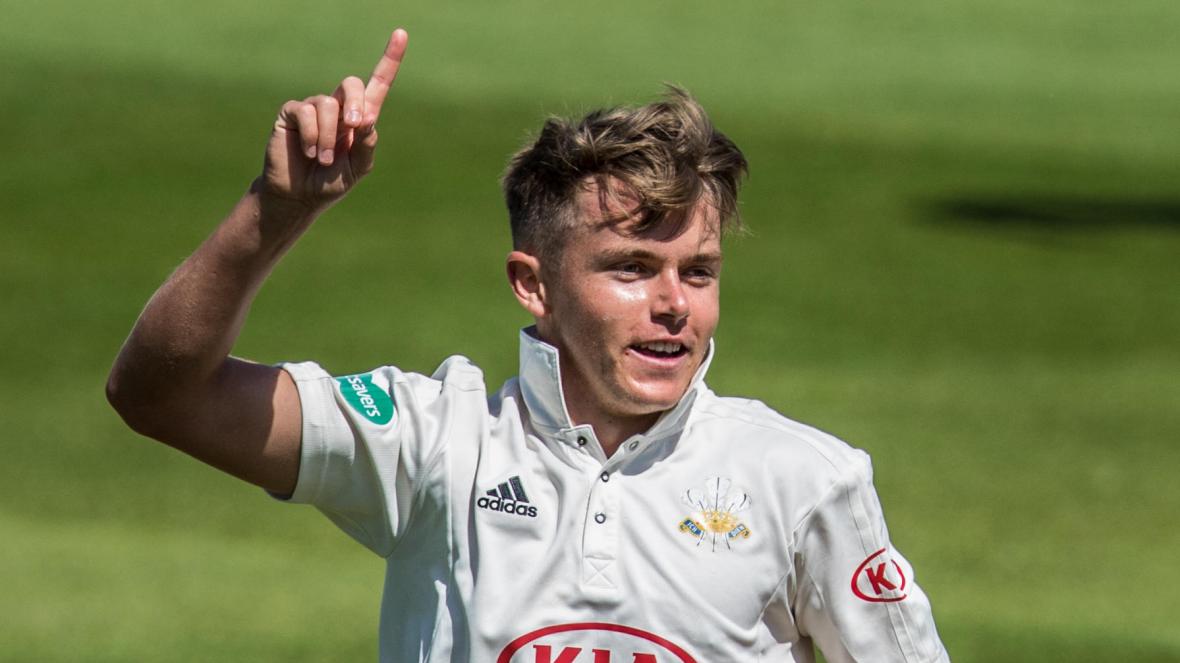