Liam Dawson took five wickets for Hampshire as Nottinghamshire collapsed in the game at the Rose Bowl as Tuesday’s County Championship action was ruined with rain restricting action to just three of the games.

Resuming on 133/7, the hosts lost Brad Wheal as he was stumped by Tom Moores off the bowling of Liam Patterson-White for 3 before Keith Barker was caught by Dane Paterson off the same bowler for 29. James Fuller would be the final wicket to fall, caught by Steven Mullaney to gave Patterson-White his third wicket of the day.

Joe Clarke would be dismissed by the same combination for 9 before Patterson-White would be caught by Organ for 4. Tom Moores would be bowled by Organ for 8 before Brett Hutton would suffer the same fate for 3. Luke Fletcher would be LBW to Dawson for 4 before Joey Evison would be the final wicket to fall, caught by Gubbins off the same bowler (finishing with figures of 5/45), for 22 – Paterson finishing 4 not out as the visitors collapsed from 64/1 to 127 all out.

Jack Brooks would be bowled by Balderson for 15 before Ned Leonard would be the final wicket to fall, caught behind by Alex Davies off the bowling of Blatherwick, for 6 – Steven Davies would finish 22 not out.

Requiring 32 to win, Lancashire would get to the target without losing a wicket with Balderson and Davies finishing with 10 and 22 not out respectively.

Resuming on 224/4, the visitors would lose Graeme van Buuren to the second ball of the morning for his overnight score of 65, LBW to David Lloyd before Ben Wells would be caught by Lloyd off the bowling of Timm van Gugten for 40. Zafar Gohar (pictured below) would be caught behind by Chris Cooke off the bowling of Michael Hogan for 5 before Ben Charlesworth would be bowled by Smith for 44.

David Payne would be caught by Cooke off the bowling of Dan Douthwaite for 34 before Tom Price would be the final wicket to fall, LBW to Hogan, for 71 with Jared Warner finishing 10 not out.

Eddie Byrom would be bowled by Higgins for 8 before Cooke would be the final wicket to fall, caught by Chris Dent off the bowling of van Buuren, for 6 – Douthwaite and Salter resume on 4 and 0 not out respectively. 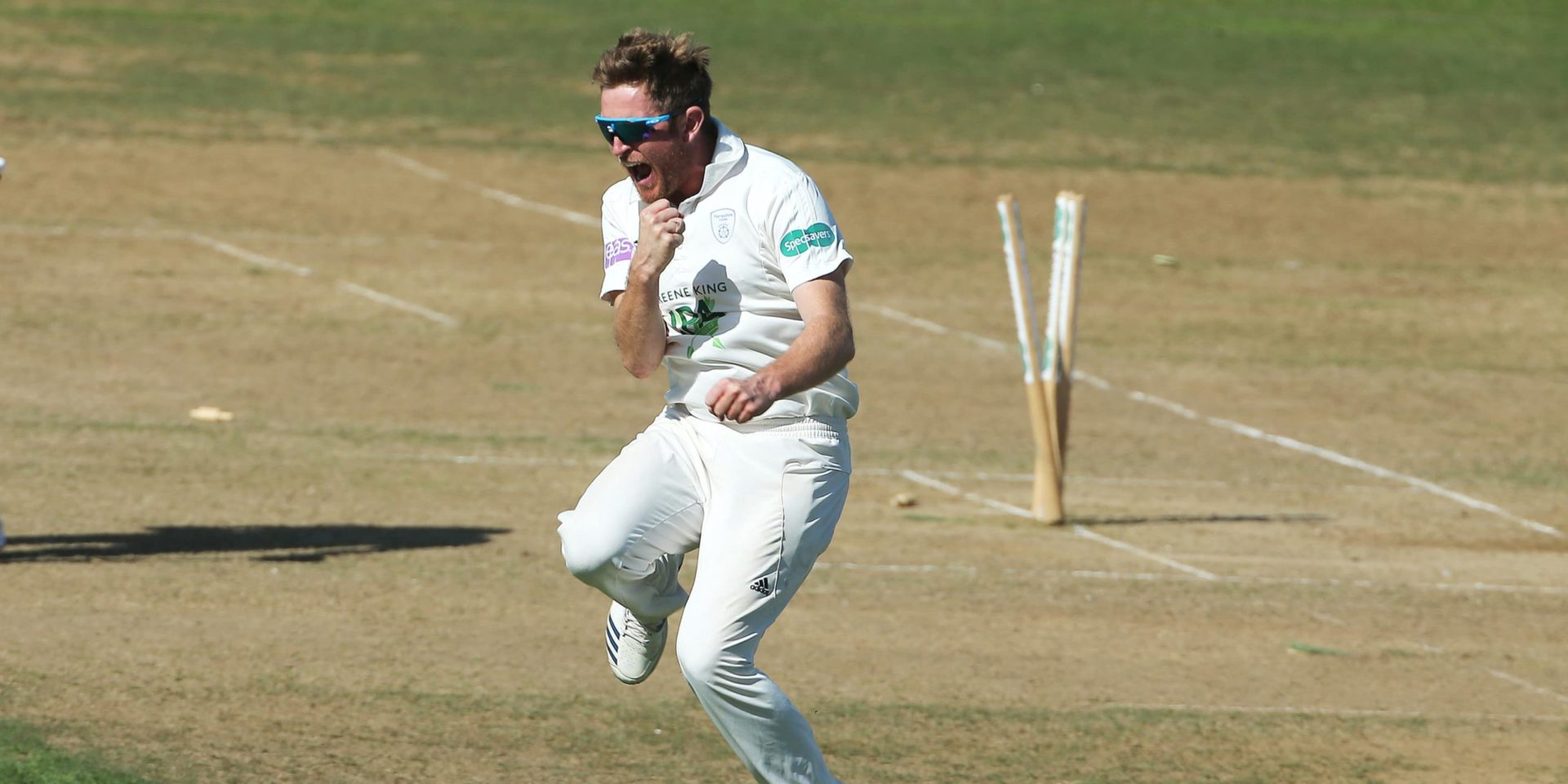