With Cristiano Ronaldo, Luke Shaw and Raphael Varane missing, United were forced into starting with a makeshift team, and City quickly took advantage, with De Bruyne driving Bernardo Silva’s cross into the bottom right corner of the goal after just five minutes.

Initially, this appeared to spark United into life, and their higher press, with Paul Pogba pushing up front, was rewarded in the 22nd minute, when the French midfielder found Jadon Sancho, who curled in the equaliser.

However, De Bruyne swiftly restored City’s lead six minutes later, firing in from close range after David De Gea saved smartly to his left from Phil Foden’s low effort, and from there City never looked back, running out comfortable winners.

Following Arsenal’s victory earlier in the day, United’s defeat leaves them a point behind their rivals having played three games more, but despite this, their interim manager Ralf Rangnick maintains that they can still recover their season.

“We are fully aware that we need to win games,” Rangnick said after the match. “This was one of the most difficult ones that we have to play, but now it’s about accepting, although it’s difficult, that they were the better team and looking ahead to the next games.

“We have two important games coming up against Spurs and Atletico so we have to put our full focus on that,” he added. “We will do anything to win these two games.”

United’s defence grew shakier as the second half wore on, and Foden nearly took advantage in the 50th minute, nudging right back Aaron Wan-Bissaka off the ball, only to drag his shot wide of the right post.

Then, in the 63rd minute, De Bruyne was brought down by Harry Maguire as he appeared set to create a goalscoring opportunity, and even though the United captain avoided a red card, City’s pressure continued to build.

Most of the home side’s play may have been on the left flank in the first half, but right winger Riyad Mahrez stayed alert, and went on to take his chance when it came in the 68th minute, stroking De Bruyne’s corner to De Gea’s right to score.

Once the Algerian had put City two up, they never looked like surrendering the lead, going close with efforts from İlkay Gündoğan and João Cancelo, before Mahrez wrapped things up by smashing a shot high off De Gea and into the net.

After the game, Mahrez emphasised the importance of not only staying focused, but having lady luck on your side as well.

“To be fair, I think I touched four balls in about half an hour,” admitted Mahrez. “The first thirty minutes was on the left, but in my head I was always thinking ‘I have to stay focused, as at some point the ball will come and I’ll have to make the difference.’”

“The first one, De Gea touched it but sometimes you have to hit the target,” he added. “The second one, I just tried to hit it high because I know he’s very good on the floor, and it hit his face and went in, but I took them both.”

Having dropped points in two of their last five Premier League games, City’s win now puts them back six points clear of Liverpool, as the title race begins to enter its final stretch.

Post-match, De Bruyne hailed the performance of his team, saying that it was the perfect response to the pressure applied by their title rivals.

“Well, I think it’s about winning game by game, obviously they put the pressure on us yesterday by winning their game, but we responded today in a good way,” De Bruyne explained after the match.

“We always play the game we need to play, and sometimes we don’t get the result and that happens, but we always play our football and we fight for it,” he added. “Today we proved that we’re a good team, we played really well and we deserved the three points.”

United, meanwhile, were unable to regain a foothold in the game throughout the second half, despite the introduction of Marcus Rashford and Jesse Lingard, and the defeat leaves them with a mountain to climb to get back into the top four.

Next up, City travel to Crystal Palace next Monday, while United host Tottenham Hotspur on Saturday, in yet another match that’s sure to be critical in the battle to get into next season’s Champions League.

Do you think Manchester United will make it into the top four? Who’s going to win the Premier League this season? Have your say in the comment section below! 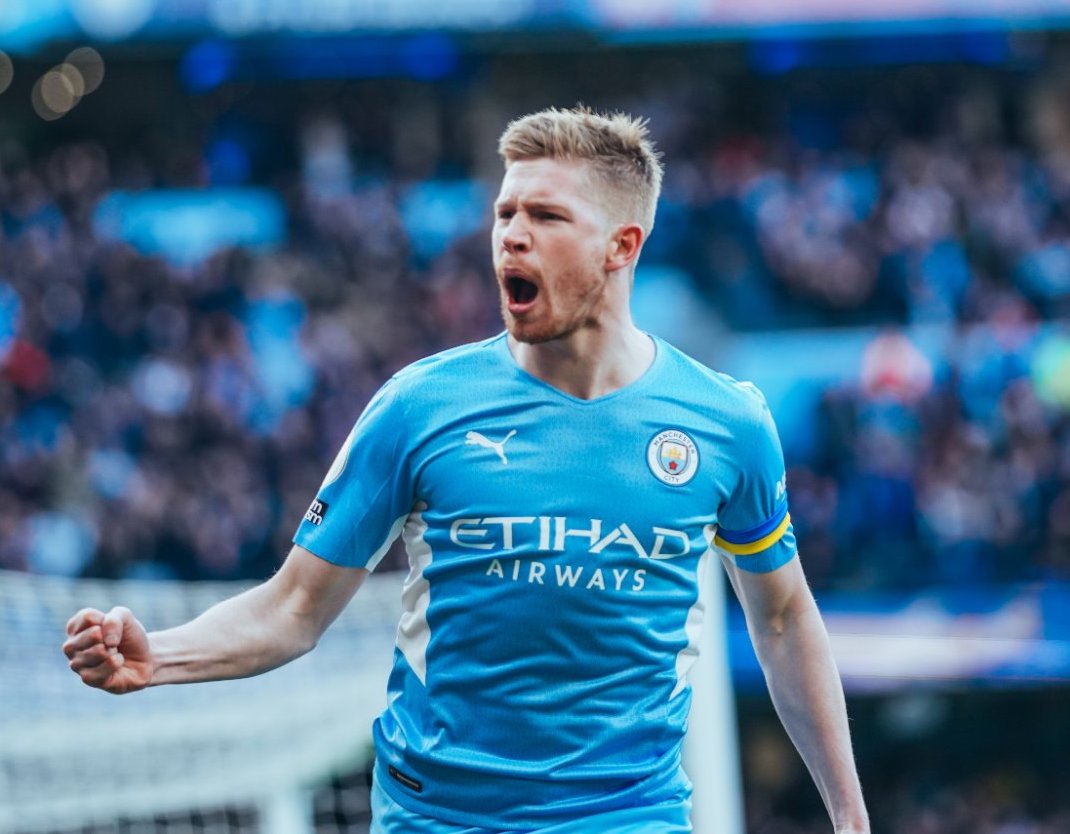