Arsenal extended their winning streak in the league to four as they beat Watford 3-2 at Vicarage Road in a match which featured some amazing goals.

It was the Hornets who got off to an explosive start, as Emmanuel Dennis thought he’d put his side 1-0 after just 20 seconds, only for it to be ruled out for offside.

The Gunners got their act together and took the lead not long afterwards, Norwegian forward Martin Odegaard slotted the ball past Ben Foster just inside the box after some good link-up play between him and Bukayo Saka.

Watford got themselves level thanks to a brilliant overhead kick from Cuco Hernandez which came from a Kiko Feminer cross.

The visitors got their lead back after Saka tackled midfielder Tom Cleverly and found Alexandre Lacazette, who rolled the back to Saka and smashed the ball into the top right-hand corner.

England international Saka was involved once more as his fast throw-in, courtesy of Manager Mikel Arteta, created the thrids goal, Lacazette found himself again with the ball and this time set up the Brazilian Gabriel Martinelli, who blasted the ball into the top-left corner of the net.

Arsenal looked to be in cruise control after substitute Eddie Nketiah came close to extending their lead to four goals, but his shot could only find the Watford woodwork.

Former Spurs midfielder Moussa Sissoko scored Watford’s second with five minutes plus injury time left to play to set up a tense ending of the game.

But Mikel Arteta’s side were able to see out the victory at Vicarage Road and build from their dramatic 2-1 win against Wolves to push them into fourth place, above Manchester United in the fight for Champions League football.

The Gunners have three games in hand over both West Ham and Manchester United, but they consist of the European Champions Chelsea, this season’s League Cup winners Liverpool as well as their North London rivals Tottenham Hotspur.

Arteta will be hoping to pick up as many points as they can in all three of those games as they look to solidify themselves within the Premier League top four secure Champions League football this season.

For Roy Hodgson’s men, it’s eight straight home defeats and the result keeps them 19th in the table, three points away from safety in the relegation zone. Despite playing well throughout the match and scoring some really good goals, they were simply outclassed by the Gunners, which has become quite a theme for the club this season.

After a good point away against Manchester United at Old Trafford last weekend, Roy would’ve been hoping that his side could build on that result and pick up more points in their quest to stay in the Premier League. However, their lapses in concentration got the better of them and Arsenal took full advantage to pile on more misery for the Hornets.

In his post-match interview, Arsenal Manager Mikel Arteta said “I saw an advantage and I took it; we have to be alive and that is the way I live the game. I try to instil that in the team as well”. In regards to his team moving into fourth, he added ” It is very pleasing. We know how difficult it is to be in this position in this league. We’ve earned it; we have come a long way as a team.”

He further says “We had great attacking moments, but I wasn’t pleased with our organisation. We didn’t dominate and play the way we wanted. Credit to Watford, but a lot of it was down to us; we should have done better and there is a lot to improve”.

Watford Manager Roy Hodgson said after the match “This is Watford at the bottom of the table against Arsenal,” said Hodgson. “They haven’t lost a game since God knows when, they’ve got about two games in hand and they’re one point behind the top four in the country”.

On the substitution of midfielder Imran Luoza, Hodgson said “Unfortunately we have taken over a team where the fans have decided long ago who their favourites are and who their favourites aren’t. I’ve got to keep trying to pick the team to win games and not pick the team the fans would like to see because I don’t trust their judgement all the time.” 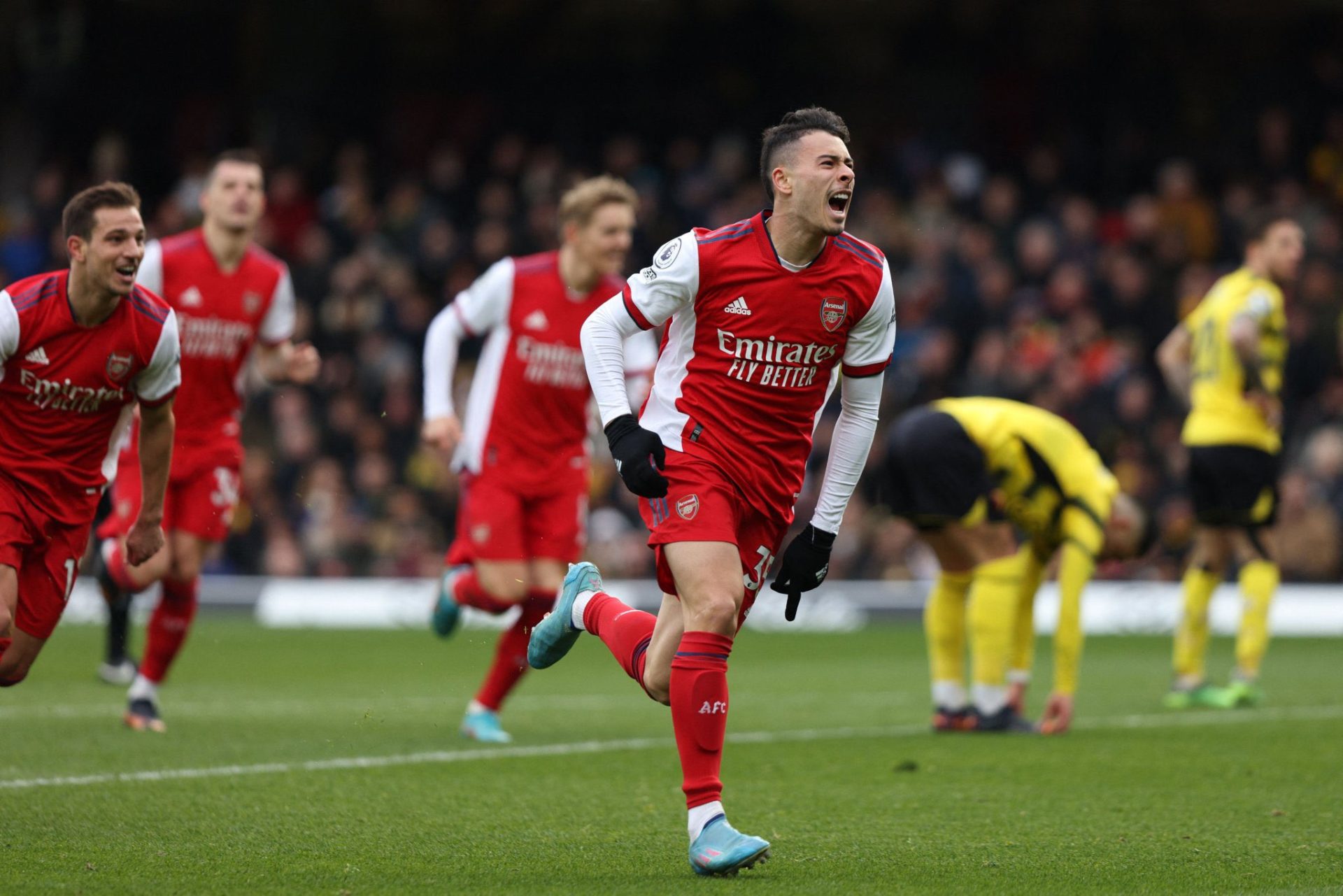