Chris Eubank Jr vs Liam Williams is confirmed to take place on the 11th of December in Cardiff.

In what many believe is a 50/50 fight, Williams has just come off a decision loss to Demetrius Andrade and has been calling for the fight with Chris Eubank Jr for a while. The pair have traded numerous online insults and the time has finally come to settle their differences in the ring.

These are undoubtedly two of the best British middleweights so it will be interesting to see who is superior.

Chris Eubank Jr’s career has been very up and down so far, many of the boxing public believe he is yet to defeat a legitimate world-level fighter. He did outpoint James Degale but it’s fair to say that “chunky” was not at his best when they fought and shortly retired thereafter.

Eubank only has two losses on his record but both came against world champions in the form of Billy Joe Saunders and George Groves. The fight against Saunders was a close split decision defeat, however, Groves outboxed him convincingly.

Thus, the question among boxing experts is can Eubank Jr perform at the highest level and compete with some of the best middleweights in the world. Williams is not an elite fighter but a convincing victory against him may propel him towards a massive fight against the likes of Andrade or Golovkin.

Since being coached by boxing legend Roy Jones Jr, Eubank Jr has seemed to favour the sweet science of boxing more than his come forward, wild style of the past. Against a pressure fighter like Williams, this may prove to be effective in nullifying the Welshman’s attacks.

As for Liam Williams, we know he has good punching power because he has 18 knockouts from 23 victories and despite losing to Andrade, he did wobble the American a few times throughout their fight. Not to mention, being tough and willing to take punches.

In many ways, Chris Eubank Jr vs Liam Williams is tailor-made for Eubank to look good. After all, the Brighton-born fighter has always struggled with sleek boxers in the past and done well against opponents who come forward in a straight line and are easy to hit.

Regardless, Liam Williams would be an impressive name for Eubank Jr to have on his resume and his stock would rise. What’s more intriguing than the result is how he wins. If he manages to stop Williams this gives him bragging rights over Demetrius Andrade who went the full 12 rounds.

Still, no one would be shocked if Williams pulled off the upset and won the fight. Eubank Jr’s last couple of opponents have been far from stellar and he may feel the pressure against someone who is coming to win and fight until the end. Liam Williams won’t stop until he is knocked out, which may prove too overwhelming for Eubank Jr.

However, even though Eubank Jr hasn’t fought many explosive punchers in his career, his chin appears to be solid and he has yet to be knocked down. So Williams must punch him with something powerful to earn his respect during the bout. Otherwise, Eubank Jr will let his fast hands go and dictate the fight.

Chris Eubank Jr vs Liam Williams will be live on sky sports on December 11th, tune in to see an all-action fight that promises to have an entertaining build-up and two bitter rivals who genuinely want to knock each other out. The winner will move on to bigger fights in the middleweight division whereas the loser may have to take a step down and face lesser fighters. 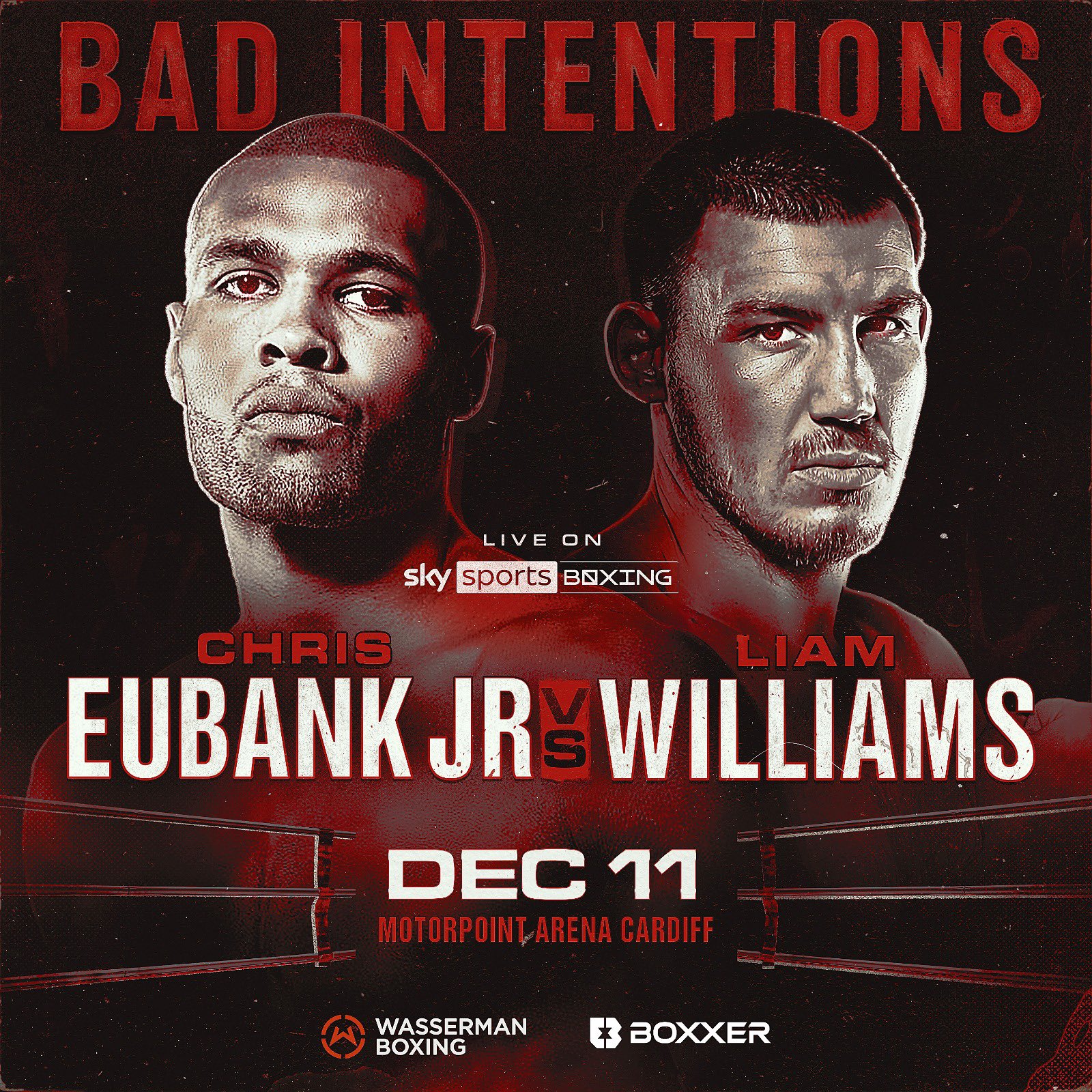