Let’s get into another day of Euro 2020 Round of 16 action, the knockout phases are the real deal, it’s a one-off battle either you win and go through or you lose and go back home.

Yesterday we saw some mesmerizing encounters last night, Denmark and Italy have qualified for the next round, Dolberg scored a brace as spirited Denmark side beat Wales 4-0 to break the Welsh fans heart whereas Italy has to work hard to enter the quarterfinals as they were held back by the Austrian over the 90 mins but thanks to the Added Extra time goals from substitutes Chiesa and Pessina gave the Italians a 2-0 going late into AET, Austria did score a goal to give them a late scare.

Anyways, Italy and Denmark are through and will face tonight’s winners in the next round, the Danish will either face Dutch or Czech whereas the Italians will have a tough draw with either Portugal or Belgium facing them in the quarterfinal.

The Netherlands vs Czech Republic (Budapest)

Netherlands and Czech Republic both will be aiming to secure a place in the quarter-finals of UEFA Euro 2020 when they play each other tonight at the Ferenc Puskas Stadium in Budapest, Hungary.

The Dutch are coming into this game as favourites after witnessing a perfect start to their Euro Campaign, 3 wins out of 3 games top of the pile in Group C brimming with confidence and leaders stepping up.

The Frank De Boer critics have to take back their humble pie as Holland are just 2 steps away from a remarkable appearance in the Semis and honestly I was also one of them. I think this Netherlands team have big enough leaders, talents and characters in Wijnaldum, Depay and De Ligt it was really harsh on them when people downplayed them but they are defying all odds and if they won tonight they will be on their way to quarterfinals of the competition.

The Oranje has unexpectedly become a fluid attacking unit in De Boer’s 3-4-1-2 formation with Depay lurking alongside the target man Wout Weghorst and Wijnaldum in a more attacking role, Frankie De Jong and De Roon in the middle of the park and the trio of Blind, De Vrij and De Ligt guarding the goal in front of a veteran keeper in Skeletenburg, the players are complementing each other on-field and the chemistry is there for everyone to see and they also have an uprising talent in Denzel Dumfries.

A 3rd placed finish in Group A was enough for Czechs’ to qualify for the Round of 16 but there’s no escaping now as they face much superior and in momentum opponents in Netherlands.

The Locomotives will be hoping that a brilliant Patrick Schick will turn up against the Netherlands to fire them straight into the Semifinals, the Bayer Leverkusen centre-forward has been tremendous for his Nation scoring on 3 occasions and is the only scorer for them at Euro’s up until now.

The Sevilla forward Luuk de Jong is out for the tournament as he sustained a knee issue, but having only featured for 10 mins it’s understood he will not be missed a lot.

Marten de Roon will also return to the Starting XI after being rested in the group game against the minnows North Macedonia.

The Czech Republic will be forced to make a change at left-back as Starter Jan Boril picked up his second booking of the tournament against England and will serve the suspension, Alex Mateju will act as an apt replacement.

The Lokomotive side are built on very basic principle’s be resolute and robust and give the opposition a nightmare on the field with their physical prowess and militant aggressive play.

They have some familiar Premier League names in West Ham duo Thomas Soucek and Vladimir Coufal, Alex Kral will also be at their disposal in centre of the park partnering Soucek.

I can see goals galore in this game as De Boer side plays some exciting stuff they have scored at least two goals in each of their last 10 games in all competitions. I’m going with a comfortable win for this dutch side with all Depay, Weghorst and Wjnaldum on the scoresheet, Schick will pull one back one for the Czechs’.

There will be fireworks tonight at Estadio La Cartuja as Belgium take on Portugal in the Round of 16 tie of Euro 2020. It’ll the first of many Blockbuster encounter of the knockout Stages when one of the Big fishes out of Portugal and Belgium has to bow down.

Belgium blew away the whole of Group B to finish as comfortable table toppers, while Portugal huffed and puffed in the Group Stages but thanks to a prolific Cristiano Ronaldo they held France to a 2-2 draw to earn them a spot in the Round of 16 of the competition.

And CR7 will be looking to once again write his name in the history books as he’s the joint-leading international goalscorer alongside the Irani Legend Ali Daei at 109 goals, which is just astonishing as the nearest active goalscorer to Ronaldo is Indian striker Sunil Chhetri with 75 goals the massive drop tells you on the levels above Ronaldo is compared to anyone on the International stage.

He will again be lacing up to deliver for his Nation in this crucial knockout tonight but the task will not be easier for the Portuguese as they need to get past the Red Devils (Belgium) led by the beast himself in Romelu Lukaku.

The Belgium side have not lost a game in their last 12 games and are vying for a spot in the quarter-finals, their star-studded squad are heavy favourites to go all the way to the final at Wembley.

Martinez’s team selection for this encounter will be interesting with Kevin De Bruyne and Eden Hazard fit to start in a trio alongside Romelu Lukaku, it will be the Napoli forward Dries Mertens who has to contend with a place on the bench.

Martinez can go with a 3-4-2-1 formation ditching Yannick Carrasco and fielding Thorgan Hazard in the left wing-back role, Boyata will keep Jason Denayer out of the Starting XI.

Tielemans was rested for the Finland game will be back again partnering Axel Witsel in a midfield two.

As for the Portuguese, both Semedo and Danilo have recovered and are fit again to start after they picked up knocks against the World Champions France.

The Portuguese head coach Fernando Santos took a hard decision to leave Man United star Bruno Fernandes out of the playing XI against France, he looked anonymous in the two opening group stage games. Renato Sanches came for him and has really transformed the midfield with his progressive play and creating chances for the forwards.

Jota has also sparked to life against France we will see more of him in this game and Bruno can still make his quality count after coming as a substitute, it’s been a poor Euro campaign for Manchester United midfielder in continuation to his domestic form which tailed off towards the end part of the season.

It will the one for the neutrals will some scintillating quality football on display, I predict a close affair and an edgy contest that will eventually end up in 1-1 draw after Added Extra time with both Ronaldo and Lukaku scoring for their respective sides. That will lead us to the penalties where Portugal will rob Belgium 5-4 to knock the Red Devils down.

Do let us know your prediction in the comments below and for more updates join our Forums section. 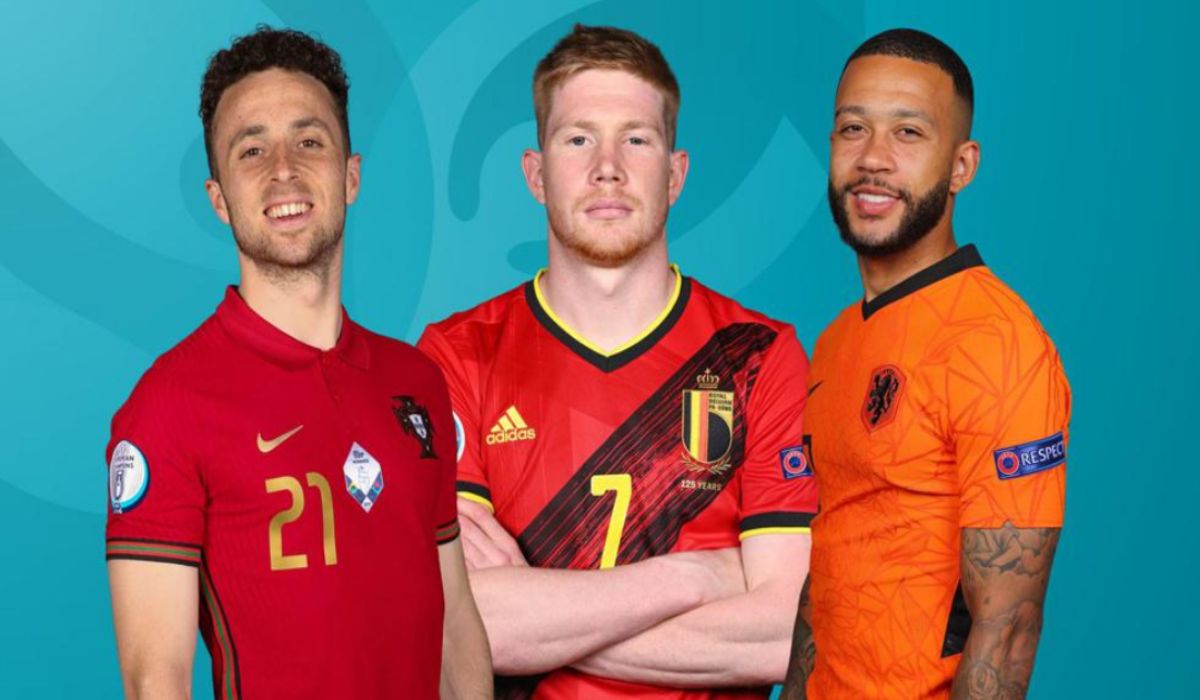