So after a couple of days of rest, the Euro 2020 action is back again! Welcome to the Round of 16 of Euro 2020, we have witnessed some enthralling encounters in the group stages and now we have the best 16 Nations ready to embrace the tournament’s knockout stages and we are envisaging some similar crackers.

We’ll start with Wales taking on Denmark and will also preview the late-night action between Italy and Austria.

The Johan Cruyff Arena in Amsterdam will host the first of the last 16 ties of Euro 2020 with both Wales and Denmark aiming to reach the Quarterfinal stages.

Both sides finished 2nd in their respective groups, Wales collected 4 points while only 3 points in their last Group Stage match was enough to see the Danish side.

Wales tournament so far consists of a slightly undeserved 1-1 draw against Switzerland but it was a comfortable 2-0 win over Turkey which sealed them a spot in the Knockout stages after that the Welsh Manager Rob Page played a slightly rotated Lineup against superior opponents Italy which they lost 2-0, this was only the second loss the Dragons’ suffered in their last 16 matches in all competitions.

The Welsh fans might be daydreaming a lot right now as their side is only two-step away from replicating the Heroics of Euro 2016 when they defied all odds to make a memorable appearance in the Semifinals of the competition.

Unfortunately for Wales, The “Red Wall” will not be present in Amsterdam due to COVID-19 travel restrictions, whereas the Danish fans will be allowed to make a trip abroad to support their Nation which is a huge advantage for the Red and Whites’.

For Denmark, the tournament’s opener turned into a horror show when Inter Milan midfielder Christian Eriksen collapsed in front of the watching world to send terror among all the football supporters, the game halted for a couple of hours but the Danish players bravely finished the game but the result was a surprise 1-0 win for Finland, then Denmark played valiantly against the world’s best-ranked team in Belgium, they took the lead but the game eventually ended in a 2-1 defeat.

The Danish fans were proud of their side regardless of results but the Reds and Whites did not disappoint in their third try as they comfortably beat Russia 4-1 at Parken Stadium, Copenhagen to send their supporters crazy. There’s a feeling around that Denmark’s team are brought closer by that Eriksen incident and are now playing fearlessly relishing the opportunity to represent their Nation.

The Red and Whites are making only their first appearance in the knockout stages of the competition since 2004 and much similar to that season their major aim will be to reach the Quarterfinals at least.

Wales will be without midfielder Ethan Ampadu who will be serving his suspension owing to the red card he picked in the Italy game but other than that Rob Page has a fully-fit squad at his disposal.

Page reverted back to a 3-4-3 formation with Ramsay acting as a false-9, this was done in order to give rest to Cardiff City striker Kieffer Moore who proved effective for them in the first two group games.

So It’s certain that Page will revert back to 4-2-3-1 that he used in the first two group games with Kieffer Moore spearheading the attack and with the trio of Bale, James and Ramsey just behind him.

As for Denmark, A shift in formation from 4-2-3-1 to 3-4-3 has worked wonders for Denmark against Russia which is the way to move forward as they no longer have Eriksen who can control the midfield for them.

This formation is much more direct and we can see more of Hojberg in the attacking sense, the Tottenham midfielder now has laid 3 assist which is the most by a Danish player ever at a major tournament.

The highly-rated Mikkel Damsgaard starred for Denmark against the Russian’s, he played brilliantly in the false-9 role and brought the midfielder, wing-backs and partnered strikers into play with his creativity and technical footing.

The 20-year-old youngster is also known by the Danish press and fans as ‘Damsinho’ due to his energetic and skilful style of play. His excellent goal really brought him to the limelight and his influential performance have the potential to earn him a big move with Barcelona lurking around the talent most recently.

Denmark have the edge in head-to-head as they registered six wins out of 10 previous meetings between these sides, they have lost on the other 4 occasions and add to the fact that Wales have a historically poor record in the Netherlands(Amsterdam) and will be without their “Red Wall”, this all indicates only in one direction that is a disappointing loss for the Welsh side.

The Danish players are under no pressure to perform at the moment as their fans are satisfied with how their team have performed till now, will have the backing of the neutrals and in-stadia supporters and are in momentum, it’ll be very hard for the opposition to resist them.

I predict a 2-1 loss for the Dragons which will crush the Welsh dream of another fairytale. Hojberg and Poulsen will put the Danish Dynamites 2-0 ahead before halftime and will concede a late consolation to Gareth Bale.

The exciting Italian side will be aiming for a place in the quarter-final when they face an unfancied Austrian side in the round of 16 tie at Wembley.

The young Azzurri’s side had a sparkling start to the tournament with a 3-0 win over Turkey, they went on without conceding a single goal throughout the group stages, it’s next to impossible to get past this Italian backline that consists of experience and energetic presence at Full-back area, they have only conceded 2 shots on target in their 3 games so far which suggest they are shielding Donnarumma perfectly.

Coming into Euros their team was considered as the Darkhorses with a plethora of talent and potential. But after watching their eye-pleasing performance and remarkable chemistry along with an experienced managerial head in Roberto Mancini, it’s hard to keep expectations in check and regard them as favourites to go a long way and win the whole thing.

There’s a real buzz among the Italian fanbase who were shattered and hopeless from their National team after they failed to qualified the 2018 World Cup but are now thrilled to support their young guns.

Though Austria are coming into the game as heavy underdogs they are no pushover and they can make you pay for every complacent action you take and have an old-fashioned big target-man centre-forward Marko Arnautovic who on his day can smash any defence to pieces and can be real chaos with his physically imposing figure, superb aerial ability and hold-up play.

And then comes that successful RB Leipzig partnership of Sabitzer and Laimer behind Arnautovic, At the back, they also have the versatile Real Madrid star in David Alaba.

Roberto Mancini’s side won their last game against Wales despite making wholesale changes in the Starting XI with eight of the previous starting XI dropping out, Even Goalkeeper Sirigu got minutes. This was done in order to maintain the chemistry, team spirit and also to warm up the legs on the bench.

He will revert back to the trio of Immobile, Insigne and Berardi up front for this game with Juventus star Chiesa who was adjudged as the “Man of the Match” in the Wales game will get game time off the bench.

The Major dilemma that Mancini will face would be in the midfield with Jorginho and Barella sealing their spots, it’ll be one of Verraiti and Locatelli that needs to be dropped. I think Mancini will go with Verraiti because of his technical composure on the ball, and vision to destroy the spaces. Austria will come up as minnows so they’ll try to limit the freedom of spaces but with Verraiti, Jorginho and Barella as midfield trio good luck to the Austrians getting the ball off them.

On the other hand, there’s a mess to handle for Austrian Head Coach Franco Foda with Valentino Lazaro a certain miss owing to a thigh injury and to add to the headache Christoph Baumgartner, Julian Baumgartlinger, and Martin Hinteregger are all slight injury doubts going into the game.

Foda ditched his preference to play a back-three system against Ukraine and installed a 4-2-3-1 which worked to perfection as they limited Ukraine to take only one shot on target the whole game and we got to see more of David Alaba getting into a dangerous position in the attacking areas. However, it remains to be seen whether Foda will go with a similar approach against the Azzuri’s.

I don’t think Austria are good enough to pull off an upset against an exciting proposition in Italy. Italy will come out as comfortable winners with both Immobile and Insigne registering themselves on the scoresheet.

The expectations are on the rise as the Italian’s have now emerged to be the real contenders but there are still questions on whether this young side can handle the pressure in the knockout stages or not because if they get past Austria, they will be up against one of the heavyweights in Portugal or Belgium, which will be a big test for them. 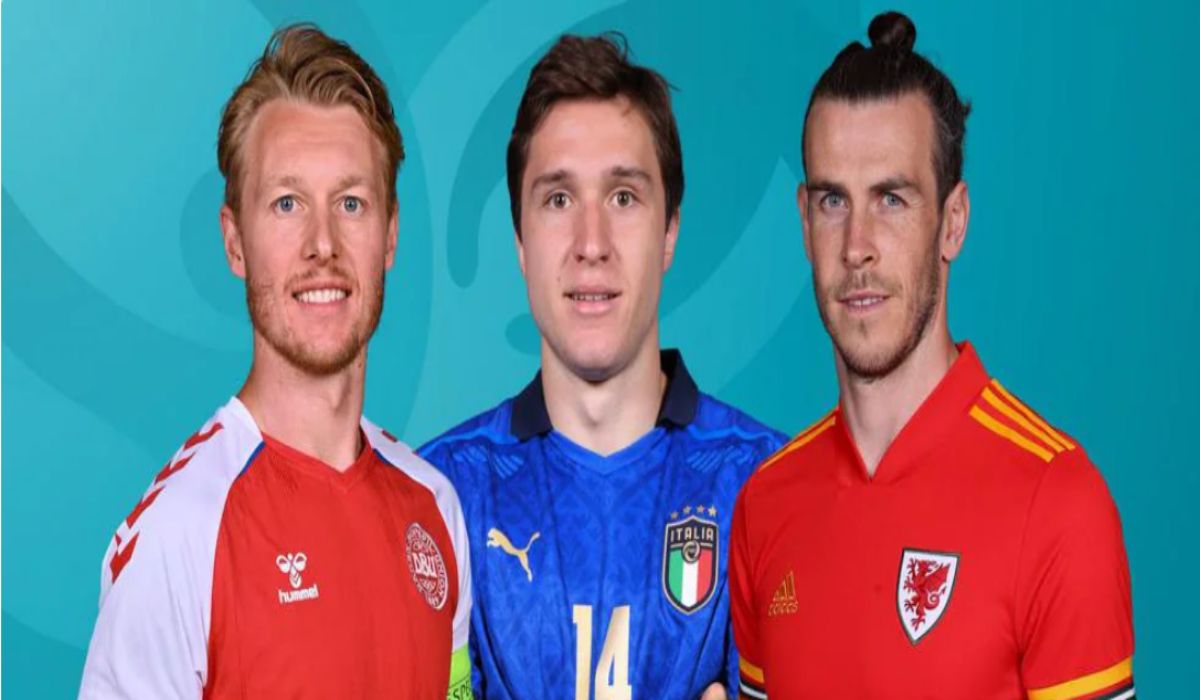