Wednesday evening saw another four FA Cup fifth round, who would join AFC Bournemouth and Manchester United in the Quarter Finals?  Four more sides would do just that this evening, lets see who did just that…

The Swans had seen off League Two Stevenage in Round Three in Hertfordshire before they thrashed fellow Championship side Nottingham Forest at the Liberty Stadium to set up this rather difficult but exciting tie against one of the best sides in Europe right now in Manchester City.  The visitors had breezed past Championship Birmingham City in round three, but they were given a right old scare by League Two Cheltenham Town in the last round, netting three times in the final ten minutes to come from behind to win that one, and they would certainly be tested here against a very confident Swansea right now who are flying in the Championship.

Man City though are flying themselves as we know so they would certainly start this one as favourites, but could the hosts possibly pull off an upset? The visitors were dominant in the opening exchanges and found a way through just before half time when Kyle Walker played a ball in to try and find Ferran Torres but the striker missed it but in doing so caught out keeper Freddy Woodman who saw the ball carry on past him and into the far corner, a very soft goal to concede for the hosts but one Man City more than deserved.

Swansea to their credit responded well to going behind and certainly saw much more of the ball in the latter part of the first period than they had seen in the first half-hour, but could they continue that into the second period and cause this Man City team real problems in the second period?  Well, within five minutes of the restart this contest was pretty much put to bed, as the hosts were caught cold a minute into the second period as a lovely pass from Rodri found Raheem Sterling in acres of space to go in on goal and slot past Woodman, and then three minutes after that the Premier League leaders made it three as Swansea tried to play out, lost the ball and saw cross to the back post headed back into the six-yard box by Bernando Silva into Gabriel Jesus who turned and fired a lovely close-range effort past Woodman, as clinical as you like, and the visitors were now able to make some changes as they were now cruising.

Swansea themselves made four changes in one go just past the hour mark to give those likely to be involved in their weekend league game a rest, this tie was done so was time to look ahead to what is the hosts focus which is a return to the promised land and the Premier League, and to their credit showed a lot of spirit and did manage to pull a goal back with thirteen minutes remaining as one of those changes, Morgan Whittaker, swivelled and struck a lovely left-footed effort beyond Zack Steffan. City though cruised through and broke a record in the process by being the first top-flight side to net fifteen straight wins, they are on fire right now and will at least fancy a domestic treble this season, and who would bet against them?

The Blades have had to battle past two League One sides to get to this stage, with wins at Bristol Rovers and then at home to Plymouth Argyle, whilst Bristol City saw off League One Portsmouth at home before netting a comfortable win at fellow Championship side Millwall to set up what looked on paper a rather intriguing tie. The Blades have been in reasonable form lately, but the visitors will fancy giving the hosts a lot to think about and obviously would have been confident of pulling off a surprise at Bramall Lane, although the Premier League side are using this cup run to take confidence into their relegation battle in the league, so they would be very focused on progressing.

City saw a Tomas Kalas effort well saved by Aaron Ramsdale, whilst The Blades saw full back Max Lowe send an effort against the bar, but the first half ended goalless, but just past the hour mark came the winning moment which saw VAR get involved, as an David McGoldrick effort was deflected onto the bar by Alfie Mawson before a follow up effort from John Lundstram was cleared off the line, but replays suggested McGoldrick’s effort had struck Mawson’s hand before crashing against the bar, preventing it from going into the net, and after the referee had gone over to have a look at the screen, he agreed with the VAR and gave the hosts a penalty and sent off Mawson.  Billy Sharp then stepped up to dispatch the penalty, and it was enough to see The Blades go through to the Last Eight.

The Foxes have been on the road at very tough Championship opponents so far in this run to the Last 16, and they saw off Stoke City quite comfortably before coming from behind to ease past Brentford in the last round, but they now have a home tie against fellow Premier League outfit Brighton who themselves have been playing well lately. The Seagulls have had a rather less comfortable run to this stage, needing penalties to see off League Two Newport County before squeezing past League One Blackpool to set up this tie at The King Power, so how would they fare against a Leicester side who would harbour hopes of winning this competition?

The first half wasn’t exactly a thriller, no goals and no shots on target in the opening forty-five minutes, and although both sides found the net in the second period, they were both chalked off for offside, and it looked like extra time would be needed.  However, four minutes into stoppage time Leicester netted the winner as a quickly taken corner caught out Brighton and Kelechi Ihenacho was left free at the far post to head down and into the net and send the Foxes into the Quarterfinals!!!

The Toffees have seen off two Championship sides at Goodison Park so far in this run, they needed extra time to see of Rotherham United in Round Three before having a more comfortable win against Sheffield Wednesday in the last round, and they welcome fellow Premier League side Spurs to Goodison looking to heap more pressure on Jose Mourinho and co. Spurs themselves cruised past Marine in Round Three of course before they were tested at Wycombe Wanderers in Round Four before they pulled away from them late on to take their place in the Final Sixteen, but this would be a much tougher test of course. Spurs though had the perfect start when a corner swung in saw Davidson Sanchez rise to glance a header into the far corner inside four minutes, but Everton turned the tie on its head beyond the half-hour mark, firstly levelling when Dom Calvert-Lewin lashed past Hugo Lloris, and then secondly when Richarlison produced a precise finish into the bottom right corner, and Spurs had gone from looking comfortable to being behind in a flash.

And then just before half time Everton were awarded a spot-kick after Calvert-Lewin was clipped by Pierre-Emile Hojbjerg, and skipper Gylfi Sigurdsson sent Lloris the wrong way, and the hosts had three goals in seven first half minutes, crazy!!! Spurs though managed to pull a goal back just before half time after a clever one-two finished with Erik Lamela dinking the ball over Robin Olsen, it had been a brilliant tie thus far with both teams going hell for leather, what would the second half bring? Eleven minutes into the second half Spurs levelled as a corner swung in saw Toby Alderweireld glance a header at goal which Olsen saved well, but Sanchez was on hand to flick the loose the ball home for his second of the night, incredible considering he had only one goal in his whole Spurs career prior to this game, what a cup tie this was!!! Had the game swung Spurs way again?

Prior to that leveller, Harry Kane had come on for the visitors, and the hosts had lost Calvert-Lewin to a hamstring injury, so a double boost for the visitors, and a double blow for the hosts, could Spurs now go on to win this incredible tie? Well, with just over twenty minutes remaining it was The Toffees who regained the lead once again as a lovely ball from Sigurdsson released Richarlison who fired a lovely effort across Lloris and in off the far post, but Spurs came back to level once again thanks to that Son-Heung-min/Kane partnership striking again this season as a wonderful whipped cross to the far post saw Kane stoop to power a diving header into the net at the back post, and it really was hard to tell which way this tie would turn next. Seven minutes into extra time, Everton netted what proved to settle this extraordinary tie, as another wonderful ball from Sigurdsson found Bernard who had timed his run perfectly and he struck a lovely pass into the far corner and sent Carlo Ancelotti’s men into the Quarters of the FA Cup, what a marvellous game of football that was though!!! An all time classic in every sense…

Wow, what a final game of the day that was, still have two more ties to come tomorrow to complete the Fifth Round, as well as the Quarter-Final draw, here are tomorrow’s matches…

Will we get more drama tomorrow? We will find out soon enough… 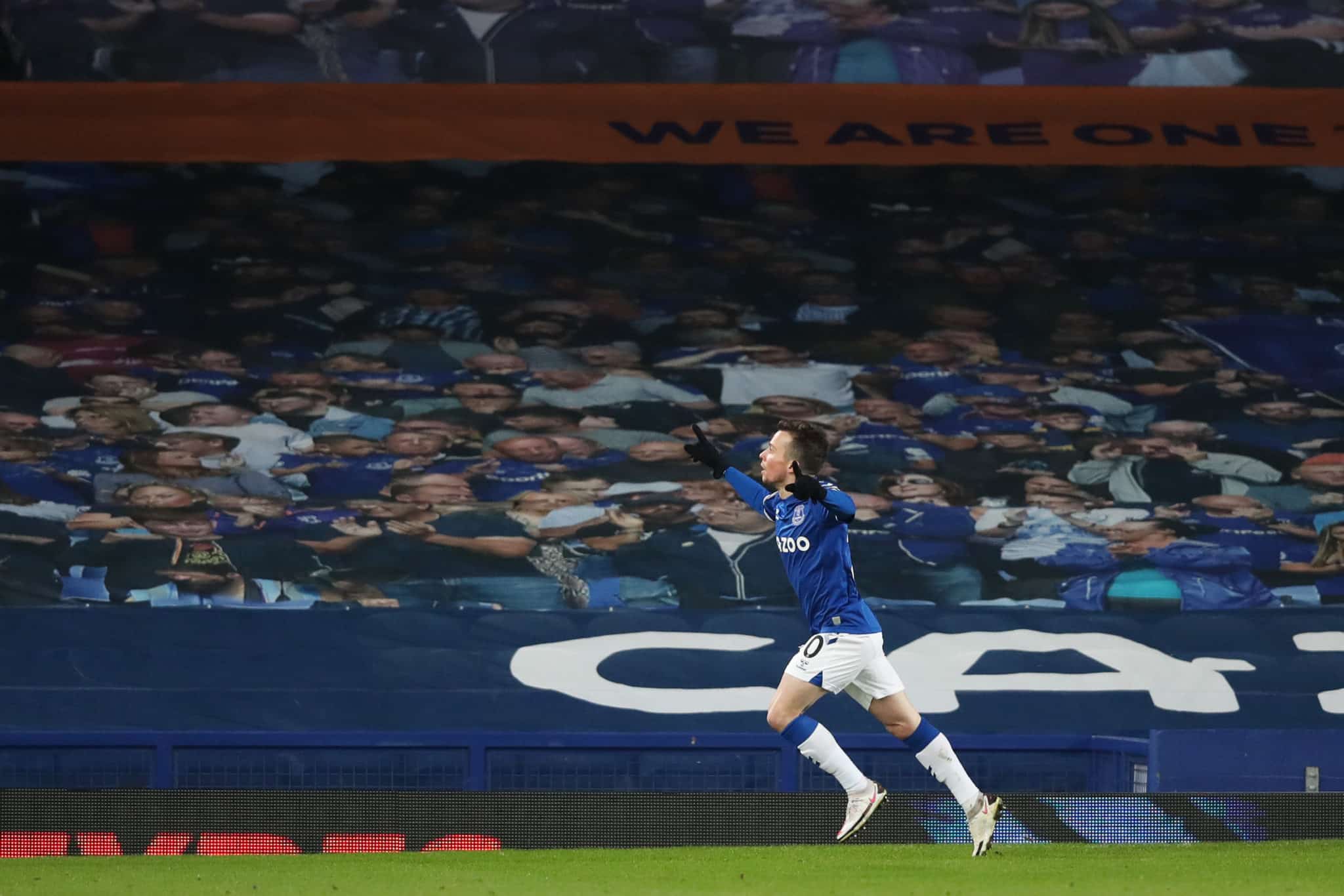