Man City will be looking to return to winning ways when they face Frank Lampard’s Everton at Goodison Park on Saturday evening.

Everton currently find themselves in 16th place just two points above the relegation zone. Their most recent game was a 2-0 defeat away to Southampton with Stuart Armstrong and Shane Long getting on the score sheet. However, the Toffees have won their last two games at home in both league and cup and will be keen to make it difficult for last season’s champions.

The visitors were on a 15-game unbeaten run before losing 3-2 to Spurs in what could be argued as the game of the season so far. Despite equalising in the 90th minute, a stoppage-time winner from Harry Kane has made the title race even more interesting. With Liverpool not playing this weekend, it’s a chance for Man City to extend their lead to six points at the top.

Yerry Mina, Ben Godfrey, Tom Davies and Fabian Delph all face a few more weeks on the sidelines due to muscle problems. Everton will hope to have Abdoulaye Doucoure and Demarai Gray back in the squad following their recent absences.

Pep Guardiola is waiting on news about Jack Grealish and Gabriel Jesus but has an otherwise fully-fit squad.

The two sides faced each other earlier in the season with Raheem Sterling, Rodri and Bernardo Silva scoring in a 3-0 win.

Everton has not beaten Man City in any of the last 10 matches. Their last victory was a 4-0 win back in January 2017.

Man City have scored the first goal in each of their last nine meetings with Everton and have not conceded a goal in the previous three meetings.

The last nine games have seen under 4.5 cards and five out of the last six games under 10.5 corners.

For fans unable to make the trip to Goodison Park, they will be able to watch the match live on Sky Sports Main Event with kick off at 5:30pm.

The hosts Everton have been poor this season and have only won one league game since the turn of the year. Lampard has been able to bring in new faces but will need last season’s top scorer Dominic Calvert-Lewin to find the net. Since his return from injury, he has not scored in any of his last five games.

As for Man City, they will be keen to make amends for their disappointment last week. Guardiola’s men had a rare rest in midweek following no game and will be keen to make the gap between them and Liverpool six points with a victory. City has only lost one away game in the league and that was on the first day of the season against Spurs.

With the sides at opposite ends of the table, we can only see the result going one way. We expect Man City to win to nil. 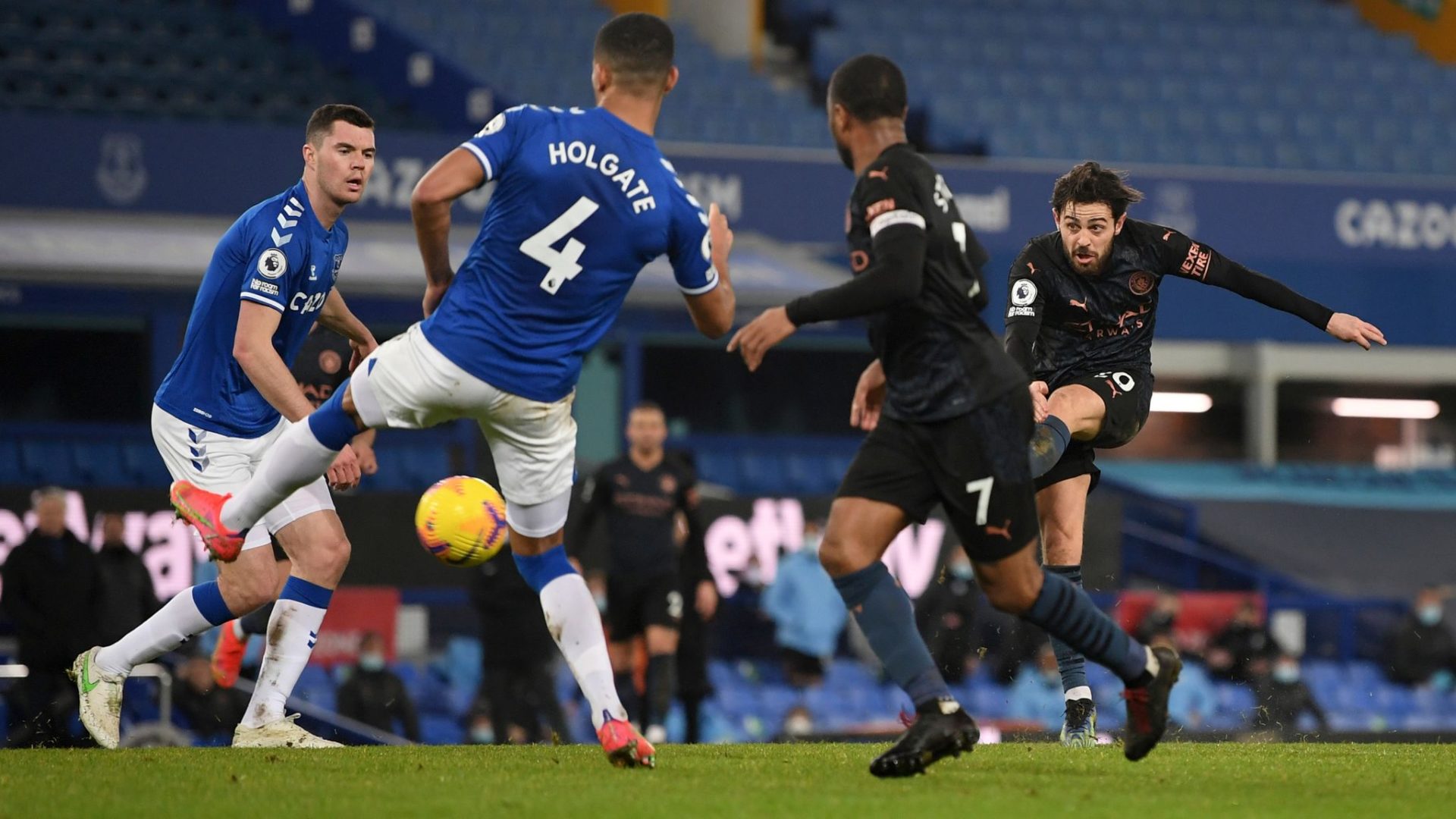