Lewis Hamilton fended off a fast-charging Max Verstappen to win the first Grand Prix of the season at Bahrain. What he also did in the process was lay down a marker for Verstappen by excelling in a situation where he just didn’t have the best car on the grid. It was a situation where Max Verstappen was the favorite to win the Bahrain Grand Prix until he wasn’t in the dying stages of the race as Lewis Hamilton would just keep the young Dutchman behind and not make any mistake in the process.

As a result, despite all the buzz around Red Bull and how fast their car was, Mercedes goes into the second round of the season at Imola leading both the championships.

Red Bull was the quicker car in Bahrain

Without a doubt, Red Bull had the quicker car in Bahrain. But it wasn’t quicker by a mile, there was, at best a tenth or two here and there in their favor. The Mercedes, although still lacking stability unlike the past few years was still a handful and Hamilton was fastest in Q2.

The thing that really turned the tide for Mercedes was its ability to think on its feet. The strategy to run the hard tires for two stints paid dividends as Hamilton was able to gain track position and then later in the race put on a defensive masterclass.

In many ways, no other driver on the grid barring Lewis Hamilton would have been able to keep Max Verstappen behind in the closing stages of the race. The Mercedes was driven to perfection by Hamilton who was nursing his tires for the most part and at the end of the race was able to position his car brilliantly and didn’t allow Max Verstappen any space to make the move. To an extent, even the mistake at turn 4 was provoked by Hamilton as he placed his car to perfection.

Throughout the race, Hamilton executed the plan to perfection. In the initial parts of the race, the Red Bull had been unable to pull out a huge gap as Lewis Hamilton would keep his Mercedes at a gap of around 2 seconds.

This helped the German team to perform the undercut and allowed Hamilton to run in free air on his hard tires. Hamilton, on his part, preserved the tires to perfection and there wasn’t much Verstappen could do after he botched the pass at Turn 4. Lewis Hamilton to his credit though drove like a man possessed, when it mattered he never put the car at any of the vulnerable spots on the track. It was a masterclass on how you maximize the resources you have at your disposal, a lesson that would be a bitter pill to swallow for Verstappen.

Max Verstappen cannot get too desperate

In many ways, one could say that Red Bull was caught out by the strategy that Mercedes was able to pull off. But more than that it’s a change in mindset that the team is yet to put in place. Red Bull has been a hunter for the last 7 years. They’ve never had the car to challenge for championships in this time. For them, the weekends involved turning up to the tracks and trying to maximize their chances of getting the best result of the race that had Mercedes as the dominant favorite.

Both Red Bull and Max Verstappen have to exercise patience on weekends like the ones in Bahrain. These will surely be there but they cannot get too desperate and start panicking. At the end of the day, in a 23-race Championship, it’s patience and consistency that give you the win most of the time.

Mercedes and Lewis Hamilton have landed the first blow in this 23-round fight. It will be interesting to see how Red Bull and their young prodigy respond to it and bounce back. 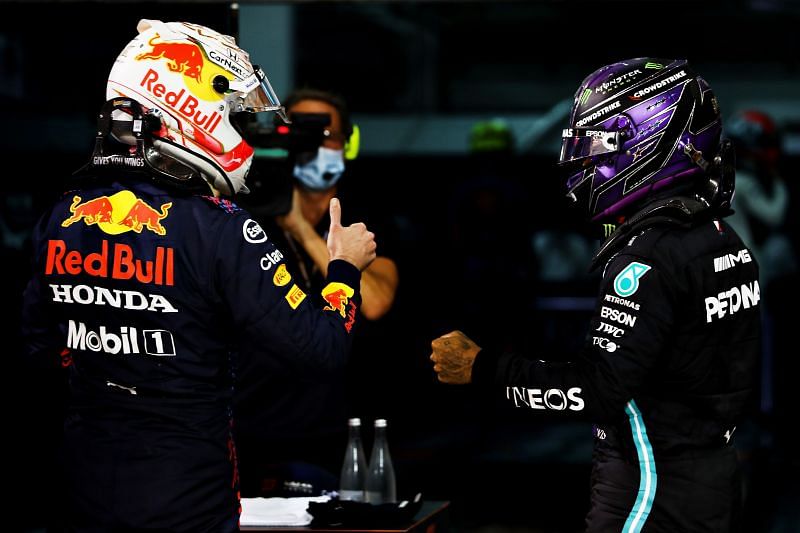