Another day closer to the Fifa World Cup in Qatar means another World Cup Hero. Today we’ll be taking a look at one of the more recent heroes, the star of Uruguay’s run to the semi-finals in 2010, Diego Forlan.

Despite South Africa being the scene of his biggest and best World Cup performances, it was in 2002, in South Korea and Japan that Forlan scored his first World Cup goal. With Uruguay trailing 3-0 at halftime to Senegal, Forlan was called upon by manager Victor Pua as the 2nd half began. The tide immediately turned for Uruguay and with Forlan himself getting on the scoresheet, they pulled off a brilliant comeback to draw 3-3.

Unfortunately, it was ultimately not enough for Uruguay as they crashed out of the 2002 World Cup amidst disappointment in the group stage. 4 years later Uruguay missed the tournament altogether as penalty heartbreak versus Australia in Sydney after a World Cup playoff meant it was the Aussies who would advance.

In South Africa, in 2010 Uruguay were back. After an opening 0-0 versus France, Forlan sparked into life against the host nation. Putting South Africa to the sword, Forlan scored an absolute screamer from 30 yards out to give Uruguay the lead, later adding a 2nd from the penalty spot as they ran out 3-0 victors much to the home crowd’s disappointment.

ALSO READ:  How Does GamStop Affect Football in the UK?
Embed from Getty Images

A 1-0 victory over Mexico in the final group game secured Uruguay’s progression to the knockout stages where they would face South Korea. Forlan turned provider when a dangerous cross wasn’t cleared properly, leaving Luis Suarez free to give Uruguay the lead. After Korea equalised, Suarez came up clutch again to regain Uruguay’s lead sending them through to the quarter-final.

What a quarter-final it would turn out to be. In one of the most memorable matches in recent World Cup memory, in front of a raucous African crowd, Uruguay took on the home continent’s last remaining hope, Ghana. The Ghanaians took the lead on the stroke of half-time when Sulley Muntari scored from distance. Forlan equalised with a brilliant free kick, sending the game to extra time. In the final moments of the extra period, Suarez controversially saved a certain goal with his hands, giving Ghana a penalty and earning himself a red card. Asamoah Gyan subsequently missed his penalty, meaning the match would finish 1-1 and be decided by a shootout.

Forlan took the responsibility and stepped up first for Uruguay, smashing the ball into the back of the net. A few moments later Uruguay were celebrating a spot in the Semi Final vs the Netherlands.

Once again Forlan was on the scoresheet as he equalised for Uruguay, giving them hope of a spot in the final. The Netherlands proved too much however as they ran out 3-2 victors, leaving Uruguay and Forlan having to settle for the 3rd place playoff against Germany.

Forlan would return with Uruguay for the 2014 World Cup, however now aged 35 he was little more than a bit part player, making his final World Cup appearance as Uruguay were defeated by Colombia in the last 16.

Forlan’s performance in the 2010 Fifa World Cup will go down in history as one of the best individual performances at a tournament. Scoring goals and providing assists he was the catalyst for Uruguay’s run to the semi-final, making him a true modern-day World Cup Hero.

Check back tomorrow where we’ll be taking a look at another hero of tournaments gone by as we continue our build-up to Qatar 2022. 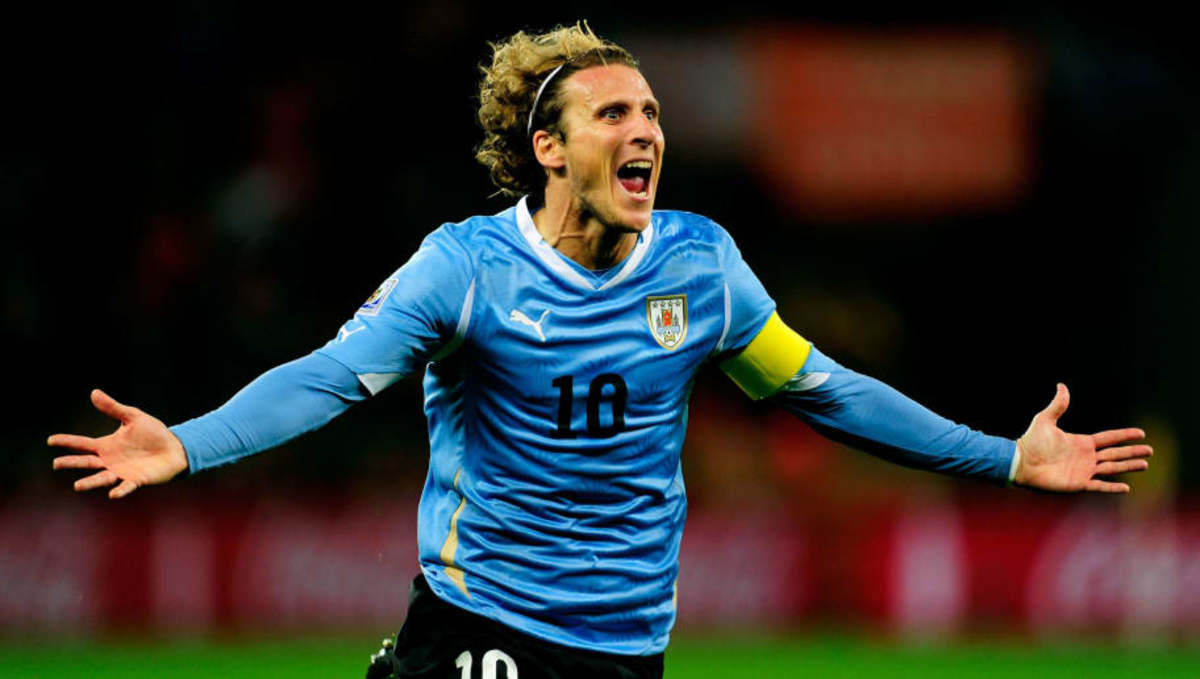