Another day nearer to the kick off of the 2022 FIFA World Cup means it’s time for another trip down memory lane to look at one of the stars of tournaments gone by. Today’s Hero has more World Cup goals for Argentina than both Lionel Messi and Diego Maradona and is the only man in history to score a hattrick at more than one edition of the tournament… Batigol, Gabriel Batistuta.

Undoubtedly one of the best World Cup goalscorers of all time, for Batistuta however, his relationship with football’s premiere tournament is a complicated one. Despite the individual success he achieved, Argentina consistently disappointed in all 3 of his appearances at the FIFA World Cup, despite being amongst the pre tournament favourites.

Firstly at USA 94, Argentina who went in as pre tournament favourites kicked off in perfect style. Batistuta getting the first of his World Cup hattricks in a 4-0 thrashing of Greece. It was the other man to get on the scoresheet that day who would eventually end up costing Batistuta and the rest of the Argentina team however.

Diego Maradona was a player never far from controversy and after testing positive for a banned substance the Argentina captain was kicked out of the World Cup leaving the Argentine squad under a black cloud.

Despite Batistuta getting his 4th goal in as many games vs Romania in the last 16, it wasn’t enough to prevent a 3-2 defeat, sending Argentina packing in one of the most disappointing results in the nations history.

France 98 and big things were again expected from Batistuta and Argentina. During the group stage Batigol was at his destructive best, firstly scoring the only goal in a 1-0 win over Japan then getting his 2nd World Cup hattrick as Argentina ran riot 5-0 vs Jamaica.

Batistuta took his tally to 5 for the tournament when he gave his side an early lead vs England in the last 16, Argentina eventually winning on penalties to reach the quarter finals against the Netherlands. Unfortunately for Batistuta and Argentina it would be heartbreak again as a 90th minute winner from Dennis Bergkamp saw Netherlands through to the semis.

Batistuta gave it one more shot at the 2002 Fifa World Cup and for the 3rd successive tournament he scored for Argentina in the opening group game, giving them a 1-0 victory over Nigeria. This was followed by a disappointing defeat to England which left Argentina needing to beat Sweden to qualify from the group. A 1-1 draw was all they could manage however, sending them crashing out at the group stage for the first time ever.

Finishing his World Cup career with a very impressive 10 goals in 12 games, Batistuta was also Argentina’s all time top scorer with 56 in 78 caps until Lionel Messi came along. When asked his thoughts on Messi taking his record, Batistuta quippied “I’m second to an extraterrestrial.”

The end of another of our look back at a FIFA World Cup Hero means another day closer to the start of Qatar 2022. Join us again tomorrow for some more reminiscing as we continue our build up. 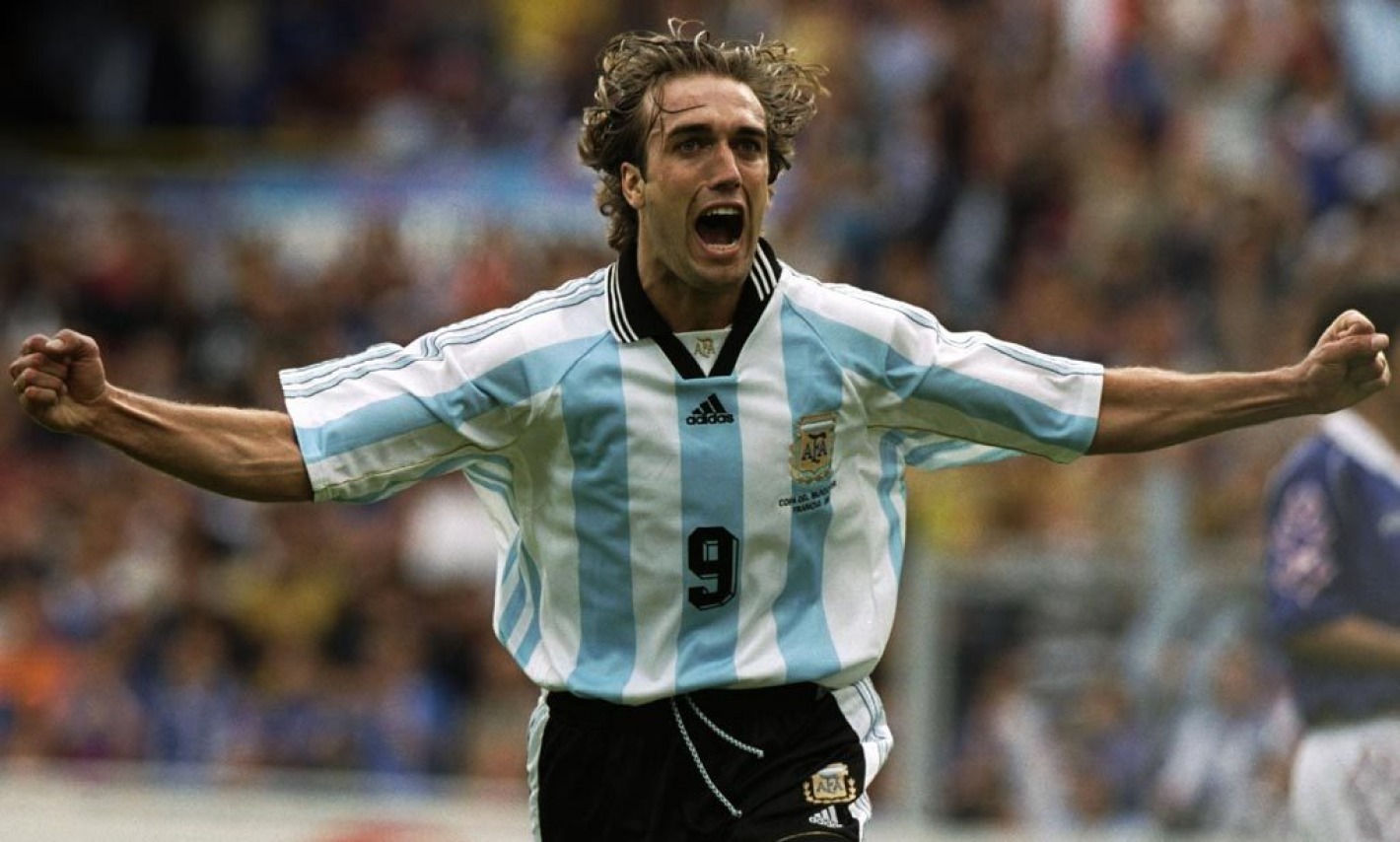