The world’s biggest sporting event is due to kick off in just under a week’s time. After highlighting the key player from every team in Group A, we will now set our sights on Group B.

England captain Harry Kane is a multifaceted striker, as he operates in a deeper role, allowing his teammates to make runs beyond him, while also being a lethal goalscorer.

Kane is, without a doubt, one of the top strikers in the world and is currently thriving in the Premier League, having scored 12 goals in the division this season in only 15 matches.

This England side very much revolves around the Tottenham Hotspur forward’s ability to sniff out half chances and play off of him.

The 29-year-old was England’s main man in the World Cup qualifications, ending as the joint-top scorer alongside Netherlands Memphis Depay, scoring a whopping 12 goals in eight games.

With the Englishman winning the Golden Boot four years ago in the 2018 World Cup, he will be looking to replicate his achievements this time around and will be crucial if England is to go all the way in Qatar.

ALSO READ:  Will Messi or Ronaldo lift the ultimate prize at Qatar 2022?

FC Porto striker Medhi Taremi, is proving himself a handful for centrebacks, as his talismanic services for both club and country have proven him as a top forward.

The Iranian has scored five times in the Champions League this season, leading his club side to a first-place position to qualify for the knockout rounds of the competition.

His accurate finishing and intelligent link-up play have also helped Iran qualify for back-to-back tournaments, as the forward hit the net eight times in the World Cup qualifiers.

Iran will likely be sat back in a low defensive block against sides that man for man has them outmatched for quality. Taremi’s role in this side will be crucial, as he will need to bring his teammates into the game and help his team get up the pitch.

It will also be crucial that he is able to finish his chances and with the current form he finds himself in, missing chances is an issue that does not look likely to come to fruition.

Tyler Adams has enjoyed a positive start to life in the Premier League, as the busy midfielder has been a regular since his arrival.

While the American does not offer the appeal of goals and assists for his side, what the 23-year-old does is the dirty work in midfield, using his relentless work ethic and defensive qualities to help shield the backline.

In a young and exuberant USA side that loves to play on the front foot, Adams often sits deeper in play, to protect areas that are vacated by his fellow teammates.

With higher expectations on a USA side than ever before, Adams will be crucial for his side defensively and without the combative midfielder, this side would simply not function the same.

While Adams may not be the glamorous option of Christian Pulisic, the tenacious shift that the youngster puts in for his side deserves its recognition.

ALSO READ:  The Key Player From Every 2022 World Cup Team – Group A

While not at the peak of his powers, Welsh superstar Gareth Bale is still his national sides jewel in the crown, as the all-time top scorer leads his side into another World Cup.

The ex-Tottenham Hotspur and Real Madrid man scored six and assisted three in the World Cup qualification stages, helping his side qualify for this tournament.

Bale still has the ability to be a match-winner for Wales, with the side still being majorly focused around him.

His long-range shooting abilities make him a threat from anywhere on the field and despite the breakdown in his raw pace, Bale still has the ability to beat a man and provide world-class delivery for his teammates.

The leadership and experience that Bale offers will also serve as a factor for his side, as there is no situation that the forward has not experienced and with him still being the best player in the squad, he is Wales best chance of success in this tournament. 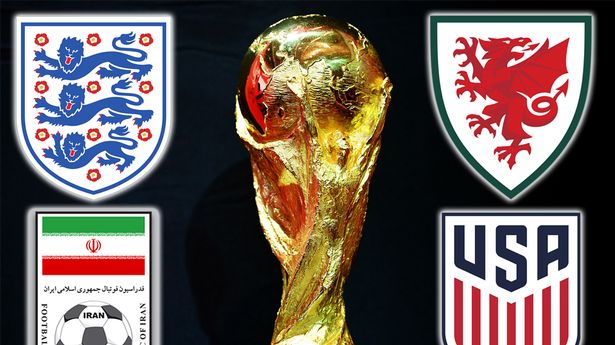