We continue our FIFA World Cup build-up with another look at another one of the tournament’s past heroes. This time around it’s the story of Italy’s 1982 World Cup winning hero, Paolo Rossi.

There are few greater redemption stories in the history of the sport than that of Paolo Rossi. After being banned as part of the infamous “Totonero” match-fixing scandal in 1980, Rossi would become the darling of Italian football just a few short years later. Missing the 1980 European Championship as a result, Rossi’s return to the Italian side ready for the 1984 World Cup was seen as a controversial selection by many fans in his homeland and around the world.

In truth Rossi initially failed to prove the doubters wrong. Italy scraped through the 1st group stage, drawing vs Poland, Peru and Cameroon, only scoring once in the 3 games. The Italian media weren’t impressed with Rossi, calling him a “ghost aimlessly wandering over the field”. After playing the full 90 in the opener versus Poland, an uncharacteristically quiet Rossi was subsequently subbed off at half time against Peru before again playing the full match in the final group game against yesterdays World Cup Hero, Roger Milla and Cameroon.

Despite the relatively poor form shown by Italy and Rossi, they had done enough to make it through to the 2nd group stage. In a tough group alongside the two superpowers of South American football, Argentina and Brazil, he Italians finally managed to get their World Cup up and running. Facing off with an Argentina team that could boast stars such as Ozzy Ardiles, Mario Kempes and the great Diego Maradona, Italy emerged victorious 2-1.

Even after the victory, there were still murmurs of discontent around Italy manager, Enzo Bearzot’s insistence on selecting the goal-shy Rossi. Paolo Rossi wasn’t going to just take the criticism lying down however and in a matchup versus a Brazilian side including the likes of Zico and Socrates, Rossi finally sparked into life. With a semi-final spot on the line, the Siena-born striker put the Brazilian defence to the sword.

The clash of styles saw the front-foot Brazilians take on the defensive-minded Italians. It took just 5 minutes for Rossi to make an impact, heading in Antonio Cabrini’s cross. Socrates levelled things for Brazil before Rossi again found the back of the net to regain the lead for the Italians. After Falcao made it 2-2, Rossi pounced once again to complete his hat-trick and send Italy to the semi-finals after the most memorable matches in Fifa World Cup history.

Another 2 goals versus Poland from Rossi fired Italy into the final, where the Siena born striker once again came up trumps. Facing off against West Germany, Rossi headed home in the 58th minute ton put Italy on the road to a 3-1 win and pick up the World Cup for the first time in 44 years.

His tally of 6 goals saw him take home the Golden Boot award and he became the inaugural Golden Ball winner, the award given to the tournaments best player, not bad for a “ghost aimlessly wandering over the field”.

Unsurprisingly, the mood of the Italian fans and media changed from vilifying Rossi as a convicted cheat to idolising him as World Cup winning hero. Going on to win the Ballon D’or in 1982 largely due to his incredible performances for Italy, Rossi would be inducted into the Italian Football Hall of Fame in 2016 before his untimely passing at the age of 64 in December 2020. 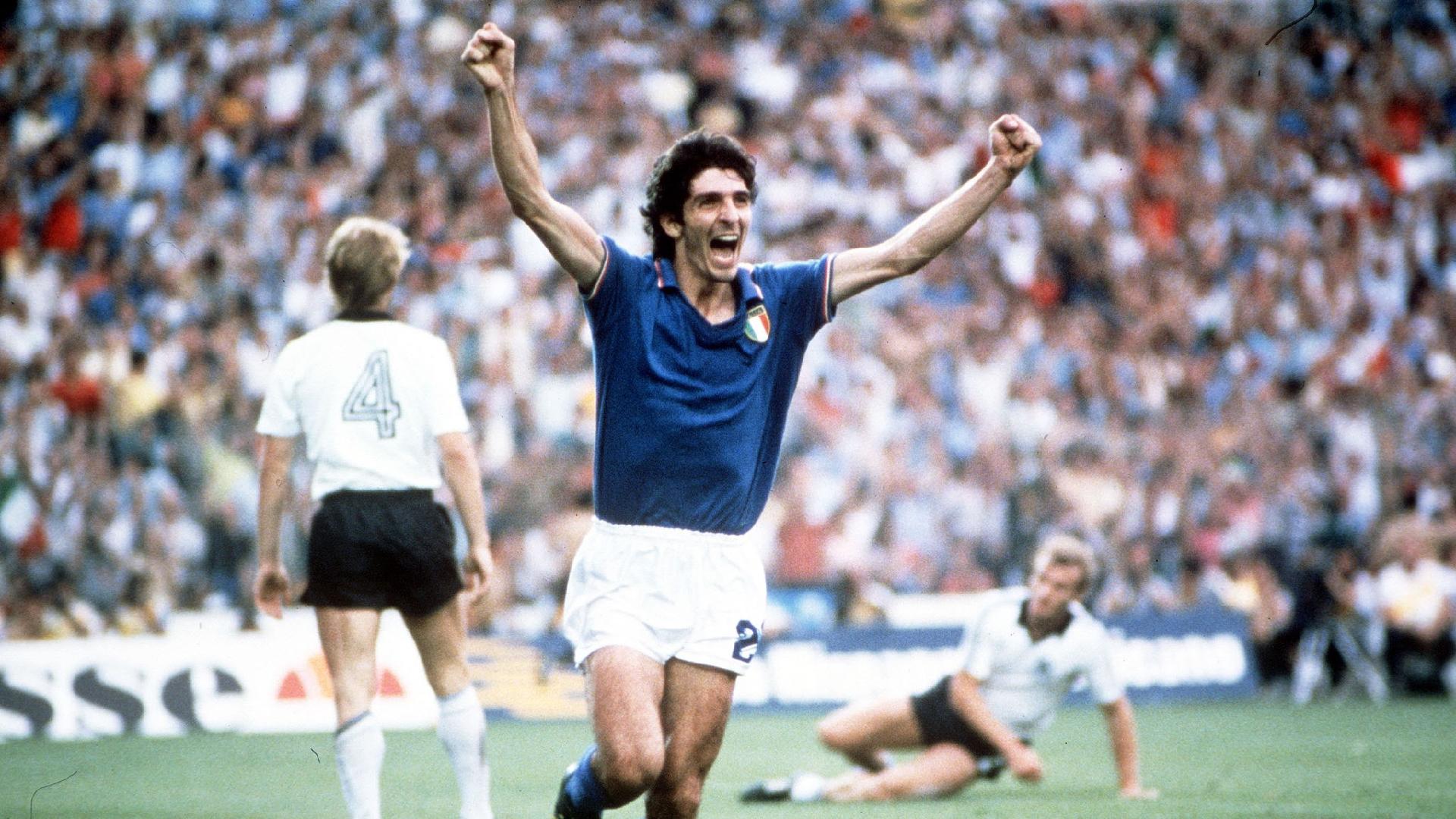