They are calling it the fight of the decade. Some people are even calling it ‘The Fight of the Century.’ Regardless of the billing Mayweather v Pacquiao is one of the most hotly anticipated boxing match ups in years. The fight which will be held in the MGM Grand, Las Vegas on the May 2nd will be the meeting of two of the greatest pound for pound fighters on the planet in what is surely the richest fight in history.

The slick counter punching style of Floyd ‘Money,’ Mayweather Jr. will be tested against the explosive power and speed of Manny ‘The Fighting Pride of the Philippines,’ Pacquiao. The meeting of these two modern greats has been stalled over the years by protracted negotiations and disagreements over drug testing. It is with a great sense of relief that the boxing community and the sport’s fans can put this all behind them and bear witness to the spectacle which is nearly upon on us.

Manny Pacquiao may be regarded as ‘The People’s Champ,’ and individual who rose above his humble beginnings to cement his status as one of the most highly regarded boxers in the sport. His blistering speed and power made him an instant fan favourite and his close relationship with his trainer Freddie Roach from the Wild Card Gym in Los Angeles is reminiscent of the stuff usually reserved for the big screen.

In contrast Floyd Mayweather Jr. cultivates a different public image. The brash and confident fighter overcame equally humble beginnings to rise to the top of his sport.

His image as a fighter has perhaps been overshadowed by a difficult relationship with his father, his obsession with money and his criminal convictions for domestic abuse. However, inside the ring he is undoubtedly the greatest boxer active today and if he beats Pacquiao he could legitimately claim to be the greatest boxer in history.

There is a great deal of speculation about who will emerge victorious on May 2nd. There are a growing number of people who feel that Mayweather will not have an answer for the left hand and speed of Manny Pacquiao. The same individuals argue that Mayweather has done a very good job of risk managing his career to date, that he has been ducking Pacquiao for years.

It is true, that the meeting of Mayweather and Pacquiao would have been more competitive in 2009, but equally you could argue that with both fighters being older, wiser and perhaps even slower it could be a much more intriguing affair.

There was a time when Pacquiao’s seemingly aura of invincibility would have been unquestioned. However, in recent years he has lost some of his momentum as a fighter. He suffered back to back losses in 2012, firstly a controversial decision to Timothy Bradley and then a crushing knockout at the hands of Juan Manuel Márquez.

During that time Mayweather has continued his unbeaten streak and it would appear he has the upper hand going into the fight. Yet, boxing can always spring a surprise and many fighters have suffered an upset in their quest for undefeated glory; Julio César Chávez lost to Frankie Randall, failing in his quest for the perfect 100-0 record and famously Larry Holmes lost to Michael Spinks and thus failed to eclipse Rocky Marciano’s lost standing 49-0 record at heavyweight.

Interestingly, going into this fight both boxers have shared a number of opponents and these results may prove critical to determining the winner of the bout. Pacquiao enters the fight as the only eight division world champion in history and with the reputation of being a puncher. His most impressive knockout was his first fight at welterweight against Miguel Cotto when he annihilated the much bigger Cotto and it remains a devastating example of his ferocious punching power. When Mayweather fought Cotto it was in the Light Middleweight division with Cotto did a good job of roughing Mayweather up.

It proved to be a tough fight for Floyd but he emerged a unanimous winner. However Pacquiao’s reputation as a puncher is somewhat misleading, his high-profile knockout victories against Barrerra, Morales, Hatton and De La Hoya were against opponents who with every respect were coming to the end of their careers. The majority of knockouts on Pacquiao’s record came early in his career and he has only knocked out two of his last ten opponents, stretching back to 2009.

Likewise, Mayweather has only knocked out two of his last ten opponents which would suggest that neither fighter carries the same power at welterweight. Power isn’t always the demarcation for success in boxing. Mayweather has held world titles in five different division for the last seventeen years. He has beaten seventeen opponents who have held a world title at some point in their career. It is this class that sets him apart from Pacquiao and all other fighters in the sport, Mayweather always finds a way to win.

There is one other yard stick for the fight; Juan Manuel Márquez. The Mexican has a reputation for being a highly skilled and technical fighter. Pacquiao’s first fight with him ended in a draw, the rematch was awarded to Pacquiao, but many pundits felt Marquez was the winner. The rubber match in 2012 saw Marquez knock Pacquiao out in the sixth round. When Marquez fought Mayweather he landed only 19% of his punches, was knocked down in the second and lost a unanimous decision.

Reason dictates that Mayweather should be victorious in Las Vegas, his clever counter punching and body movement will be utilised to negate the Pac-man’s power. It’s not that Manny Pacquiao is without ability but in Mayweather he is meeting the best fighter of his generation. Pacquiao’s prowess and personality have helped him transcend boxing and that is an overwhelming factor in the fight. In recent years Pacquiao has involved himself in politics in the Philippines, as well as participating in basketball, acting and music.

When a fighter achieves that level of success you question if the desire to absorb punishment in the ring is still there. Despite these question marks fans should look forward to an absorbing fight, although perhaps not the ‘Fight of the Century.’ Both fighters will be motivated by pride and a place in history but Mayweather looks and sounds hungrier for the win and should take a close fight by split decision. 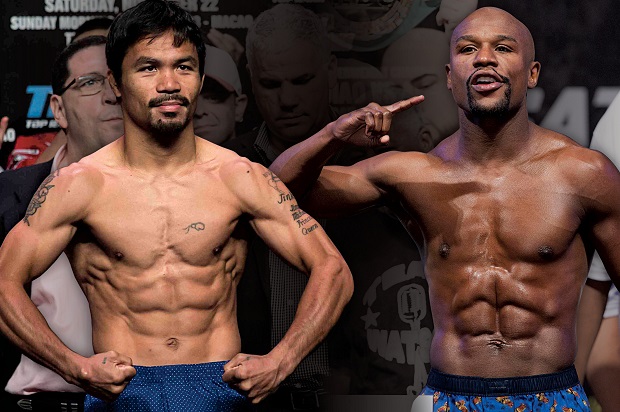