The second semi-final in the Carabao Cup saw a Manchester derby at Old Trafford, these two met in last season’s semi-final, which City won over two legs, and the visitors were looking to make the League Cup final for the fourth straight season, whilst United was trying to banish the semi-final tag and go one better after three failures at this stage last season, here is what happened…

Pre-match saw tributes for City legend and arguably their best ever player Colin Bell who sadly passed away yesterday at the age of 74, the City players wore his retro number eight shirt as they took to the field before kick-off, a nice touch, and then a moving minutes silence followed with a shot of Mike Summerbee, who was a teammate of Bell’s as well as a dear friend, shed a few tears up in the director’s box, very moving indeed.

Could City do Colin proud and make yet another League Cup final? Or could Ole and his United team banish those semi-final heartaches and get one over their city rivals and make a final.  Jose and Spurs awaited the winners of course after their win over Brentford on Tuesday night at the Tottenham Hotspur stadium.

What we all wanted was a much better spectacle than the derby we got here a few weeks ago in the league when the sides played out a bore 0-0 draw, which at that time was between two sides who were certainly not playing at the level and confidence they had reached this time around.

United saw an early goal ruled out for offside before City then suffered a similar fate, and then City keeper Steffan, still in goal as first choice Edison was still recovering from Covid, pulled off a decent save to deny Fernandes before City went even closer after de Bruyne thumped a brilliant effort against the post.

Phil Foden then got through and slid under Henderson but was flagged offside meaning another disallowed effort, but it had been a much better contest between two sides who you could see had so much more confidence and desire then a few weeks ago, although despite this neither could find the net in the opening half, so it remained goalless.

Early in the second period though City found a breakthrough, although it was a scrappy goal to say the least and one which United would have been disappointed with, as Foden whipped in a free-kick which was allowed to travel right across to the far post where Stones was, and it hit him on the thigh and ended up in the net.  An unlikely goal scorer but it meant City had the lead.

Manchester United was thankful to Henderson that it remained just the one goal after that as he pulled off decent stop to deny a Sterling header, and then pulled off an even better stop to deny Mahrez.  United themselves did have a couple of decent openings, both headers, but Martial and then Maguire could not find the target with either of their chances.

City though seemed to always be a touch better than their opponents, especially in the second half, and with eight minutes to go sealed their passage into the final when a corner swung in saw United flick a header away and then Wan-Bissaka head out straight to Fernandinho who volleyed a wonderful first-time effort into the bottom corner with an unsighted Henderson rooted to the spot.

He had not netted for two years so both of City’s scorers were not ones who would come to mind straight away, but Stones and Fernandinho’s goals were to be the ones that made the difference and take Pep’s men through to the Carabao Cup final in April and a match up with Jose’s Spurs. Should be a good one.

Manchester City will be going for their fourth successive League Cup win, not bad, whilst Spurs will be looking for their first trophy in thirteen years. Spurs beat them 2-0 in the league remember, but that will mean nothing when the final takes place in over three months from now.

For United though it is a massive disappointment, another semi-final loss and another one to their nearest and not so dearest, they must turn their attentions to the FA Cup and then the league thereafter, they have done well over the last few weeks, so they must not let this disappointment derail that.

A final word for Colin Bell, rest in peace fella, you would have enjoyed what you saw this evening no doubt… 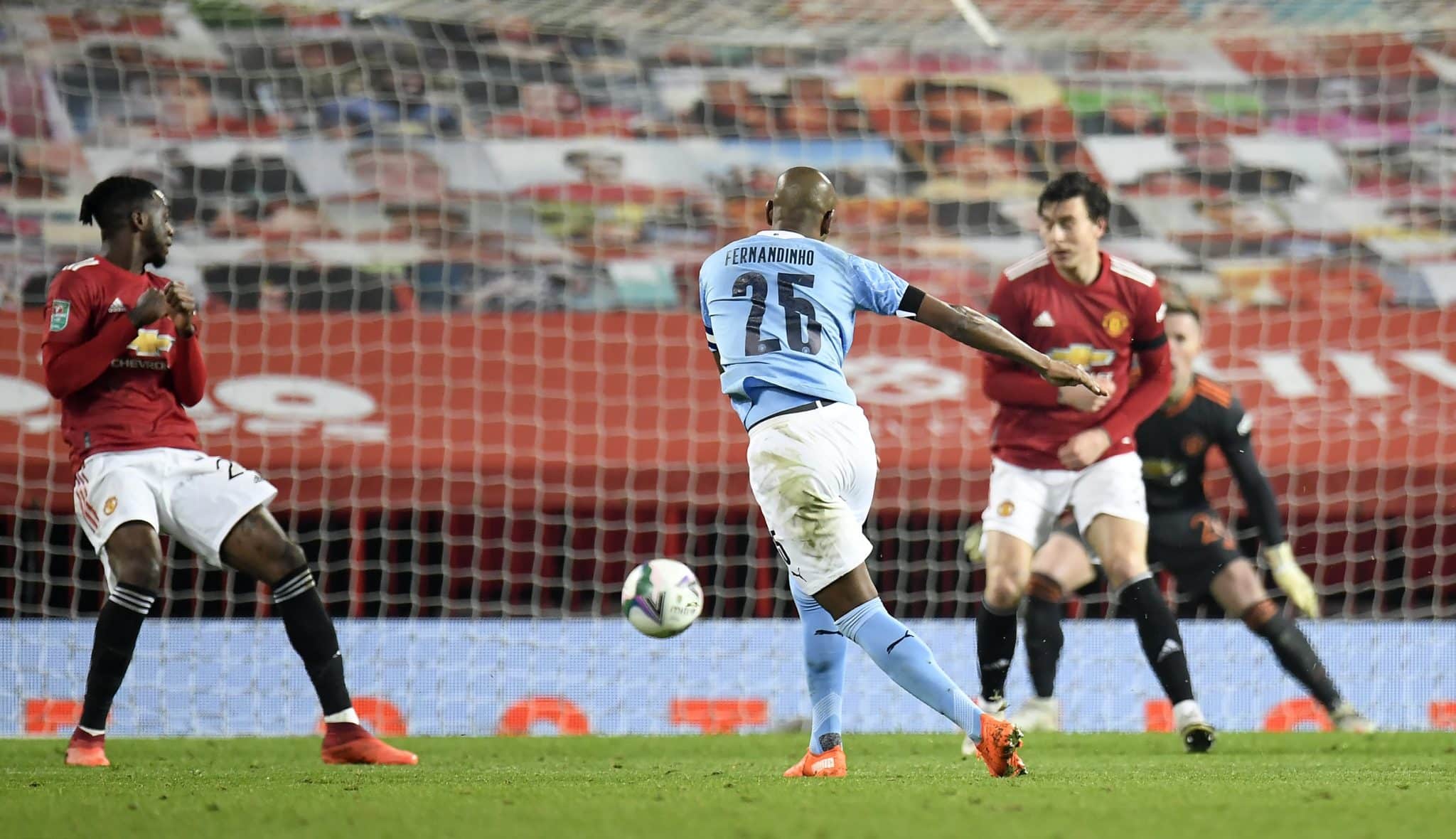