German playmaker Kai Havertz grabbed a last-gasp winner for Chelsea against Newcastle United in the Premier League on Sunday, to ease tension around the club amid its mounting off-field financial problems.

After the European champions’ future was thrown into doubt by sanctions imposed on their owner Roman Abramovich midweek, their display matched the nervous energy of the home fans at Stamford Bridge for much of the game.

Following his first goal for Newcastle against Southampton on Thursday, Chris Wood very nearly took advantage by adding to his tally in the 34th minute, but his glancing header drifted just wide of the far post.

ALSO READ:  Everton – How lofty ambitions and poor decisions left them in a relegation battle
Embed from Getty Images

Four minutes later, the eventual matchwinner Havertz also appeared lucky to remain on the pitch when his elbow caught defender Dan Burn in the face, and though he got away with a booking, Newcastle continued to press.

However, as the game wore on Chelsea pushed forward, throwing on Christian Pulisic and Romelu Lukaku, and their late drive eventually led to a winner, after Havertz cooly slotted past the advancing Martin Dúbravka in the 89th minute.

Chelsea’s frenetic late-season spell continues as they travel to Lille in the UEFA Champions League on Wednesday, while Newcastle visit Everton on Thursday, who themselves are in turmoil near the Premier League’s relegation zone. 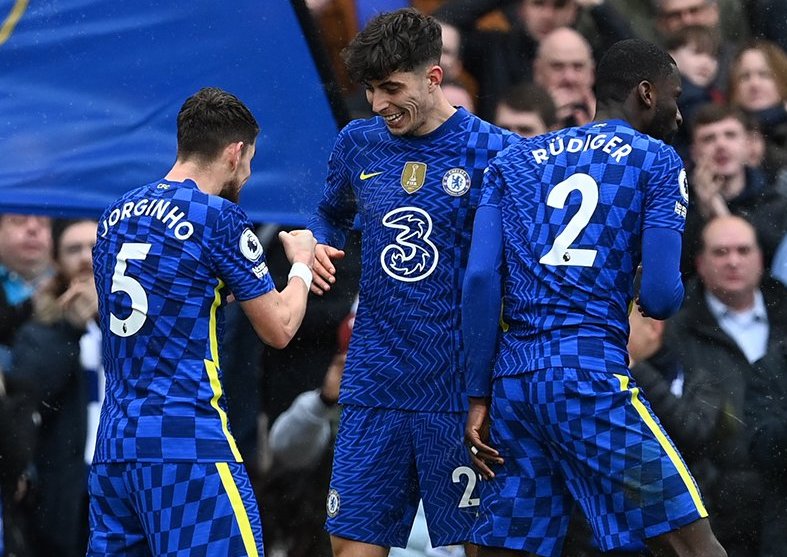