The Antonio Conte era at Spurs started with a chaotic 3-2 win in a game that was labeled “crazy” by the new Spurs Manager. Indeed, the first half contained all five goals, whilst the second half saw three red cards given with Vitesse down to nine men. The win for Spurs has reignited their hopes of qualifying to the knockout stage of the European Conference League.

Along with Conte’s appointment as the new Spurs manager, former player and interim head coach Ryan Mason is the new first-team coach. Three new fitness coaches were also appointed as a part of Conte’s new staff.

One of the main differences fans expected to see with Conte in charge was the change in formation. Before Conte’s appointment, Tottenham operated with a back four, but as expected yesterday’s game saw a back five with Sergio Reguilon and Emerson Royal positioned in the wingback role. Conte’s system also demands the players to work harder and places doubt over the future of the likes of Dele Alli and Tanguy Ndombele.

Conte’s impact on the players was seen immediately with Spurs playing on the front foot with more intensity. In the opening couple of minutes, Son was played through on goal by Romero but his effort was cleared off the line by Danilho Doekhi. Moments later, Vitesse had a penalty call after Ben Davies’ challenge on Nikolai Baden but the referee refused to give the decision.

The first goal of the five-goal thriller came from Son. Schubert stopped Lucas’ initial effort on goal and with Kane failing to get to the rebound, Son managed to drive the ball in the net from a tight angle.

Tottenham continued to create opportunities in the game with Son striking the post from close range. It didn’t take long, however, for Spurs to double their lead with Kane releasing Lucas on a one on one with the keeper. With Royal and Son on either side, Lucas opted to go alone with a cool finish into the bottom left corner.

Two goals became three as Spurs rampaged on. Ben Davies’ scuffed effort towards goal fell into the path of Harry Kane but it was Vitesse defender Jacob Rasmussen who put the ball into the back of his own net as he attempted to clear the ball away from goal.

Despite the scoreline, Vitesse created chances of their own testing Hugo Lloris’ ability on a number of occasions. The breakthrough for the Dutch side came from a corner kick with Rasmussen avenging his previous mistake of an own goal with a goal of his own after breaking away from Eric Dier.

Tottenham’s start to the game suggested a new hope for Spurs but their frustrations of conceding an earlier goal worsened as Vitesse scored another to make it 3-2. Lucas’ sloppy backpass was met by Yann Gboho who squared it to Matus Bero who finished the chance, slotting the ball into the corner of the net.

With no goals scored in the next half, the second half surprisingly still provided entertainment. The first red card of the match was given to Romero for a second bookable offence and provided a nervous period of the match for Spurs as they were on the back foot.

This pressure eventually came to an end when Vitesse defender Doekhi received a red card after bringing down Harry Kane. The referee wasn’t finished there giving yet another red card after Markus Schubert handled the ball outside his penalty box after he came rushing out his net in an attempt to save Royal’s shot from distance.

Lo Celso then had a great opportunity in the latter stages of the game when Ndombele played him through on goal only for the Argentine’s poor effort to be saved by the keeper.

The first half an hour of Conte’s reign provided optimism for Spurs fans with Tottenham creating an abundance of opportunities in the attacking third. Both wingbacks for Spurs were flourishing in their new role, whilst Romero and Davies were playing the ball out from the back with ease. After the half an hour mark, Tottenham were grounded back to reality conceding two poor goals.

The result places Spurs in a promising position in their European Conference League group, but the scoreline is more worrying, suggesting that the defensive frailties which tormented Nuno still remain. Conte really has a job on his hands. 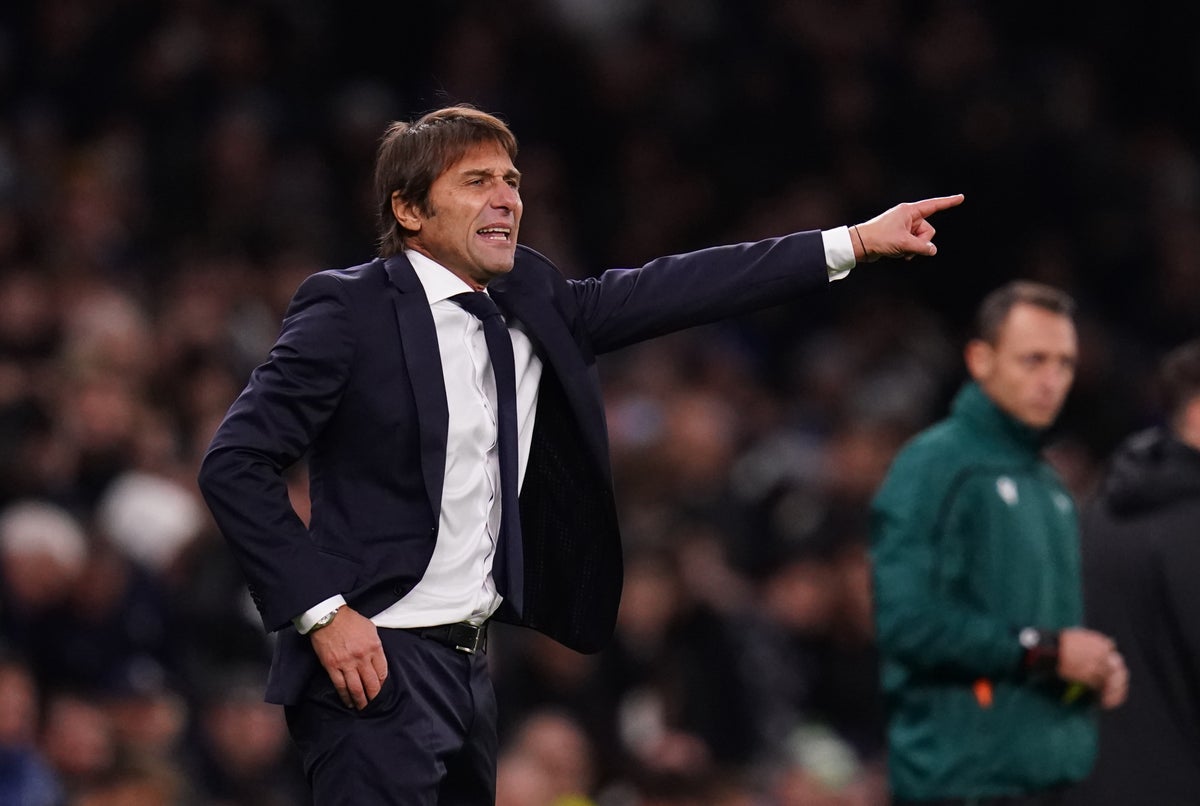