Colin Ingram was the star of Friday’s action with the rain being the big winner as only 2 games were played in the Blast and World Test Championship were possible of the 9 that could have seen some action.

No play was possible in the World Test Championship final Day 1 at the Rose Bowl due to rain – there is now the possibility of the reserve day of Wednesday being used if there is some play before then (if not then it won’t be used as the trophy is shared if neither team win the game).

Derbyshire won the toss and elected to field in a game that was reduced to 15 overs per side.

Steven Mullaney would be the final man out to the same combination of players for 21 as Samit Patel (64 off 32 balls) and Luke Fletcher (3) the not out batsmen.

Fynn Hudson-Prentice would be bowled by Patel before Guest would be caught by Patel off the bowling of Matt Carter, both for 6 – Leus du Plooy (58 off 35) and Alex Thomson (9) the not out batsmen as the visitors fell just short of their target.

Notts travel to Lancashire tomorrow afternoon while Derbyshire travel to Yorkshire at the same time.

Glamorgan won the toss and elected to bat first.

They would lose Nick Selman LBW to Blake Cullen for 3 before Marnus Labuschagne was bowled by Steven Finn for 13. David Lloyd would be LBW to the same bowler the following ball for a golden duck before Kiran Carlson was caught & bowled by Luke Hollman for 5.

Callum Taylor was bowled by the same bowler for 5 before Dan Douthwaite was caught by Hollman off the bowling of Finn for 8. Ruaidhri Smith was bowled by Finn for the second golden duck of the innings before opener Colin Ingram was caught by Paul Stirling off the bowling of Cullen for 75 off 48 balls. Wicket-keeper Tom Cullen was the last man out for 5, caught by John Simpson off his namesake, with Timm van der Gugten and Prem Sisodiya not out with 18 and 6 (off 1 ball) respectively.

Essex will travel to Kent Spitfires tomorrow while Gloucestershire host Hampshire Hawks at the same time. 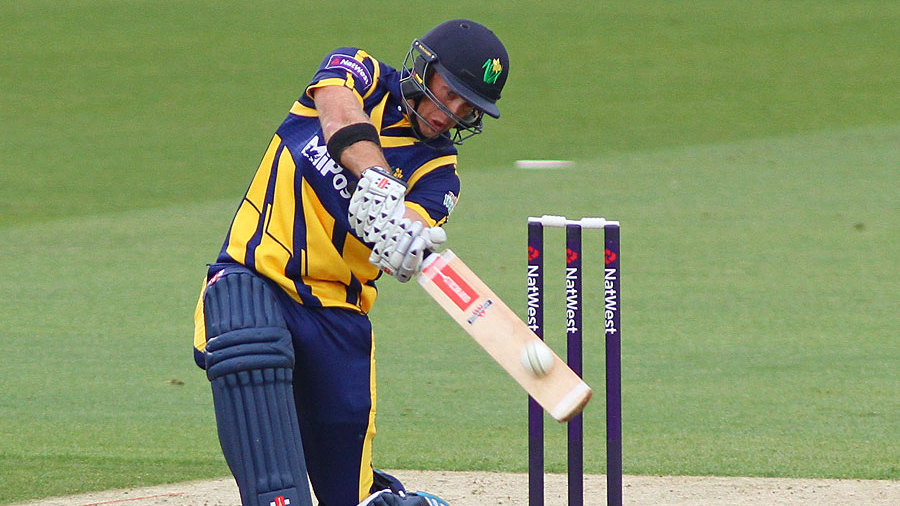