With England’s heart-breaking loss to Italy on penalties, is it time to rethink how tied football matches are decided? Penalties are doubtlessly exciting, but do they go against the spirit of team sports and are they a fair way of determining the outcome of the biggest football tournaments in the world?

The current rules of FIFA football competitions and most domestic cup competitions are that if the score remains a draw after 30 minutes of extra time, teams choose 5 players and then proceed to a penalty shootout. Now although this is an integral part of footballing history, it seems it is time for it to be relegated to the dustbin of history.

After England’s loss to Italy in the Euro finals the indignation and anger was felt across the country, with many online voicing their displeasure at the outcome of how the game was decided. I am sure purists of the game will recoil at the thought of changing how games are decided, but, prior to 1978, FIFA World Cup games in the knockout phase that were tied at the end of extra time were decided with a coin toss. Let’s explore some options that could be implemented.

One of the reasons why the determination of a winner should be decided by means other than a penalty shootout is the apportion of blame to the individuals who do not score on their attempt. The racist vitriol and abuse that Jadon Sancho, Marcus Rashford and Bukayo Saka received for missing their respective shootout attempt shows how vulgar, disgusting, callous and malicious fans can be to a failed attempt.

Do we really want our biggest and brightest stars to be the target of such hatred? Another player known for his missed penalty was Robert Baggio who in the 1994 final missed his penalty that would crown Brazil World Cup champions.  Baggio has since said that that miss was the worst moment of his career and negatively affected him for years afterwards.

The 2021/2022 Premier League season is yet to start, so we are yet unable to see if the misses in this summer’s European Championship will adversely affect any of the 3 England players. All three are aged 23 or younger, so one can only hope that their misses do not affect their play in the upcoming years.

Football is a team sport, yet Rashford, Saka and Sancho were blamed for the loss of the biggest game in England’s history for over 60 years. Why was the ire not directed at the entire team or coach who failed to win the game in full time? Are they not just responsible as these 3 individuals? By deciding the game by a shootout, you reduce a team sport to nothing more than a spectacle of one on one. Not only that, but you take away 6 other players from being able to contribute to a team’s success. I can think of no other team sport where important and history defining matches are decided by turning it into a one-on-one spectacle.

Gerard Pique rightfully pointed out the unfairness of penalty shootouts. Just over 60% of shootouts are won by the team that shoot first.  And the decision of who gets to shoot first is made by a coin flip. This is nothing but luck of the draw. A flip of the coin can play a huge role in determining who wins. How is this fair? How does this fit into the spirit of sports where the best team wins on any given night? How does this fit into the sporting ethos of teamwork, camaraderie, and the best team wins? 0.4 seconds is the amount of time a goalie has to react to a penalty kick. The fastest, most agile goalie in the world still cannot react quick enough to make a save. For a goalie to save the penalty shot requires luck or poor skill by the shooter. How is this fair to a keeper?

It is my opinion that the NHL – The National Hockey League – the premier ice hockey competition in the world, has the perfect solution for deciding a winner when teams are tied after full-time, and that this should be implemented into football competitions. It is not without good reason that people say the NHL playoffs are the most exciting in sport.

The NHL consists of three 20-minute periods. During the regular season, if after the end of regular time the score is tied, they go into overtime. It consists of one 5-minute period where the skaters are reduced to 3 on 3 to expedite scoring. If after 5 minutes they are still tied, they proceed to a penalty shootout. But once the playoffs take place the format is completely changed; It changes to sudden death overtime, where the team to score first wins the game. It is clear the format is changed because deciding important games by a skills contest is no way to determine a winner and goes against the spirit of team sports

There are many good reasons to implement sudden death extra time, or golden goal for international football competitions. As we saw in the Spain vs Switzerland game, which was decided by shootout, was that for the entirety of extra time, Switzerland was playing for the tie, for a penalty shootout. Spain was clearly the better team, yet they could have lost the match in a penalty shootout. Is this really what we want to see; the better team losing to a team parking the bus to get to a penalty shootout where winning and losing is basically determined by luck. If a match that went past full time was decided by sudden death, first team to score wins, what happens? There would be no more parking the bus, teams would have to play for the win. This would create such a frenzied atmosphere of intensity and excitement for both players and fans.

Imagine the full-time whistle is blown, the score is 1-1; on the line is the European Championship. You are playing in front of 70,000 people. One mistake, one lapse of judgement and it is all over. All it takes is to score that golden goal and history is yours; you will never be forgotten. The intensity is palpable. The fans know. The players know. All it takes is that one goal.

There will be detractors of course. Football is an energy consuming, high intensity affair. The longer it goes on the more fatigued players become, which can lead to injury. But there are ways to avoid this. More substitutions in extra time could be allowed. Instead of a allowing for a quick drink break between full-time and extra-time, give the players a full 15 minutes to head to the dressing room to have a much-needed break and replenish any lost fluids. It could be argued that NHL hockey is a tougher, more high endurance sport, yet they play until a team scores, regardless of how long the match takes. The first NHL game with sudden-death overtime was game four of the 1919 Stanley Cup Finals, for more than 100 years the NHL has decided playoff winners stuck in a tie by sudden death.

As demonstrated, the current system of deciding a draw is decidedly unfair. It goes against what sport stands for. It is largely determined on luck. The goalkeeper is at a distinct disadvantage. And there are better, fairer, more exciting ways to determine a winner that will only bring more excitement and add more intrigue to the beautiful game. 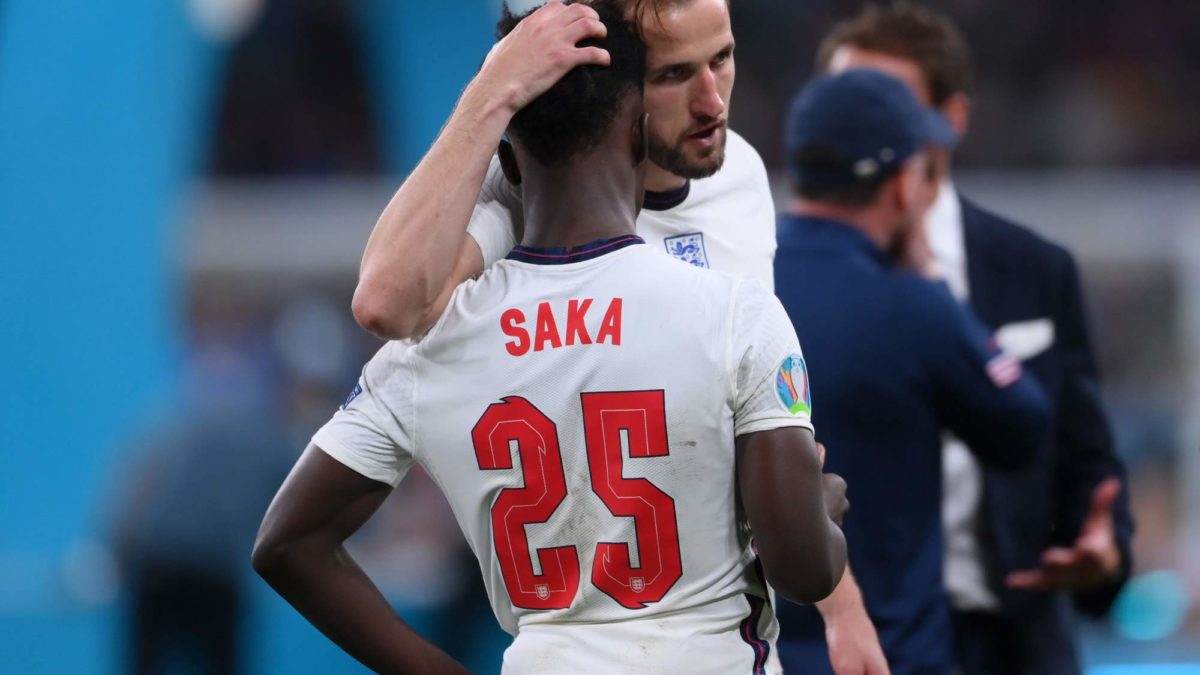