As with any award announcement, there will always exist a conflict of opinion, generating controversy over player selection.  However, in its 17th edition of the FIFPRO Men’s World XI, some inclusions, or rather omissions, have raised even greater dispute than normal amongst football fans, particular those of the Premier League.

Subsequently, analysing the performances of those included in the World XI as well as the wider 23-man squad, we’ll decipher whether such controversy surrounding this year’s edition of the award is warranted and determine if it is a representation of player popularity rather than one of merit.  But first, how the award actually operates.

How does it work?

Every year, FIFPRO asks players from across the globe to select the best players in the game over that period.  Each player is asked to submit, via a digital voting tool, their 3 best players in the four elected positions; goalkeeper, defender, midfielder and attacker.

The votes are collected to form an initial shortlisted 23-man squad of players with the most votes.  The team consists of three goalkeepers, six defenders, six midfielders and six forwards, with two remaining spots occupied by the outfield players with the next most votes.

The final World XI is then formed by the players with the most votes in each position, comprising of a goalkeeper and a minimum of three defenders, three midfielders and three attackers.  The final spot is fulfilled by the outfield player with the highest number of votes after that.

The 2021 team was voted for based on their performances between 8th October 2020 and 7th August 2021.  The nominees for the World XI and those that made the shortlisted 23-man squad are italicised in the list below, with those making the final World XI left in bold:

What is the outrage?

A team that, for the 15th straight year, features the galactic names of Lionel Messi and Cristiano Ronaldo, arguments are being made for the selection of players alike over those who have potentially had equally, if not more, impressive seasons for club and country.

The particular disagreements of note have been the oversight of big name players such as Bayern Munich’s Joshua Kimmich and Thomas Müller, Atlético’s Marcos Llorente and Tottenham and England’s captain, Harry Kane.

Although three of those names would occupy a midfield selection, the one omission from the 2021 Men’s World XI that dominates all is that of an attacker.  Liverpool’s talismanic winger and African Player of The Year, Mohammed Salah.

Salah’s exclusion from not only the final XI but the wider 23-man squad, has generated such pandemonium that even professional footballer’s have taken to social media to make their disappointments known.

Therefore, analysing the performances and achievements of the 23-man squad over the previous season, is the Final XI selection justified. If not, is their inclusion a consequence of popularity rather than one of merit.

It was PSG youngster, Gianluigi Donnarumma who claimed the number one spot over nominees Alisson Becker and Edouard Mendy.

Although arguments can be made for the inclusion of either Alisson Becker or Champions League winner Edouard Mendy, who boast far more impressive stats, Donnarumma did play every game of Italy’s triumphant European competition and also walked away with the ‘Best Goalkeeper’ and the ‘Player of the Tournament’ awards; so his selection is more than justified.

David Alaba became the first Austrian player to be included in the Final World XI.  He won the Bundesliga, German Super Cup, UEFA Super Cup and FIFA Club World Cup with Bayern Munich as well being named Austria’s ‘Footballer of The Year’.

Leonardo Bonucci, who started all of Italy’s successful European campaign, also won the Italian Cup and Italian Super Cup with Juventus.  If it wasn’t for such success on an international stage, you could comfortably argue for the representation of Trent Alexander-Arnold in his place.

Ruben Dias occupies the final defender spot, displaying the most remarkable stats out of all 6 that made the wider vote.  He was heavily responsible for 26 clean sheets in 50 outings for Manchester City, helping them to not only reach a Champions League final, but to win the EFL Cup and Premier League.

Now, Bonucci aside, there is very little argument being made over the selection of the final three defenders.  However, it is the wider inclusion of Jordi Alba and in particular, 38-year-old Dani Alves that raises question to the meritocracy of this year’s votes.  A man that featured in just 22 games for São Paolo has not won a major trophy since the 2018/2019 season.  However, Alves re-joined Catalan giants, Barcelona towards the end of last year, suggesting that his inclusion is one of popularity due to his previous history and success with the club and not one of merit.

It is a similar story for the midfield selections too.

Like his Portuguese teammate, De Bruyne played a pivotal role in leading Manchester City to EFL Cup and Premier League success as well as a captaining them to the final of the Champions League.

In addition, the presence of the Chelsea duo is fully deserved.  They formed the foundations for Chelsea’s defensive supremacy over the course of last season, which resulted in Champions League triumph. Jorginho also claimed the ‘Best Midfielder’ award to complement Italy’s European title.

Subsequently, it is again the wider selection of players such as Frenkie De Jong and Sergio Busquets, where greatest contention lies.  Both players featured in what can only be described as a very disappointing season for Barça, finishing 3rd in La Liga and crashing out of the Champions League in the Round of 16.

Compare that to the seasons and performances of Joshua Kimmich (17 direct goal involvements), Thomas Müller (36) and Marcos Llorente (23), and their inclusion is even the more confusing.  All three players were sensational in their team’s domestic triumph and so their oversight also indicates it is a result of popularity rather than one of accomplishment.

When considering the selection of the final four attackers over those in the wider squad, very little argument can be made over such outcome; as their stats will show.  However, it is rather the comparison with those players to not even make the list that has caused the most significant uproar.

As mentioned, the one at the heart of it all, Mohammed Salah.

Firstly, there is no denying the representation of Erling Haaland and Robert Lewandowski.  Two of the most prolific strikers over the past season, their presence in the squad is very much deserved.

Erling Haaland became the first Borussia Dortmund and first Norwegian player to ever feature in the FIFPRO Final World XI thanks to a season in which he netted 36 goals in 36 games.  He was also top scorer in the Champions League with 10 goals, obliterating the record to become the youngest (aged 20) and the fastest (14 games) to reach 20 Champions League goals.  Haaland’s prolific form extended to the international stage, where he was joint top goal scorer in the Nations League (6 goals in 4 games), winning Norway’s Player of the Year award too.

Robert Lewandowski scored 43 goals in just 37 games during the period of note, which saw him claiming a multitude of individual awards; UEFA’s Best Player in Europe, Best FIFA Men’s Player, Bundesliga Top Goalscorer, Poland and Germany’s Footballer of the Year award and Player of the Season as well as the inaugural ‘Striker of The Year’ award.  A man that would have comfortably won the Ballon D’Or in 2020 had it not been for its cancellation, Lewandowski should have also won it last year after yet another sensational season.

Secondly, to dispute the inclusion of, arguably, the two greatest footballers to have ever played the game in Lionel Messi and Cristiano Ronaldo is very difficult.

However, a season that resulted in Cristiano Ronaldo finishing outside the Top 3 of the Ballon D’Or list for only the second time in 13 years, suggests that it may finally be time for him to surrender his dominance at the top of World Football.

His adversary, on the other hand, Lionel Messi is still very much deserving of his place.  The only non-European player in the Final World XI, Messi converted an incredible 37 goals in 45 games for Barcelona as well as 10 for his national side, to lead them to their first Copa America title since 1993.  Although we may not have witnessed the copious number of goals we are used to from ‘La Pulga’, the fact he was still able to secure his 7th Ballon D’Or is testament to his exceptional consistency and ability to perform at the highest of levels.

For Ronaldo, his season was, statistically, the worst it has been since 2009.  For ‘African Player of The Year’ and nominee for ‘Best FIFA Men’s Player’ Mohammed Salah, he continued to outshine his attacking counterparts.  Salah remains an influential figure in Liverpool’s successes under German manager, Jürgen Klopp, and was directly involved in 34 goals for Liverpool last season.

Not only did Salah finish 2 places above Mbappé, 5 places above Lukaku but the Egyptian finished 9 places above PSG nominee, Neymar, in the journalist voted for Ballon D’Or list.  And, when you analyse the tumultuous performances of Neymar too, it is clear to see why this was the case.

Salah’s omission from the FIFPRO Final World XI is the most significant of note, and, especially, with Neymar’s inclusion, there is no denying that his absence from the wider 23-man shortlist is indefensible.  Even if you believe Salah doesn’t deserve Ronaldo’s place in the Final World XI, his exclusion in addition to those, aforementioned players, cements the claims that this year’s votes have been one based more on popularity than merit. 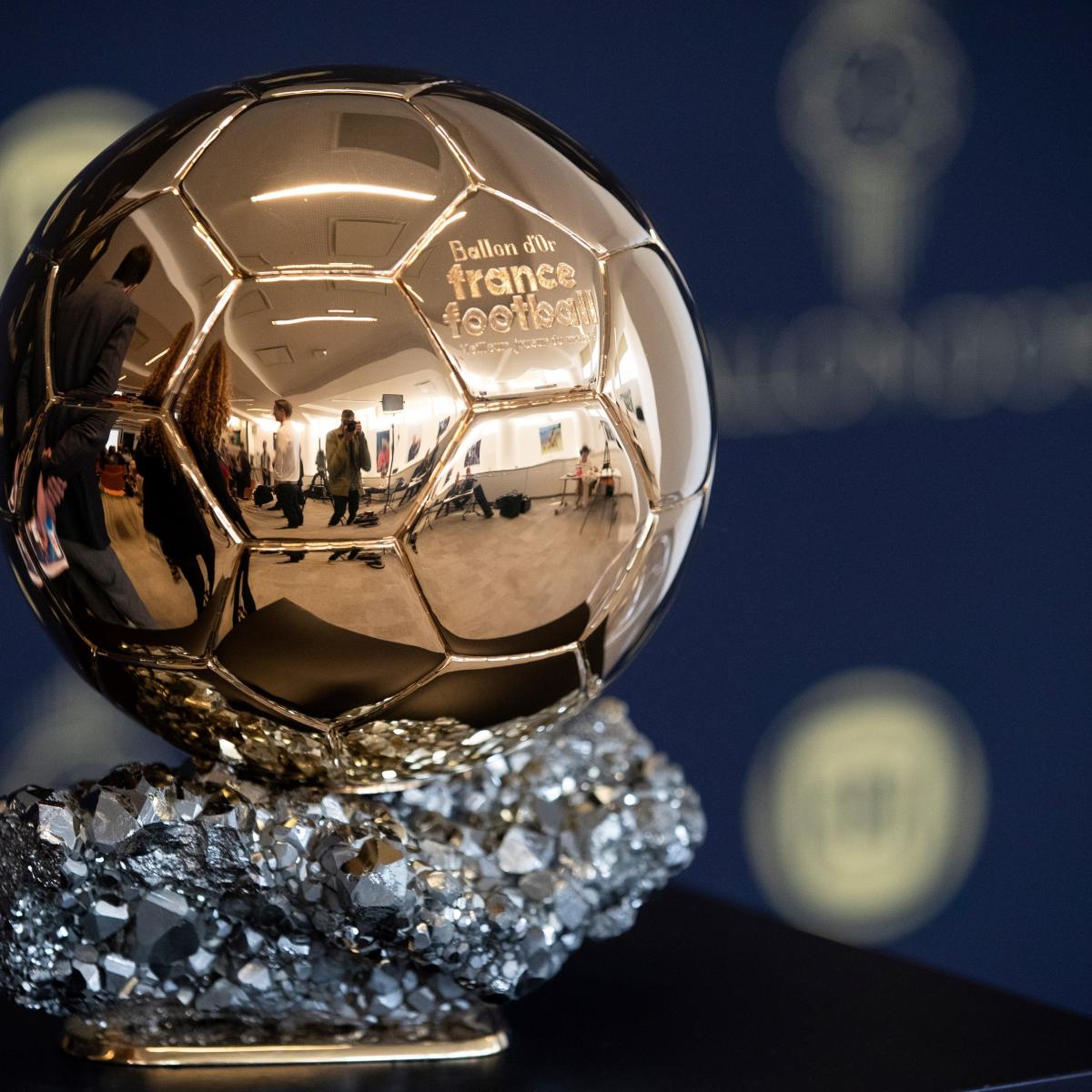