Over many generations, there have been many different styles and tactics of football in which teams have operated. Some of these styles of play include the catenaccio tactic mainly adopted by the successful Inter Milan in the 1960s as well as the gegenpressing tactic adopted in German football. However, there’s one tactic that might have influenced the modern game the most. That tactic is Total football.

What is Total Football?

The Total Football style we know today was assembled by the great Rinus Michels who managed Ajax, Barcelona and the 1974 Netherlands side. Through this style of play, Rinus Michels managed to win four Eredivise, one La Liga, a European Cup as well as runners up in the 1974 World Cup final with The Netherlands.

This style of play was then continued by the key man in Rinus Michels system in Johan Cruyff. The implementation of Total Football in Cruyff’s managerial tenure was seen in the successful Barcelona side, where they went on to European glory in 1992.

ALSO READ:  Is this Liverpool’s year for a historic quadruple?
Embed from Getty Images

Total Football has two key concepts to which it tactically adheres. The first is the Utilisation of space and the second is the fluidity of positions.

The utilisation of space in football is making the pitch bigger when attacking and making it smaller when defending. To do this the Ajax teams of the 1970s pressed very high, almost manically, on the player in possession of the ball rather than intercepting passing lanes. This was often led by the tenacious midfielder Johan Neeskens.

This utilisation of space is enhanced further by a high defensive line. The high defensive line further restricts the space in which the opposition can play within their own half. As long as the players are pushed up high, the fluidity of the team does not compromise the shape.

A team’s system fluidity refers to the extent to which players from differing positions can interchange with one another during a match.

In terms of how Ajax set up, they would usually play a 4-3-3 formation in defence and a 3-4-3 formation in attack. In the attack, one of the defenders would play as a ‘libero’ where they would join the midfield when in transition. This allowed Ajax to start their build-up play from the back. As well as this, it ensured that there were spare markers for the opposition forwards.

In turn, the use of a libero means that Ajax could match a four in midfield, which would come into play when playing in European competitions.

Whilst other teams around Europe had engaged in horizontal positional changes, such as wingers dropping inside. The Ajax and Dutch national sides were the first to engage in wholesale positional switches up and down each flank. In the 4-3-3 formation, it allowed players on either flank to push up or drop off to interchange positions. This in turn created baffling patterns for the opposition to try and defend against.

The technical aspects of Total Football are still widely influential in modern football today. As mentioned before, the jewel in all of Rinus Michels’ successful teams, Johan Cruyff, was one of the first managers to implement the same style of play. In doing so, he won the 1992 European Cup final with Barcelona and in turn influenced one of the top managers of the modern game Pep Guardiola.

Whilst Pep Guardiola developed his own style of play called tiki-taka football, which developed firstly with his Barcelona team of 2008-12, a lot of the philosophies of the two styles have many similarities.

The fluidity and movement of tiki-taka is a prevalent feature of the way in which Total Football was also played. This is evidenced in Pep’s Manchester City side where players have the freedom to interchange their roles with one another on the pitch in order to create that confusion from the opposition as to which man they should mark. Specifically, Manchester City usually plays with a false nine where it has the freedom to find space between the opposition centre backs or drop into midfield to get possession of the ball.

Another hallmark of both styles of plays is the ability to press high up the pitch and use a high line in defence. Marcelo Bielsa firmly believes in ‘chocking’ the opposition when they have given up possession of the ball as he sees the opposition at their most vulnerable at this point. This influence from first Cruyff and then Bielsa made Guardiola focus on the high press in defence. 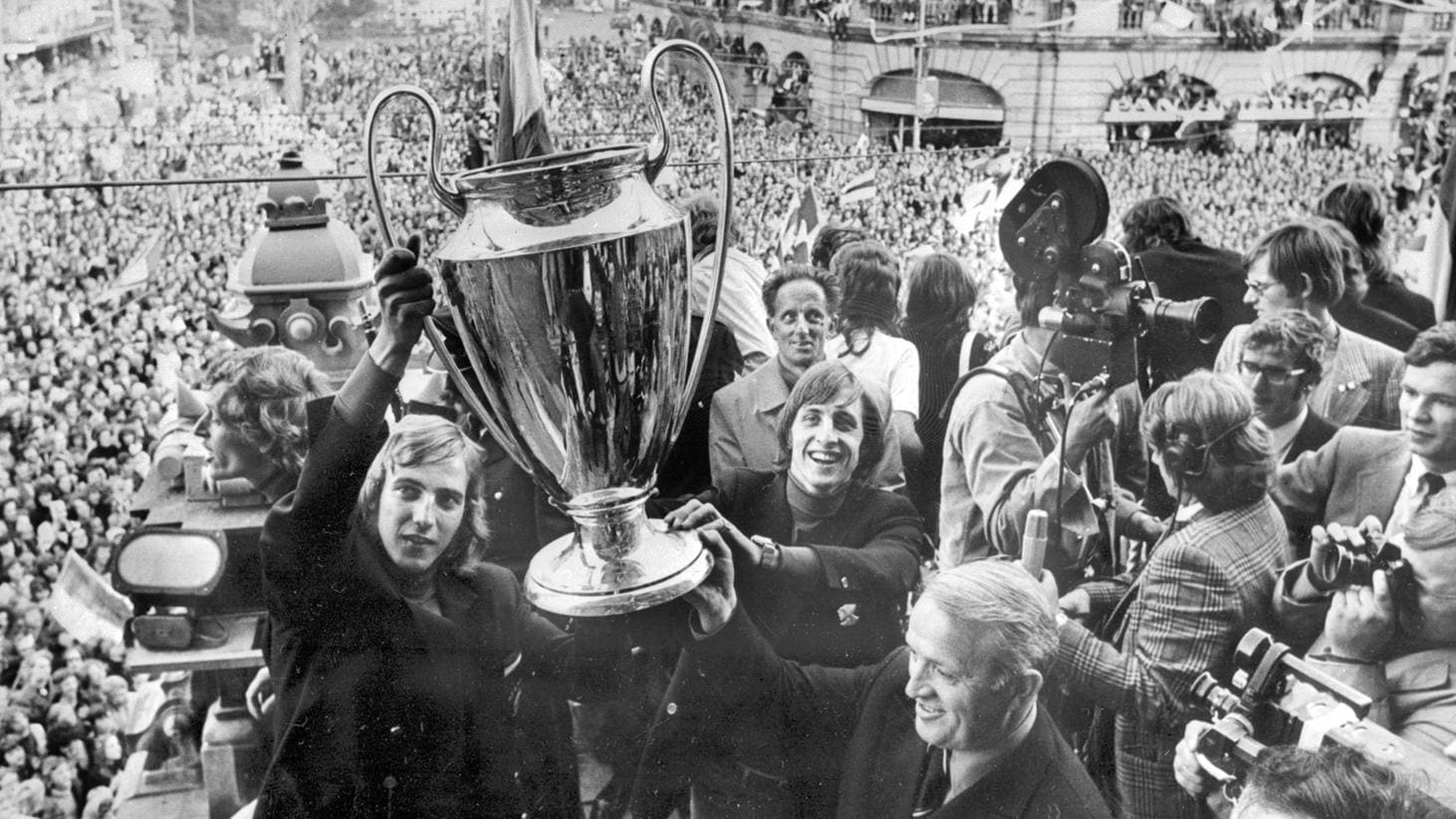