To witness an individual accomplish a lifelong dream is a touching thing, no matter the profession. Jamahal Hill’s raw emotion after realizing he’d finally become a UFC Champion was a beautiful display of the blood, sweat and tears that mixed martial artists endure to compete at the highest levels. Overall, UFC 283 was one of the best pay-per-view events in the organization’s history. There was the crowning of a new champion, the culmination of an intense rivalry and the retirement of two legends. There’s a lot to unpack here; without further ado, let’s get into it!

43-year-old Glover Teixeira is an undeniable MMA legend. Even before he joined The UFC, he was highly regarded in the sport due to his accomplishments in Pride Fighting Championships. Once he finally arrived in the world’s most renowned mixed marts organization, he was seen as being past his prime; very few people thought he could ever become a UFC Champion. In October of 2021, he accomplished that goal in a huge upset victory over Jan Blachowicz. After losing the title to Jiří Procházka in June of 2022, the stage was set for Teixeira to pursue the belt one last time.

Jamahal Hill won a spot on The UFC’s roster at Dana White’s Contender Series back in July of 2019. Prior to that, he’d fought on a variety of regional circuits in the Midwestern United States. Getting noticed by large organizations is difficult when you’re fights aren’t getting much media attention, but Hill clawed his way into an opportunity and then made the best of it when it arrived. It is with this backdrop that the main event of UFC 283 took place: a 43-year-old legend of the sport against a 31-year-old who was an unknown fighter just a few years ago.

At the opening bell, Teixeira immediately executed a level change and went for a takedown against Hill. Hill displayed great takedown defense and avoided the maneuver altogether. Throughout the remainder of the round, Hill landed well timed body kicks to Teixeira’s midsection. In round two, Hill was again impressive with his kicking acumen. Not only did he continue to land on his opponent’s midsection but he also landed some impressive high kicks to the head as well. Teixeira’s best moment of the round came at the midway point when he executed a successful takedown but Hill was able to fight back to his feet.

In round three it became evident that this was Hill’s night. His ability to deliver accurate kicks was surprising; he’s always been known as a great striker but the skill with his legs was a revelation. When he finally unleashed his hands, he sent Teixeira to the mat with a loud “thud.” He then pounced on his opponent and delivered a vicious ground-and-pound attack. If Teixeira weren’t a legend who has earned some leeway from the officials, the fight would have been stopped. His reputation as a warrior is the only reason the referee did not call off the fight at this point.

In round four, Hill continued his assault of Teixeira, whose blood began to leak all over the octagon. There were deep cuts over both of his eyes. In round five Teixeira scored another takedown but Hill was able to get back to his feet. Afterwards, Hill cruised for the remainder of the round, knowing he’d done enough to win the fight. The judges granted Jamahal Hill a unanimous decision victory. There is now a new Champion in the Light Heavyweight division! The weight class is loaded with talented fighters; things are going to be very interesting in this division for the foreseeable future.

Deiveson Figueiredo entered his bout against Brandon Moreno as The UFC’s Flyweight Champion. Moreno entered the bout as the Interim Champion of the division. After three epic previous battles, this was the fight to settle the score between these two men and to clear up any confusion as to who is the real champion of the division.

Moreno opened the fight by scoring a takedown within the first 15 seconds. However, Figueiredo used the momentum to his advantage and established a chokehold with a very tight grip. Moreno was able to slip out of the hold and both men fought to their feet. Just past the two minute mark of the round, both men landed impressive punches in a great striking exchange. With just under a minute to go, Moreno scored his second takedown of the round.

In round two, Figueiredo was again able to establish a front-facing guillotine chokehold. However, Moreno again displayed poise and was slowly able to work his way out of the maneuver. In the next round, a big punch by Moreno just before the 3:30 mark did immediate damage to his opponent’s eye. Figueiredo immediately protested to the referee, thinking he’d been poked in the eye, but the replay showed the damage was done by a clean punch. Moreno then scored a takedown and dominated the remainder of the round with ground control time.

After the third round, Figueiredo was examined by the ring doctor, who determined he could not continue. His eye was completely swollen shut and he could not see out of it. Brandon Moreno was declared the winner by TKO and crowned the new champion of the division. In the post-fight interview, Figueiredo congratulated Moreno and stated that his time as a flyweight was up; he is moving up to the bantamweight division. At 35-years-old, Figueiredo still has a lot to offer the sport. The bantamweight division just got a lot more interesting.

Gilbert Burns made quick work of Neil Magny in their welterweight battle. Burns scored an impressive takedown just past the 3:30 mark of round one. He then dominated the majority of the round with ground control time. Finally, he established an arm triangle and forced Magny to tap out. Neil Magny is one of the most respected competitors in the welterweight division; Gilbert Burns’ dominant win over him was a statement to the entire weight class. Burns is a man on a mission who very badly wants a shot at the welterweight title!

Lauren Murphy and Jéssica Andrade are two of the most respected athletes in women’s mixed martial arts. However, Andrade was dominant in their flyweight showdown on Saturday night. Her superior speed, power and cardio vascular conditioning made it almost impossible for Murphy to defend herself. Other than a takedown scored by Murphy at the 2 minute mark of round one, she had very few highlights.

Ultimately this fight should have been stopped after the second round. Lauren Murphy is a respected veteran of the sport; if she didn’t have her well-known reputation for toughness this fight would not have been allowed to continue. Murphy was able to go the distance and Andrade was awarded a unanimous decision victory, but the win was overshadowed by the lack of a stoppage. Andrade should be applauded for her performance, but Murphy’s corner should be chastised for not protecting their fighter. Yes, competition is about winning, but there is a certain level of punishment that is unnecessary. It was clear after round two that Murphy did not have it on this particular night; they should have thrown in the towel.

Light Heavyweight veteran Paul Craig came into Saturday’s bout in the best shape of his life. However, his opponent, Johnny Walker, also entered the octagon in incredible condition. The first two minutes of their bout were uneventful. Neither man wanted to take a chance on providing the other an opening to land a big shot. Eventually, Walker threw a kick that allowed Craig to catch his leg in the air. With his leg in his opponent’s grasp, Walker threw an overhand right that landed on Craig’s jaw. He followed up with a backfist that knocked Craig to the canvas and then a slew of hammer fists that rendered him defenseless. The referee wisely stopped the fight. It was an impressive first round knockout for Johnny Walker!

41-year-old Brazilian Light Heavyweight legend Shogun Rua lost on the undercard at UFC 283. He was defeated in a first round TKO by Ihor Potieria. Afterwards, he announced his retirement from the sport. Shogun was once the Pride Fighting Championships Middleweight Champion. He later became the UFC’s Light Heavyweight Champion at UFC 113 in 2010. His list of accomplishments is too long to list here, but his next stop will certainly be the UFC Hall of Fame.

Glover Teixeira announced his retirement from MMA competition in his post-fight interview. He stated that he has become “too tough for his own good.” The 43-year-old has dedicated his life to the sport and those of us who have enjoyed his career owe him a debt of gratitude. He will continue to help train younger fighters; he has established successful gyms in his adopted home of Connecticut in The United States. Losing the title fight to a young up-and-comer was a great way to pass the torch and a fitting way for a warrior to go out on his shield.

The Light Heavyweight division will be very interesting now that there is a new champion. Jamahal Hill will not have much time to celebrate before a slew of capable contenders challenge him for the belt. Islam Makhachev feels that he was robbed of the Light Heavyweight title at UFC 282 when his fight was declared a draw. Most pundits believe that he should have been awarded a victory against Jan Blachowicz that night. Then there is the matter of Blachowicz himself who still has a lot to offer even though he is 39-years-old. He has stated that he wants to become the champion one more time before retiring. Ultimately, the biggest challenge to Hill’s reign may come from Jiří Procházka, who relinquished the belt due to a shoulder injury prior to UFC 282. He hasn’t lost a fight since 2015 and many consider him to be the best Light Heavyweight in the world. All of this confusion can only be clarified by getting these warriors in the octagon and letting them duke it out!

The UFC returns on February 5th with another edition of Fight Night from The Apex Center in Las Vegas. The main event of the evening will feature heavyweight knockout artist Derrick Lewis against the octagon savvy Sergey Spivak. You won’t want to miss it! As always, we’ll have all the latest updates about the outcomes of the fights, as well as in depth analysis available right here at World in Sport! 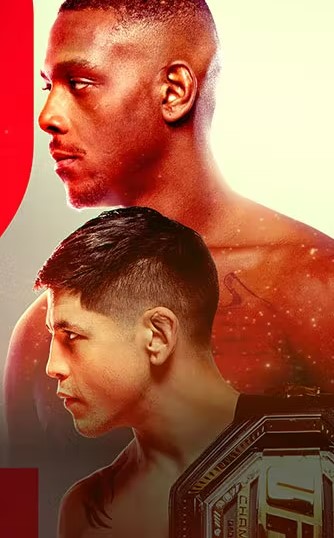