After announcing the sack of Mauricio Pochettino on Tuesday evening, Tottenham Hotspur announced the appointment of Jose Mourinho as their new manager shortly after dawn on Wednesday.

Apparently, a very capable replacement in the build of Mourinho had been gotten under 12 hours. Whether this was planned or not only future information will tell.

The appointment of Mourinho had seemed very unlikely at the time because he had himself declared publicly in his last stint at Chelsea that he would never manage Tottenham Hotspur.

Besides, it was expected that Tottenham Hotspur would look to continue to build for the future as they had with Pochettino, as Mourinho has never spent more than 3 years at the helm at any one club, and it is almost guaranteed that same would be the case here.

Even when rumors were unfolding of his possible appointment, I dismissed them as untrue because the structure at Tottenham Hotspur and the persona and world-renowned thriftiness of her Chairman, Daniel Levy didn’t seem to go with what Mourinho had previously stated as his “requirements” to manage at any club again.

However, with his appointment now confirmed and his first press conference done, one can’t deny the many goodies that stand to be gained from Mourinho getting back into the English Premier League.

The press and social media arguably have the most to gain. After the announcement, his appointment was one of the highest trending topics on Twitter throughout the day.

Moreover, Mourinho’s controversial nature and his deftness at answering questions and creating drama means that journalists would never be in want of stories to talk about.

They would most definitely not be bereft of talking points with him in the picture.

Tottenham Hotspur as a club would herself benefit immensely from his appointment. From benefiting from his tactical nous on the pitch and title-winning credentials (a status they’ve never attained and for which he is most popular), to increasing fan base and fellowship both from his fans and his haters which would incredibly boost their social status as a club, to attracting top players who would want to work and win with a manager as big as him, to “exciting” their fans for the next 3 years at least, at local derbies against Chelsea and Arsenal and high profile matches against Manchester United, Liverpool and Manchester City.

Tottenham Hotspur definitely have acquired a top top manager of an even higher pedigree than Pochettino.

For Mourinho, he is back in the job he loves, in the league he loves and in the city he loves. He is in a club he is willing and happy to work in and with a team and group of players and promising talents he is excited to work with.

He also has the opportunity to torment the league’s best sides once again and give them a run for their money.

To sweeten his cup of tea, there is the added incentive when he plays former teams Chelsea and Manchester United to prove a point by getting all 3 points. I suppose it really was an opportunity he couldn’t turn down.

Finally, Pochettino has been rescued from a team he was having strained relationships with and that was falling apart under him, and a Chairman he was reportedly having a fallout with.

He has also left with his head still held high, coupled with the goodwill and wishes of the fans who he left on good terms.

From his time at Tottenham Hotspur, he has made a name for himself as one of the world’s top managers.

This rise in repute could earn him a job at a bigger club, with Bayern Munich reportedly considering making him their new manager.

The English Premier League as a whole which has definitely missed his ingenuity, not just tactically on the pitch but also verbally with the press would in no small way benefit from having this 3-time Premier league-winning manager back in the fold.
This is one appointment which promises the best for all worlds. 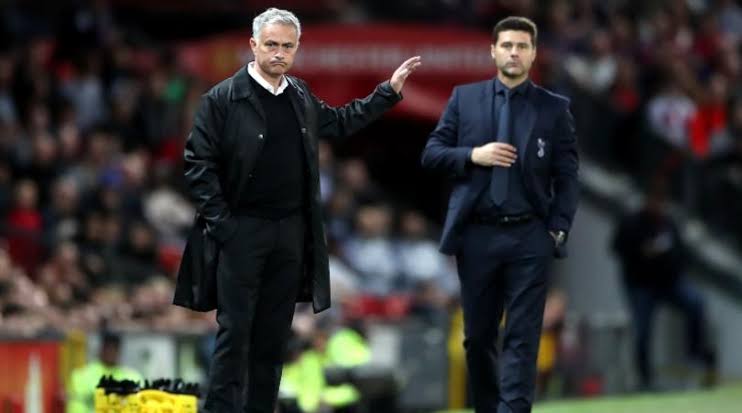