Kevin Harvick won his third straight race Sunday after taking first place in Phoenix. It was Harvick’s ninth career win their, more than any other driver in Cup History. Kyle Busch had the quickest car for a good portion of the race, leading a race-high 128 laps, before a slow final pit stop gave Harvick the opening he needed to overtake him, grab the lead and build a sizeable gap Busch couldn’t overcome with only 53 laps remaining.

Busch didn’t seriously challenge Harvick after that, finishing 0.774 seconds back.Harvick overtook Elliott on Lap 274. Stretching the green-flag cycle, Newman tried to stretch out his fuel as-long as he could, but eventually head for pit road and give up the lead to Harvick with 22 laps to go.

Elliott was third, followed by Hamlin and pole-sitter Martin Truex Jr. rounding out the top 5. ”I’ve been mad as all get out because this team does a great job,” Harvick said earning his 40th-career win. “This organization does a great job and we’ve got fast race cars. And to take that away from those guys just really pissed me off last week.”

Harvick was penalized the seven playoff points he received for winning the Las Vegas race and its first two stages. He lost 20 regular points ontop of that penalty,the Team  lost 20 owners’ points.Nascar was not impressed with Harvick’s car during post race inspection,among the problems they had with the car,was that the side skirts were not aluminum.

The race’s first two stages were won by Kyle and Kurt Busch. The first stage of the race was dominated by Kyle Larson, who led 54 laps. But Larson later spun after complaining about a problem with his rear tires.Larson finished 17th in the stage.

“Coming into the green-flag stops, we had a couple of guys pit before us said Kyle Busch. I don’t think that hurt us too bad but the jack dropping certainly did. We lost the race on pit road today, but there’s been races where I’ve won it on pit road too. We’ll just have to go into next week and see what we can do there,” he said his rear tires, and eventually finished 18th.

Jimmie Johnson finished 14th to extend his winless streak to 27 races, the longest drought of his career.

Next Sunday we  head  out to Fontana, California for the Auto Club Speedway 500. 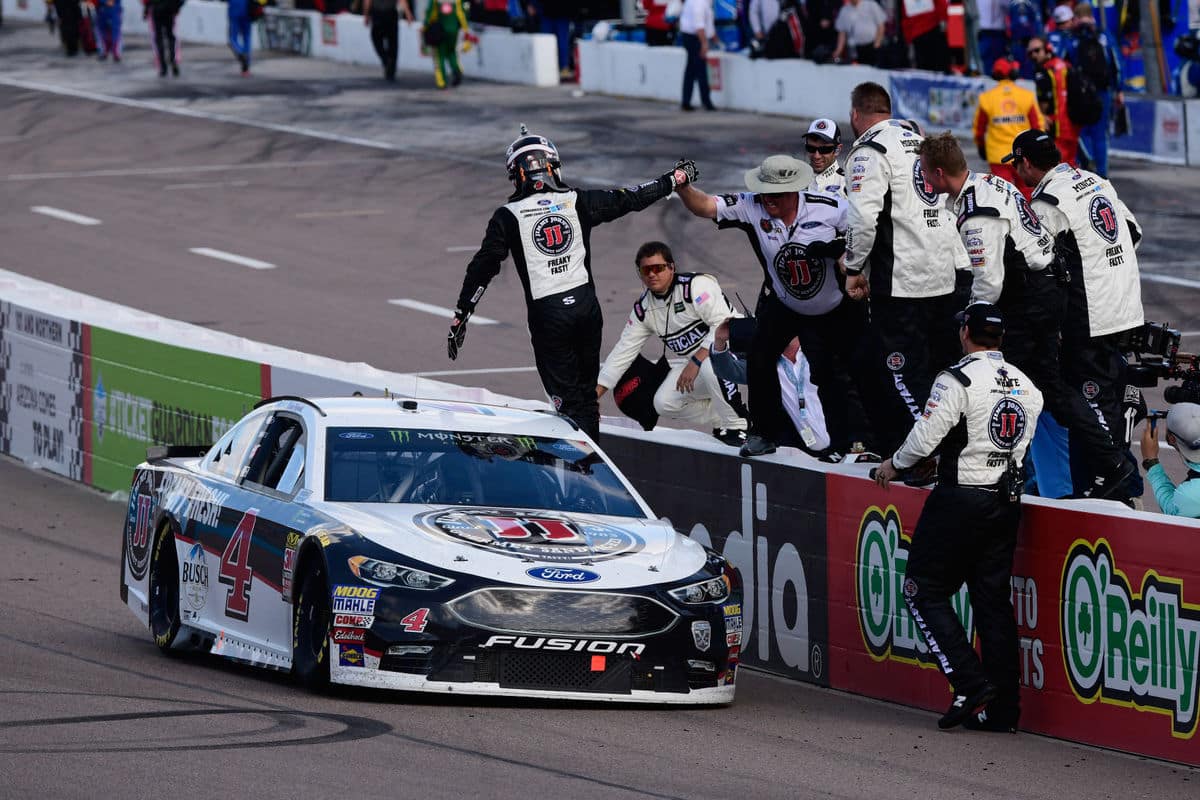