Kevin Harvick raced to his second straight Cup win with a dominant performance at the Las Vegas Motor Speedway on Sunday.

Harvick led 214 of the 267 laps, won all three stages and was 2.9 seconds in front of second-place Kyle Busch at the finish. Over the course of the past two races, Kevin Harvick has leapfrogged to first overall in the standings, and has built up his bonus point total to 13.

“These last two weeks, we’ve just hit on everything we needed to,” Harvick said. “My (team has) done their homework on a number of things. Just really proud of everybody.”

Busch got close to his second career victory in his hometown of Lans Vegas, but couldn’t solve Harvick and his near flawless showing. Kyle Larson came home third with Martin Truex Jr. and Ryan Blaney rounding out the top 5, Blaney started from the pole and had a very strong showing.

Keselowski was the first front runner to make his final stop, initially undercutting his rivals to take second. But his strategy backfired when the race stayed under green flag until the finish, leaving him to settle for sixth as those who had pitted later benefited from their fresher rubber. Kurt Busch’s career-long victory drought in his hometown continues.

Busch lost coontrol and ran Chase Elliott into the wall shortly after a restart early in the final stage of the NASCAR race in Las Vegas. Busch and Elliott were both done for the day after a crash that brought out a lengthy caution for fluid spill.

“I was running the low groove and it just stepped out on me. I wasn’t even trying to fill the whole or go 100 percent,” Busch told Fox Sports after the wreck.

“I had it at 90 percent and I knew Chase was going to be on my outside and it was just that quick. We were back there in the dirty air, but turn four, I always know it is slick and I wasn’t even pushing through there and it stepped out on me. Ruined his day, ruined my day.

“I hate it for all the Chase Elliott fans and the Kurt Busch fans and my hometown fans. I wasn’t even pushing hard. I knew we had one more stop and then we were going to go. It just stepped out on me. It is ridiculous.”

Ford on a whole made a big statement,6 out of the top 10 drivers were using Roush Ford engines.

“I don’t think we could have made much ground by changing anything much,” Busch said. “It was just pure speed (by Harvick). Whether it’s under the hood or whether it’s aerodynamics or whatever it is, they’ve obviously got it going on right now.”

The car chiefs for Jimmie Johnson and Ross Chastain were ejected after their cars failed inspection three times during the pre-race checks. Johnson had to start at the back after his chief, Jesse Saunders, got sent packing.

Next Sunday we head to Phoenix,where Harvick has won six of the past 11 races,it remains to  be seen if  he will bring another dominant performance. 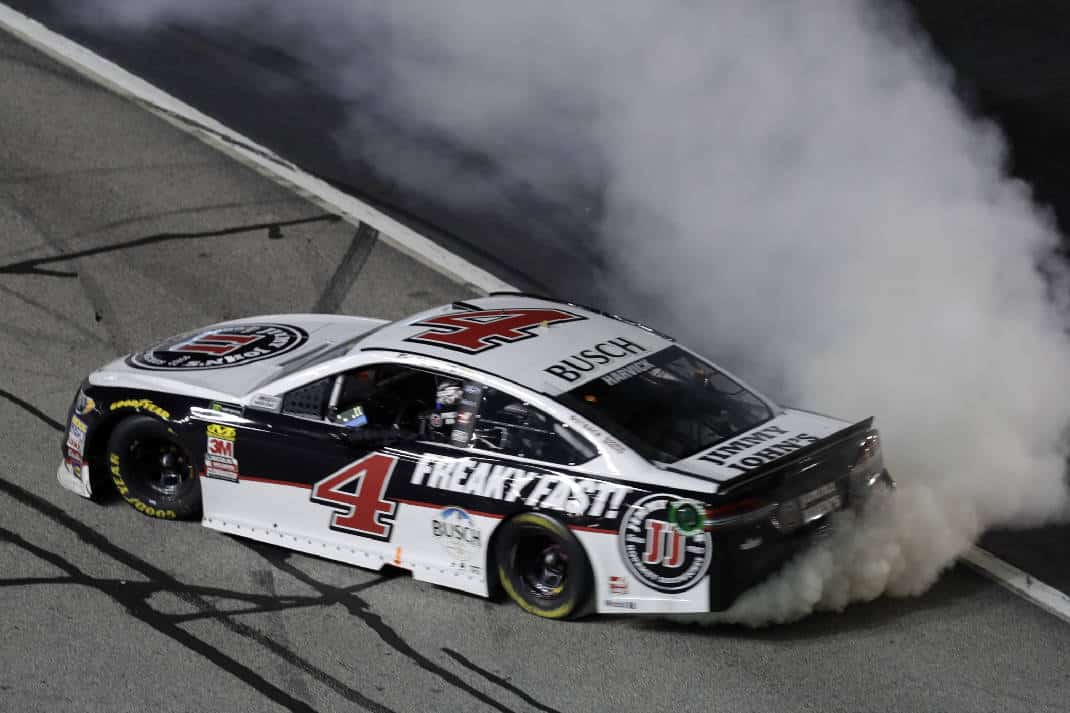