Kevin Harvick swept the first two stages,tracking down teammate Clint Bowyer in the final stage for the lead after a 41-minute delay.

Once it started up again, Harvick cruised into victory lane in the Haas Ford. This is the fourth victory of the season for Harvick, and breaks the tie with Kyle Busch for three race wins on the year. Kyle Busch failed to finish a race for the first time this season because of a broken drive shaft. He has failed to complete a race at Dover in the spring four of his last five attempts.

The Ford Fusions have continued to show their dominance, they hold three of the top six places and four of the top 11,having spread the wealth,Penske and Haas have drivers virtually locked into the playoffs already.

The biggest thing is we haven’t went back and talked about the races that we’ve won,” said Rodney Childers, Harvick’s crew chief. “To keep this going, we’re going to have to get a lot better every single week and to keep it where it needs to be when the championship comes around.

Bowyer finished second to Harvick. It’s the second time those two drivers have finished 1-2 in a race over the past two seasons. Daniel Suarez, Martin Truex Jr. and Kurt Busch rounded out the top five.Daniel Suarez had his best Cup career finish at Dover when he crossed the finish line third

“You knew he was going to be the one that you were going to have to beat for the win,” Bowyer said.

Pole sitter Kyle Larson was sent to the back of the field due to failed pre-race inspection three times, Larson has won five poles already in his young career,he finished the race a solid tenth spot. Busch remains the Series leader with 466 points. Joey Logano, who finished 13th at Dover, remains in second place ahead of Harvick and Bowyer.

This coming Sunday we head out to Bowyers home track, Kansas Speedway. 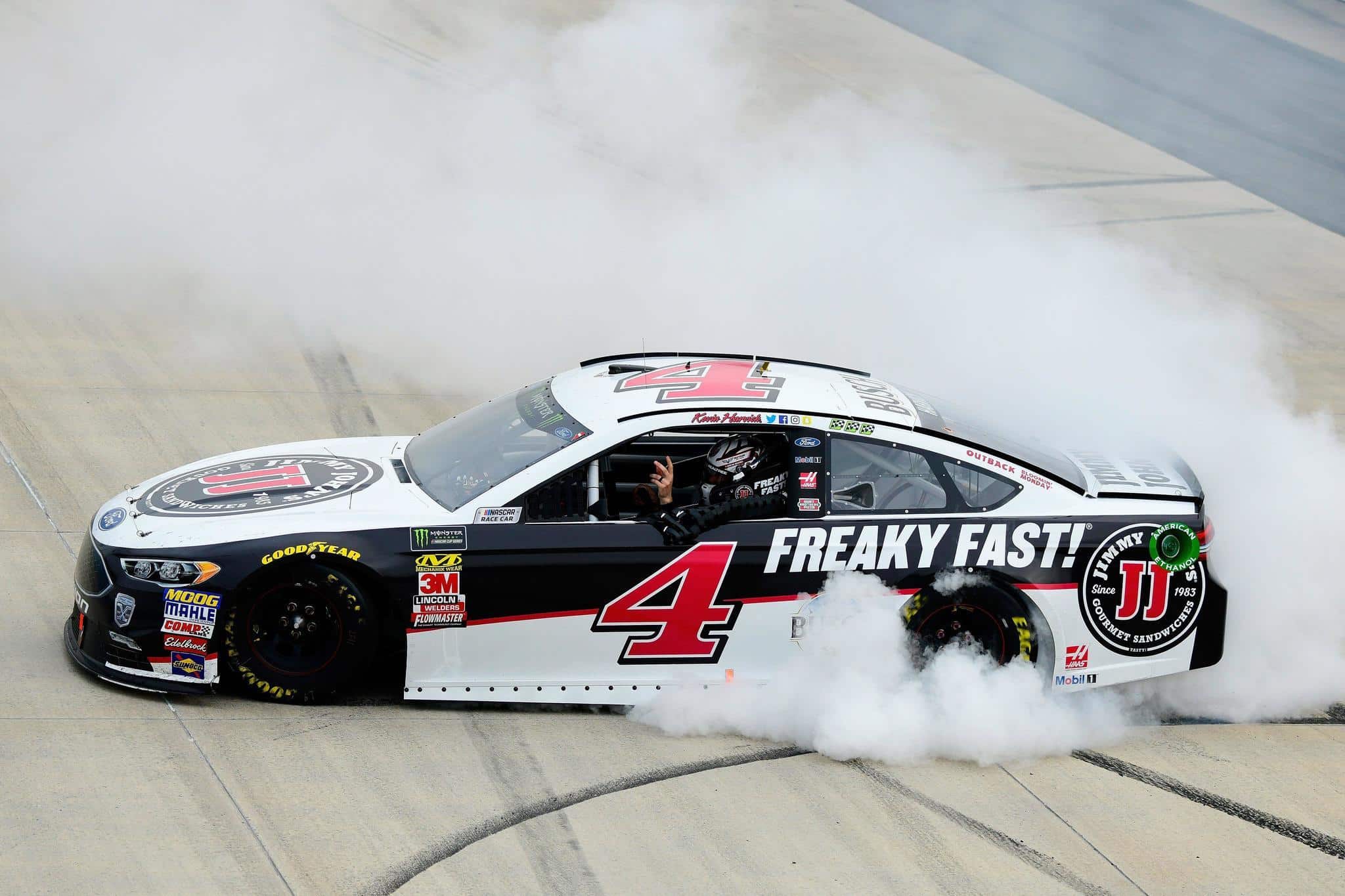