Atalanta and Paris Saint Germain play each other in a UEFA Champions League quarter-final encounter at Estadio da Luz on Wednesday with the prize for the winner being a place in the last four of the competition.

Atalanta beat Valencia 8-4 over two legs in their round 16 match while PSG defeated Borussia Dortmund 3-2 on aggregate in the round of 16.

Both teams head into this quarterfinal match with confidence and an epic match with free flowing attacking football is expected in Lisbon on Wednesday.

Wednesday nights game will be the first ever match played between Atalanta and Paris Saint Germain.

Atalanta: Atalanta finished third in the Serie A while PSG are the current champions of France after winning the 2019-2020 Ligue 1 title.

For Atalanta: Josip Ilicic will be looking to continue his scoring form for Atalanta and add to his five Champions League goals in order to help his team progress past PSG and make history in achieving a first ever Champions League semi-final appearance.

For Paris Saint Germain: PSG have plenty of world class players in their team however we believe Kylian Mbappe if he is fit to play and Mauro Icardi with ten goals between them will look to combine on attack and control the midfield for PSG, both players are full of pace and skill and Atalanta will have to be aware of the dangermen for Paris Saint Germain.

The winner of this quarterfinal clash will play the winner of Atletico Madrid vs RB Leipzig in the semi-finals. 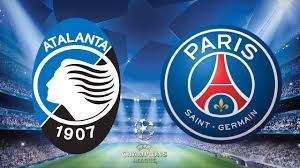