Kyle Busch went to the inside of Brad Keselowski,pushing Keselowski aside aggresively to take the lead when the race returned to green for the final 10 laps. He never gave away the lead from their on,collecting his first ever All Star victory,clean air was an asset for Busch their at the end as he looked to be in a pretty comfortable position,closing out the race. This year’s race had 10 drivers battle against each other for 10 final laps for the 1 million dollar purse.

Larson, started from the pole and led a race-high 40 laps, he topped it off a with a nice slide job on Jimmie Johnson coming out of the final corner for second-place. He was hampered by a slow final pit stop which prevented him from restarting as the leader.Johnson finished third followed by KurtBusch, Jamie McMurray, Kevin Harvick, Chase Elliott, Joey Logano and Keselowski.

“That was pretty much the difference there,” Larson said. “In 10 laps, track position is huge. We just didn’t have it at the end. We had the best car out there. I thought we had it most of the race, but that’s how racing goes.”

A new idea that Nascar added for the event was choosing between regular tires and a new choice,which was a softer tire that made the cars temporarily quicker.Teams were able to use the option tires in one of the first three 20-lap segments or the closing 10-lap shootout.

Next race in the Monster Energy Series will be in Dover at the infamous Monster Mile. 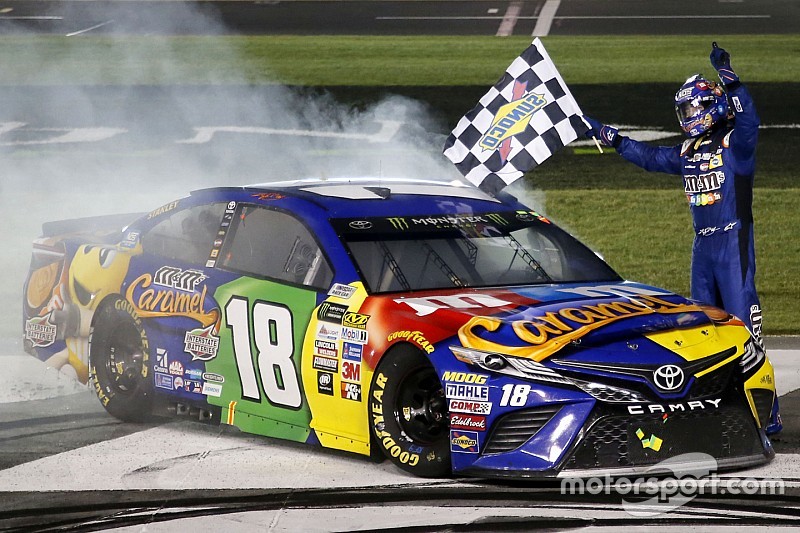