Leicester came into Friday Night Football needing a win to all but secure Top 4 for next season after a disappointing draw at Saint Mary’s last Friday. Newcastle’s survival form on the other hand has left them 9 points ahead of the relegation zone; one more positive result for them would almost mathematically keep them in the Premier League.

Leicester boss Brendan Rodgers interestingly stayed stubborn to his 3 Centre-back partnership of (Wesley) Fofana, (Jonny) Evans and (Çağlar) Söyüncü. This was a surprise after the lacklustre first half last week, caused by the lack of attacking options in Rodger’s side.

This was until an injury in the warmup for Jonny Evans who was replaced by Marc Albrighton, however, the shape remained the same, with Albrighton moving to LWB.

The Foxes were sluggish out of the gate conceding a number of chances to Newcastle, including a freekick from just outside of the box, and a dangerous deep delivery by Jonjo Shelvey which skipped past the post after a glancing header from Federico Fernandez. Steve Bruce seemed encouraged with his team’s start.

On 15 minutes Calum Wilson thrust past the Leicester defence, latching onto a long ball. He squared to a trailing Allan-Saint Maximin, 10 yards out, only to be met by Kasper Schmeichel who stretched wide to superbly deny Newcastle the lead. Maximin should have put the Magpies 0-1 up.

This doesn’t matter however as Söyüncü tries to be clever using some unnecessary skill whilst in possession and is dispossessed by Joe Willock, who drives forward and scuffs his shot into the bottom right corner. Once again Leicester stumbles in the first half and find themselves a goal down at home. Four goals in four games for Willock.

Leicester after the goal hardly had a reaction their fans would have desired, continuously being outplayed, out-hustled by Newcastle.

In 32 minutes, a risky challenge inside the box by Castange was checked by VAR; no penalty awarded. Shortly after Matt Richie delivers a dangerous ball into the box, which Paul Dummett thunders home with his head, beating Schmeichel. The home side seriously in trouble hereafter Dummett’s first goal in 5 years.

The game lulled into half time with the hosts needing a mammoth second half to live up to their pre-match label as favourites.

The first 10 minutes of the second half included a possession dominant Leicester, who began to knock the ball around with some fluidity. Despite this their final third play lacked intent, and there was still no sign of Newcastle’s rigid 5-4-1 defensive low block breaking down.

Rodgers blinked first in an attempt to nullify their 0-2 deficit, bringing on Ayoze Perez against his former side for Central Defensive Midfielder, Wilfred Ndidi.

Minutes later Callum Wilson puts the game almost beyond reach rounding Schmeichel and slotting the ball home after a long ball from Richie. Leicester committed too many men forward and Bruce’s men smelt blood and converted the ruthless counterattack.

Leicester continued to create a selection of half chances, none with any real conviction or trouble for the Newcastle defence; Jamie Vardy with a flicked header onto Iheanacho which ultimately came to nothing. The forward play continued to be extremely poor and uninventive from Leicester.

In the 74th minute, it then went from bad to worse for the home side with Newcastle just carving the Leicester defence to shreds. The build-up play was topped with a left-footed through ball from Miguel Almiron and scored from a tight angle by Wilson at the second time of asking after hitting the inside of the left post on his first attempt. Leicester from top to bottom looked lifeless…

Until a thunderous strike from Marc Albrighton! The fifth goal of the evening, to the host’s relief, belonged to Albrighton as a cross from the left-wing finds Albrighton who rifles it in to the top right-hand corner. No celebration by the veteran despite a fantastic finish.

Leicester looked invigorated after the goal, clearly, a confidence booster just seeing the ball go in the net. Yet, it still felt too late for the comeback.

7 minutes later however Kelechi Iheanacho drives and finishes with a low kept shot past Dubravka, halving the deficit. Is there time for a major comeback? The players started to believe.

A chance to really make Newcastle seriously worry goes begging as Perez fires at goal from close range after a Justin Thomas flick on, but a great save denies the third goal in 12 minutes. That was the chance for Leicester, and subsequently, the game dies out as the men in blue run out of time.

The talking point will be how Leicester are going to need a win on Tuesday against Manchester United to put those whispers of falling out of the top 4 again to rest, but it should really be the ruthlessness of Newcastle United. A fantastic performance from the North East club who have now stamped a real authority over a place in the Premier League next season. Today’s game, and their recent form a strong contributor towards that.

I mentioned last week about Leicester having to avoid the late-season Rodgers curse, like that of Liverpool 2013/14 season and Leicester last season. What is more concerning than the result today was the performance for the majority of the match, it will worry Rodgers how poor they were again going forward. A result in Manchester on Tuesday is now critical. 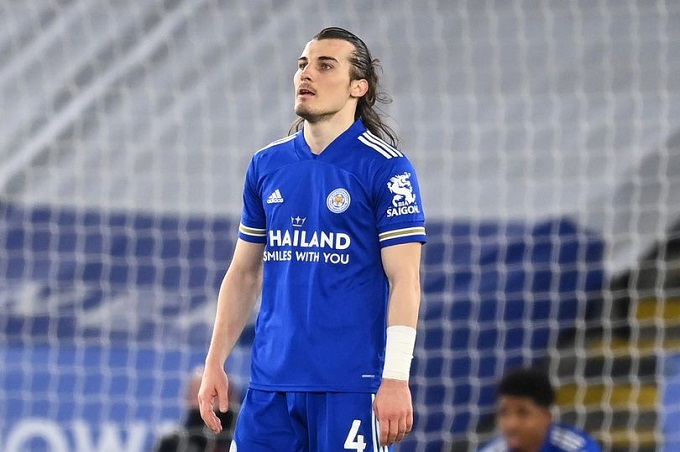