A fixture where both clubs are battling for lost glory, Emirates stadium will once again greet the Premier League with Arsene Wenger in charge. For a considerable period of time last year, when chants of “Arsene Out” hung in the air, Klopp was linked with the position. But that was not to be, as Arsene stood his ground and here we are with both of them in opposite dug outs. Liverpool start this season with their German coach in charge.

After a fast track introduction in English football, Klopp will hope to take the team to the next-level. Arsene on the other hand will hope to go one better. If pre-season form is anything to go by Liverpool start as slight favourites, but like last season, Arsene will hope his team can just avoid defeat. Here is a look at five things to watch out for in this fixture:

Whoever wins this fixture can count themselves as early pace setters. With both the Manchester clubs facing slightly less fancied opponents, the winner here can be level on points and thus get a tricky fixture out of the way. This fixture last season was also an early season fixture, where Liverpool dominated the game but still failed to put the ball in the net, thus leading to a nil-nil draw.

While it may be too early to say anything about being title contenders it will show a intent on part of the winner to take charge of the early running. Last season, Premier League champions, Leicester City won their opening couple of fixtures before drawing against Spurs. A respectable eight points from a possible 12 helped them stay in the race for the title which they went on to win. A win here will only enhance the pressure on the “favourites”.

After an exhilarating eight months, where highs and lows in equal measures, Klopp will hope to find a balance and take the next step of winning trophies. Reaching the finals of two cup competitions did allow Klopp to take his eye off the Premier League, but a return of 62 points and the third highest goal scorers in the league, Klopp can only build from here.

After another upheaval this summer which has become something of a norm for the past few seasons, Liverpool fans will want to see a season of continuity. Klopp has already won the hearts of the supporters, now if he can translate that into footballing success remains to be seen.

Having always been associated with entertaining teams, Klopp will hope to attain glory in the form of trophies through a style which promises to yield goals. In a summer, where Klopp has been able to acquire the personnel he wanted, he will hope that his ideas will bear fruition.

A familiar tale once again, Arsenal always seems to find themselves a player short in the key positions. If it was for a goalkeeping position then Cech was brought in, the same goes for Xhaka who has arrived to fill the troublesome defensive shield. Arsene effectively now has a trio of defensive midfielders with Elneny and Coquelin as well.

This season though the requirement is for a central defender and a striker. The defender position being the most urgent with the spate of long term injuries for Gabriel and Mertsacker.

While a host of names have been linked with the gunners, it is the name of Shkordan Mustafi which must excite the Arsenal fans, for he is a proven winner and also fits into the mould of the clubs policy of a young defender. A deal in place will probably not be done over the weekend and Arsenal will benefit in the long run.

Both clubs come into this game, sure of their defensive midfielders. Arsenal in a long time seems to have a solid presence in midfield in the form of Xhaka and Elneny. Similarly, Liverpool has Henderson and Can to complement each other, with Can dictating play from the deep. Injuries to central defenders will put the onus more on the midfield to effectively shield their defence. A trial by fire seems to be the order for the young Arsenal defence as Klopp will hope that his relentless attacking style will give Liverpool the edge.

All said and done, Arsene Wenger has done a terrific job at the Emirates and that sets to continue over the season. Known for his conservative approach to the transfer market, Arsene has termed this transfer window crazy. Unlike Liverpool who have dipped into the transfer market and moved out players who were deemed surplus to requirements. While Arsenal teams always have the identity of Wenger’s aesthetically pleasing style of football, Klopp’s is more of a relentless pressing style.

Klopp has thus used the finances at his disposal to mould a squad more to his own tune. A league which has already been termed as “World Championship of Managers” by Arsene Wenger, it is to be noted that money and identity are interdependent on each other irrespective of the ludicrous amounts involved. 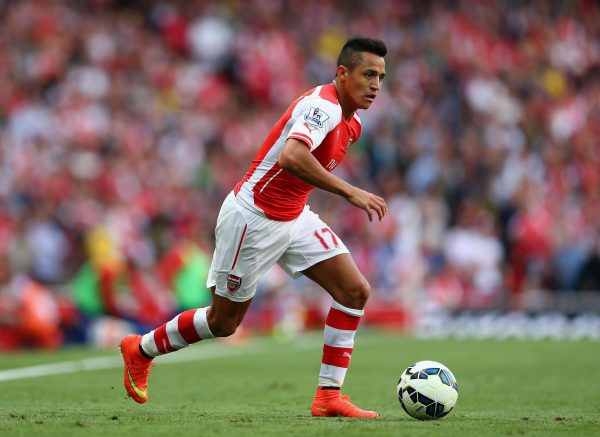