The Board of Control for Cricket in India (BCCI) announced the Indian Squad for two-match T20 International series which India would be playing against the reigning T20 World Champions West Indies at Central Broward Regional Park in Florida.

MS Dhoni would be leading the 14-men squad and it is pretty much similar to the side that was sent to Zimbabwe, earlier this year.

Brilliant performance from the opening batsmen K L Rahul against Zimbabwe has paid off and he has made it to the 14 member’s squad announced for West Indies. Most of the players that are already been a part of the test series against WI has made it to the T20 Side along with MS Dhoni and Jaspreet Bumrah who are not currently the part of the test side. They would be flying to USA for the upcoming series which is going to be played on 27th and 28th of this month.

Yujevendra Chahal has also failed to secure a place in the 14-men squad even after his impressive performance against Zimbabwe but he will be a part of the India A team that would be playing against Australia. Stuart Binny and Amit Mishra have been retained in the 14-men squad.

Suresh Raina and Yuvraj Singh has been surprisingly omitted for this series but instead would be leading India Green and India Red for the upcoming prestigious Duleep Trophy, which will be played for the first time with a pink ball, and under lights. The tournament is starting from 23rd of August, 2016.

India is currently leading 1-0 in the four match test series against West Indies in the Caribbean. The Test series is going to end on August 22 and after a four day rest India would take on the hosts in a two match T20 high action encounter.

West Indies had defeated India in the world cup semifinal in an dramatic fashion held few months ago before going on to become the world champions after defeating England at the Eden Gardens, Kolkatta. India would be looking to settle the score by clinching the T20I series against them.

Central Broward Regional Park at Lauderhill, Florida would be hosting both the T20 internationals.

After the T20I Series, players would immediately join the teams to participate in the Duleep Trophy under the leadership of Yuvraj Singh, Gautam Gambhir and Suresh Raina who would be leading India Red, Blue and Green respectively. 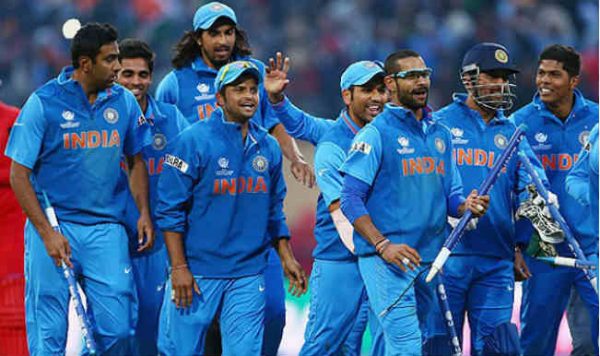