Liverpool win the Final of the Carabao Cup after a late Thomas Tuchel substitution backfires seeing his substituted keeper blaze over the bar after failing to save 11 Liverpool penalties beforehand.

Before the game, both sides showed their support for the crisis in Ukraine, with both sides bringing out yellow and blue reefs which were laid out in front of both squads, with a message on both the big screens brandishing the Ukrainian flag with a message saying, ‘we stand with you.’ Liverpool singing their iconic ‘you’ll never walk alone’ and you got to think they weren’t just singing it for their team it seemed that the thoughts of Ukraine were on the minds of every Liverpool fan around the stadium, as they sang their hearts out.

The opening chance of the game fell to Chelsea in the opening 5 minutes Kai Havertz with a great run, laid it off to Azpilicueta and with a first-time ball, flashed it across goal and with the goal gaping Pulisic was unable to find the net forcing a great save from Kelleher.

Liverpool slowly grew into the game and started to take a foothold, looking the more likely to score as we reached the 30-minute mark Liverpool forced a terrific double save from Mendy the initial shot from Keita could only be parried into the path of Mane, but Mendy reacted to it a tipped it round the post.

Chelsea with another great chance just before halftime once again falling to Pulisic after a lovely worked passing from move found him unmarked in the box but could only direct the ball wide of the goal.

Liverpool thought they opened the scoring through Joel Matip, but the goal was ruled out for offside as Van Dyke was judged to have interfered with play as Mane headed it back across goal, and after a lengthy VAR check by the referee he judged it to be offside and disallowed the goal.

Liverpool thought they nicked the win in the last 10 minutes a short corner by Liverpool and after numerous chances at goal, Chelsea manage to scramble the ball away. Mendy with another fine save to keep the game 0-0 Van Dyke meeting the ball from the corner and it looked destined to hit the back of the net but Mendy on the stretch manages to push the ball away.

Chelsea came out the brighter in the first period of extra time, Werner with an effort on the 93rd minute as he tried to ping it into the far corner but got too much on it and sends it over the bar.

And Chelsea thought they had scored on the 97th minute, Lukaku through on goal and put it in the back of the net but for the second time in this game VAR ruled it out for offside.

Chelsea had another goal disallowed for offside as Havertz found himself free in the box and on the turn slots it home, but the reply showed when the ball was played Havertz was indeed offside. As a Penalty shootout loomed.

We saw a total of 21 penalties scored by both sides, and it came down to the keepers as Chelsea made the risky substitution, taking Mendy off whose saves helped to take it to penalties and replaced him with Kepa Arrizabalaga to play in the shootout but it was his penalty that sealed the victory for Liverpool as he stepped up and blazed it over the bar. 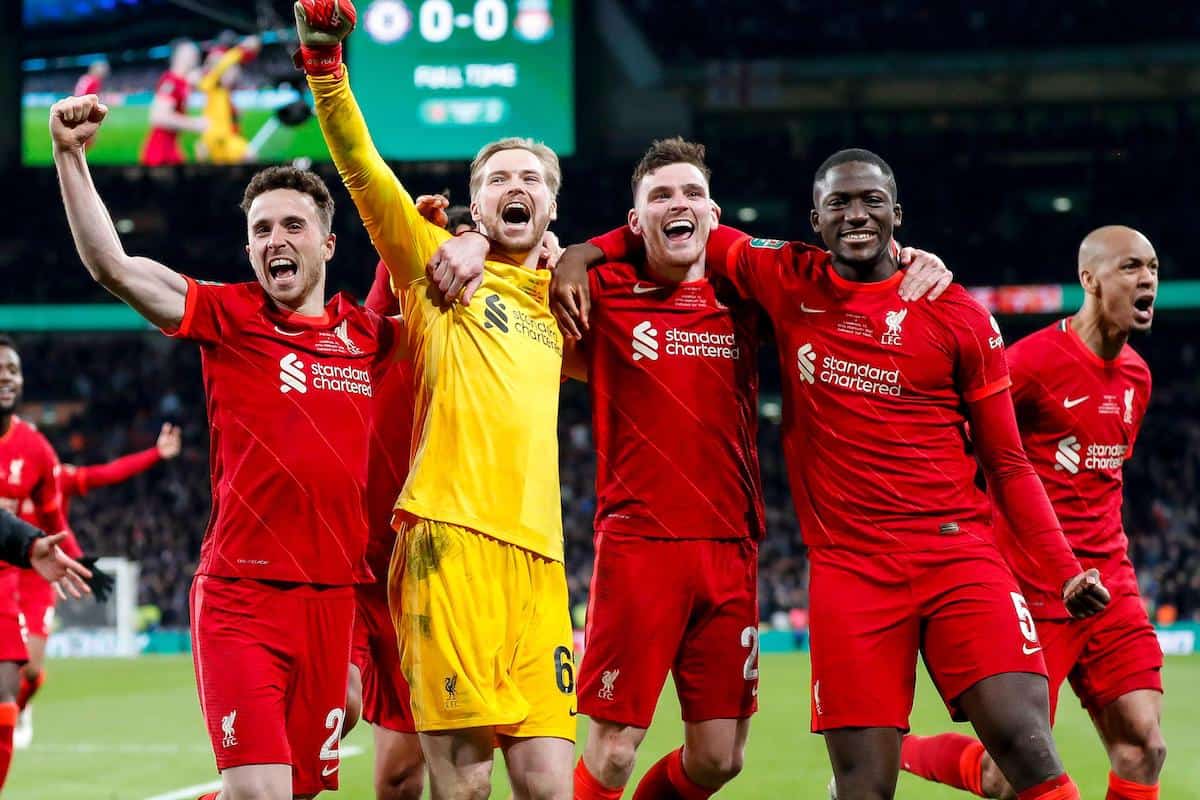