Former Juventus striker Mario Mandžukić has officially retired from professional football at the age of 35. The Croatian retires with 508 appearances and 197 club goals, alongside 89 Croatia Caps and 33 international goals.

“Dear little Mario, while wearing these shoes for the first time, you cannot even imagine what you will feel in the world of football.

“You will score goals on the most important stages, and you will win the biggest trophies with the biggest clubs.

“Proudly represent your country, you will contribute to writing the history of Croatian sport.

“You will be successful because you will have good people around you: teammates, coaches, fans and family members, agents and friends who will always be there for you.

“You will be forever grateful to all of them! Above all, you will be successful because you will always give your all.

“In the end, this is what you will be most proud of. You will sacrifice a lot, but you will know that it was worth it because of all the amazing moments.

“You will recognise when it’s time to retire, to put these shoes in a closet and you will have no regrets. Football will always be part of your life, but you will be looking forward to a new chapter.

“Have fun! Your big Mario. P.S. If you happen to play against England in the World Cup, be ready around the 109th minute.”

The Croatian was never what one may call a prolific striker, netting only 197 times in 508 games, but he still played for some of the biggest clubs in Europe and had plenty of success.

In the summer of 2007, Mandžukić was bought by the Croatian powerhouse Dinamo Zagreb for €1.3 million as a replacement for their Arsenal-bound star striker Eduardo da Silva. Upon his arrival, he managed to secure his spot in starting eleven, playing mostly in the position of the second striker.

Over the next 3 seasons, the striker cemented himself as one of the clubs best players, helping to win 3 Croatian League titles and 2 Croatian Cups whilst netting 53 goals. During his tenure in Zagreb, he was consistently linked with a number of European clubs and had a number of offers turned down by his club.

Eventually, in 2010, Mandžukić signed for VfL Wolfsburg for a fee believed to be around €7 million. Once at the club he was mainly seen as a second-string striker as he played backup to  Edin Džeko. However, once Džeko moved to City in 2011, he became the clubs, primary striker.

In his two years at Wolfsburg, he scored 20 times in 56 appearances, establishing himself as one of Wolfsburg’s best players during his stay and quickly becoming a fan favourite due to his goalscoring ability and attitude.

In June 2012 Mandžukić signed a contract with Bundesliga giants Bayern Munich for a transfer fee of €13 million, pending a medical test, subsequent to his strong performance at UEFA Euro 2012 in Ukraine and Poland, and because of his terrific form for Wolfsburg in the Bundesliga.

Mandžukić was an instant hit in Munich as he scored 9 goals in only his first 11 Bundesliga games for the club. His 48 goals in 88 games would help Bayern win a Champions League, 2 Bundesliga’s, 2 DFB Pokals, a Club World Cup and a UEFA Super Cup.

This impressive resume led to Atletico Madrid splashing out €21 million to bring the Croatian to the Spanish capital. Despite only playing a season in Madrid he made an immediate impact, scoring 20 goals in 43 games and helping Atletico win the Supercopa de España.

His performances were so good at Atletico that, on 22 June 2015, Serie A champions Juventus announced that Mandžukić joined the club from Atlético Madrid on a four-year contract for a fee of €19 million.

His time at Juventus was by far his most prolific and successful. In 5 seasons with the club, he scored 44 goals and 17 assists in 162 games. Although this may not seem a lot, the amount of silverware he won more than made up for the lack of goals. In his time with Juventus he won, 4 League titles, 2 Super Coppa Italia and 3 Coppa Italia.

One moment that is likely to stick with the returning striker was his goal against Real Madrid in the 2017 Champions League Final. He scored the equalising goal in the 27th minute, just seven minutes after Cristiano Ronaldo’s goal gave Real Madrid the lead. Mandžukić chested down a ball from Gonzalo Higuaín and hooked the ball over his shoulder from 15 yards, which arced over Keylor Navas in the net. The goal was heralded as one of the best goals ever scored in a Champions League final and was compared to Zinedine Zidane’s goal in 2002 final for Real Madrid, but Juventus were ultimately defeated 4–1. Mandžukić’s bicycle kick goal against Real Madrid went on to win the 2016–17 UEFA Goal of the Season award.

With the arrival of new Juventus manager Maurizio Sarri in the summer of 2019, Mandžukić was sidelined after being excluded from the manager’s plans. As a result, he was also omitted from Juventus’s Champions League squad, alongside teammate Emre Can. After failing to make a single appearance for the club during the 2019–20 season, he agreed to join Qatari side Al-Duhail on 24 December.

Despite winning the Qatari League, it was evident that Mandžukić did not want to end his career at a side that only a hand full of people had ever heard about. So, after only 7 appearances for the club, Mandžukić terminated his contract with the Qatari side by mutual consent in July 2020.

On 19 January 2021, Mandžukić joined Serie A club Milan on a contract until the end of the season, with the option of a further year. He made his league debut on 23 January in a 3–0 defeat to Atalanta. Due to recurring injuries that impaired his physical condition and a poor form, Mandžukić made just 11 appearances for Milan, mostly as a substitute, with no goals scored. On 24 May 2021, Mandžukić announced his departure from Milan as the club management had not extended his contract.

There had been lots of talks if the striker would go to the US, Asia or the Middle East for one last payday, however, he has decided to hang up his boots at one of the most prestigious football clubs in the world. 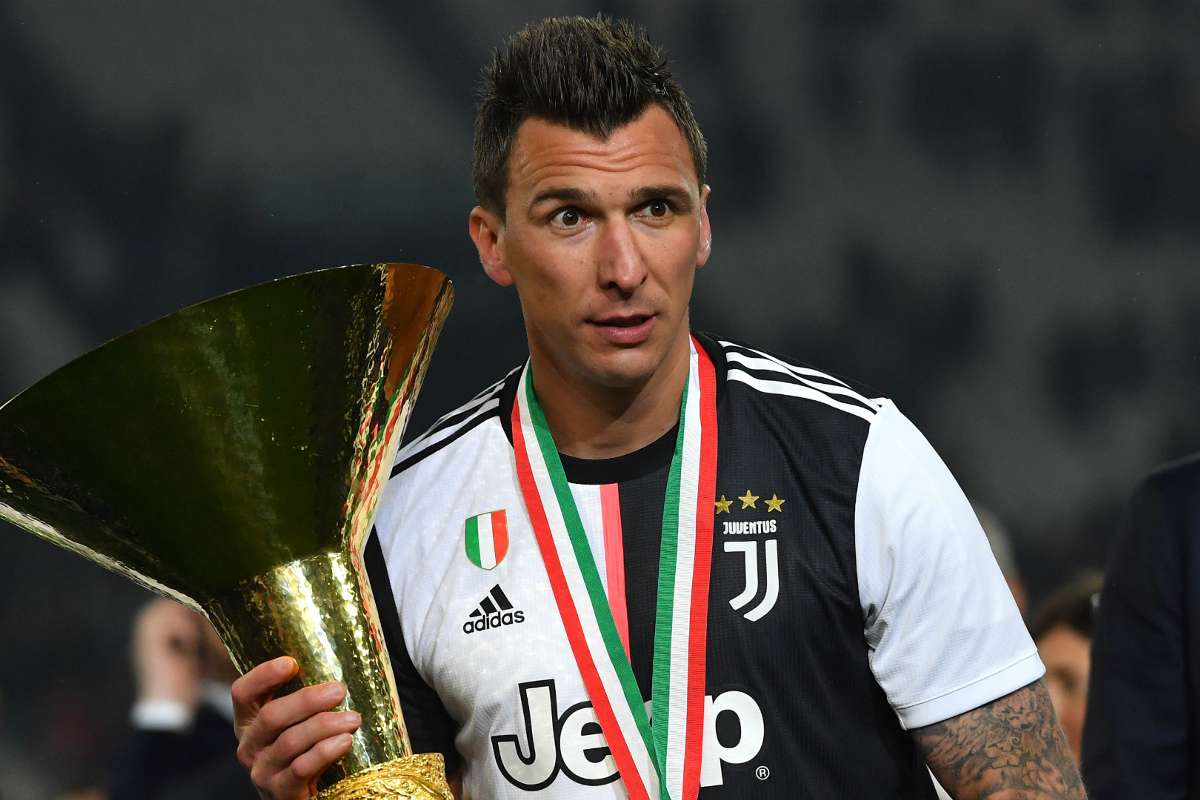