Ollie Pope and England’s lower order enjoyed themselves in the middle as England stage a fightback on Day two of the Oval Test.

With the hosts starting the day on 53-3 in reply to India’s first innings score of 191, Virat Kohli would have been hoping that the big wicket of Root, which came late on day one would have given them a massive boost of bowling England out for somewhere near their first innings total.

The tourists got off to the perfect start by dismissing nightwatchman Craig Overton in the first over of the day. The Somerset All-round attempted who attempted a square cut of Umesh Yadav ended up knicking it straight into the hands of the Indian Captain at first slip.

Ollie Pope who came in the absence of Jos Buttler looked in fine touch and was busy at the crease. Yadav on the other hand sent Dawid Malan back to the pavilion for 31 runs. An off-cutting delivery from around the wicket had the left-hander knicking off to Rohit Sharma at second slip.

With England struggling at 62-5, they were in a spot of bother when Johnny Bairstow joined Pope out in the middle. He survived an LBW appeal early on. The umpire’s decision was not out and he was proved right on review. At the other end, Pope looked in full flow with those lovely drives down the ground.

With Bairstow and Pope at the crease, runs were coming thick and fast for England, it was at this stage where Kohli seemed to be a bit anxious with England bring India’s lead down to single figures. Pope had a minor scare before lunch as his late decision to leave the ball almost cost him his wicket. The ball ricocheted off the back of the bat and just past the leg stump.

England went to lunch at 139-5 with a deficit of 52 runs. The partnership between Bairstow and Pope giving them a chance of going past India’s first innings total of 191.

With England whittling away at India’s first innings total, Kohli knew he needed a breakthrough. When he turned to Mohammed Siraj, the Hydrabad speedster gave him the perfect response by trapping Bairstow plumb in front. Haw-eye revealed that the ball was crashing into the leg stump. The Yorkshire keeper/batsman was sent back to the pavilion with the score 151-6.

Moeen Ali joined Pope at the crease. The classy batsman from Surrey brought up his sixth fifty in 20 Tests with a flick down to the fine leg boundary. Ali started off his innings with a couple of streaky boundaries, one went through the vacant third slip region. India also missed a chance of a possible review for LBW against Ali, the replay showed that Bumrah’s lethal yorker from round the wicket appeared to have hit his boot first and hawk-eye revealed that the ball appeared to be crashing into leg stump. Could this prove to be costly?

The elegant left-hander pushed England past India’s first innings total with an exquisite back foot punch through the extra cover region. The runs were flowing of Ali’s bat and this made Kohli and India start to worry about the lead growing.

Even though the Indian’s had a change of ball, the runs kept on flowing of Pope and Ali’s bat. But thankfully for India, Ali gifted his wicket to Jadeja with a horrendous slog across the line. Rohit Sharma took a simple catch at extra cover.

The game was still in the balance with the host having a slender lead of 31. Chris Woakes looked like a man on a mission when he came out to bat. A crunching cover drive to get off the mark boosted his confidence heading into tea.

With the hosts 227-7 at tea, runs started to flow off Woakes’s bat at the start of the final session. This was beginning to worry and frustrate the Indian’s as they knew that a big first-innings lead for England could be crucial in terms of the outcome of the match.

For some light amusement, today was Mohammed Shami’s birthday. Some of the Indian fans brought a cake for him to cut. As he wasn’t in the playing XI he was inclined to do so.

Pope’s wonderful innings of 81 came to an end when he chopped a short and wide delivery from Thakur onto his stumps. The local boy headed back to the pavilion with England on 250-8.

It was soon 255-9 when Ollie Robinson was bowled attempting a slog of Jadeja who was bowling from over the wicket.

With Anderson at the crease, Woakes shifted to T20 mode and began to smash a tired-looking Indian attack to all parts of the Oval. There was also a tiny little scare for the tourists when Bumrah went down in the middle, luckily for Kohli and India, it was just a cramp.

Woakes soon smashed his way to 50 off just 48 balls, this was becoming a bit irritating for the Indians in the field.

England was finally dismissed for 290 with a very handy lead of 99 runs. Woakes was the last man to go with a run-out by Bumrah.

India’s openers had just an hour to bat at the end of day 2. Both Rohit and Rahul made it to the end of Day Two with tourists 43-0 loss still trailing by 55 runs.

What will happen on Day three? Tune in to Sky Sports Cricket or BBC Test Match Special tomorrow at 10:00 am to find out. 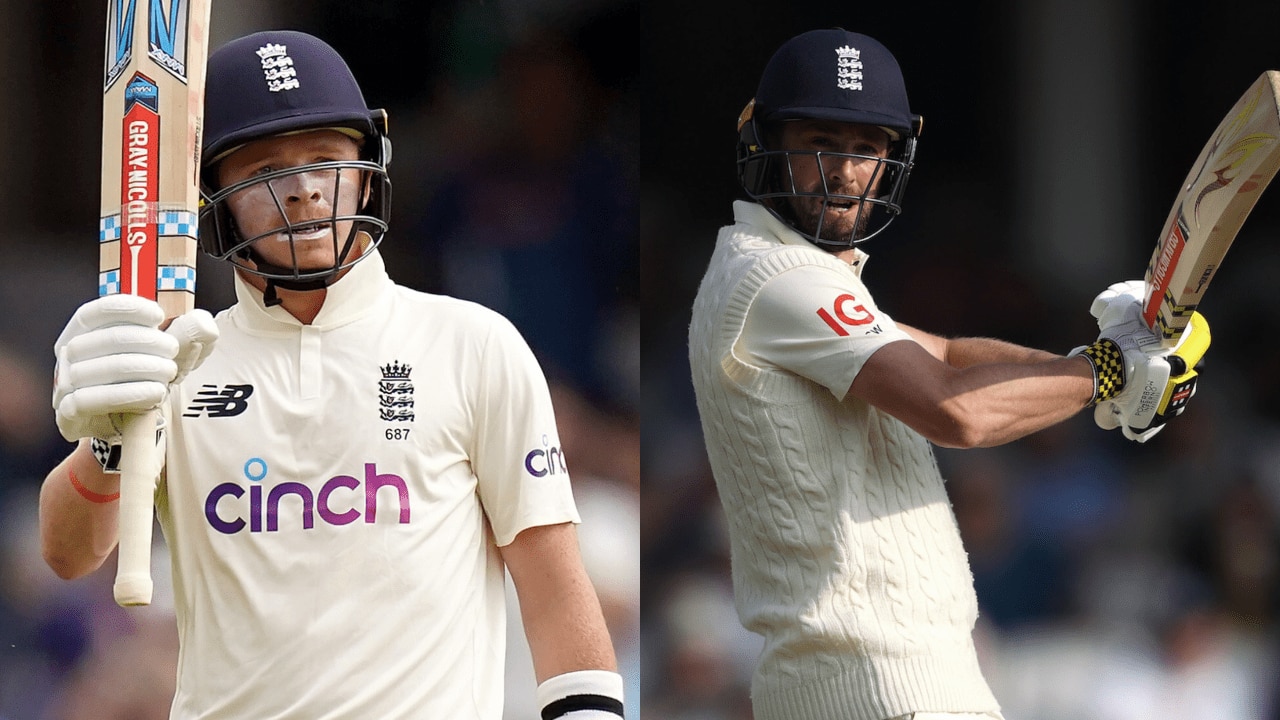