Barcelona travel to Arsenal as they continue their campaign to be the first team to defend the Champions League.

The defending champions will no doubt head into the tie as the favourites but Arsenal will be able to take encouragement from the last time these sides met at the Emirates as they ran out 2-1 winners before eventually crashing out on aggregate.

The hosts head into the match on the back of a disappointing 0-0 draw against championship side Hull City in the FA cup, however they did rest players with the Champions League in mind.

Arsenal are going well in the league, after they secured a dramatic 2-1 win against leaders Leicester in their last match they moved within two points of the premier league summit.

The Catalan giants are in irresistible form at the moment are on a club record run of 32 games unbeaten in all competitions.

After they beat Las Palmas 2-1 at the weekend they moved eight points clear the top of La Liga after title rivals Real Madrid and Atletico Madrid both dropped points at the weekend.

The Gunners have recently been handed a boost as England International Danny Welbeck is fit again and scored the last minute winner in their last league match.

The game has come too soon for Santi Cazorla and Jack Wilshere, the latter is still 3-4 weeks away from a comeback.

Apart from Rafinha, who is still out after suffering a serious knee injury earlier in the season, Head coach Luis Enrique has a fully fit squad to chose from.

Thomas Vermaelen could face Arsenal for the first time since leaving to join Barcelona in 2014.

Arsenal have only ever managed one win against Barcelona and that came the last time these two sides met at the Emirates in the last 16 first leg in 2011.

Barcelona have managed four wins in seven matches against the gunners, including a 2-1 in the Champions League final 10 years ago.

I don’t think it will the walk-over that some people are predicting but i do feel that Barcelona will win the game.

Messi, Neymar and Suarez have scored 91 goals between them this season and for that reason i can’t see Barcelona not scoring on the night.

My prediction is Arsenal 1-2 Barcelona. 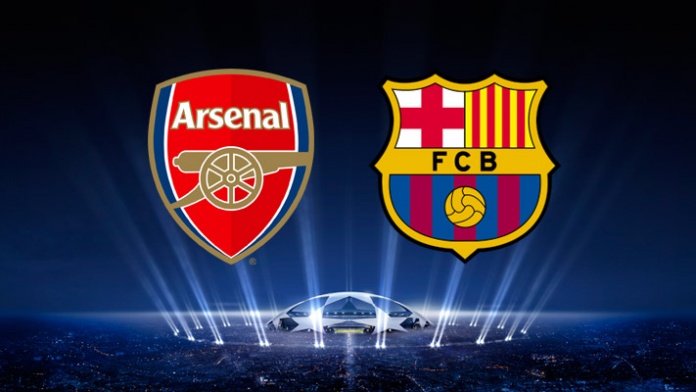