The Miami Heat hosted the Boston Celtics to end their five game home stand at the American Airlines Arena last night. In their last game, the Celtics defeated Miami on their home court. Heading into this game, the Heat would be without Kendrick Nunn and Justise Winslow.

Boston started the contest on an eight to nothing run before Heat rookie Tyler Herro ended the run and put Miami on the board with a bucket. After a basket from Daniel Theis and a three-pointer from Gordon Hayward for Boston, the Heat answered back with baskets from Jimmy Butler, Bam Adebayo, and Herro. Hayward continued making baskets for the Celtics, followed by a pair of three-pointers from Jaylen Brown, but the Heat responded back with baskets of their own from Butler, Derrick Jones Jr., and Duncan Robinson, who continues to increase his multi three-pointer shooting streak. With Boston leading 29 to 21, both teams scored their last seven points each to end the first quarter as Boston led 36 to 28.

The Heat went on a thirteen to four run, led by Dragic, Jones Jr. and Dion Waiters, giving them a 41 to 40 lead, After a three from Dragic, the Celtics came right back to take the lead from Miami as Kemba Walker and Theis took over on the offense. After a layup from Herro for Miami, Boston led 49 to 46. Brown and Theis each knocked down a layup for Boston, while Butler knocked down a layup for Miami. By halftime, Boston led 53 to 48.

In the third quarter, Hayward and Walker knocked down a basket and a three-pointer for Boston, while Butler and Meyers responded with a few baskets and a slam dunk for Miami. After a layup from Adebayo, Brown knocked down a three-pointer, a basket, and a layup as the Celtics led 65 to 57. Adebayo and Robinson took over on the offense for Miami, cutting into Boston’s lead. With the Celtics leading 71 to 67, both teams made nine points each to end the third quarter, with Boston leading 80 to 76.

The Heat finish their five game home stand with three wins and two losses. Nothing to be critical for Miami, who are still a strong home team. The Heat currently sit at third in the Eastern Conference, but they are still in command of the lead in the Southeast Division.

For the Celtics, Gordon Hayward led the way with 29 points, Jaylen Brown had 25 points, Kemba Walker made 16 points, Marcus Smart with 11 points, and Daniel Theis with a double-double of 10 points and 11 rebounds.

For the Heat, Goran Dragic had 23 points, Jimmy Butler made 20 points, Duncan Robinson with 12 points, Dion Waiters had 11 points, Derrick Jones Jr. made 10 points, and Bam Adebayo with a double-double of 16 points and 10 rebounds.

The Heat have three days off to practice and put in work before they face the Orlando Magic. Game starts Saturday at 7pm and will be televised on Sun Sports. 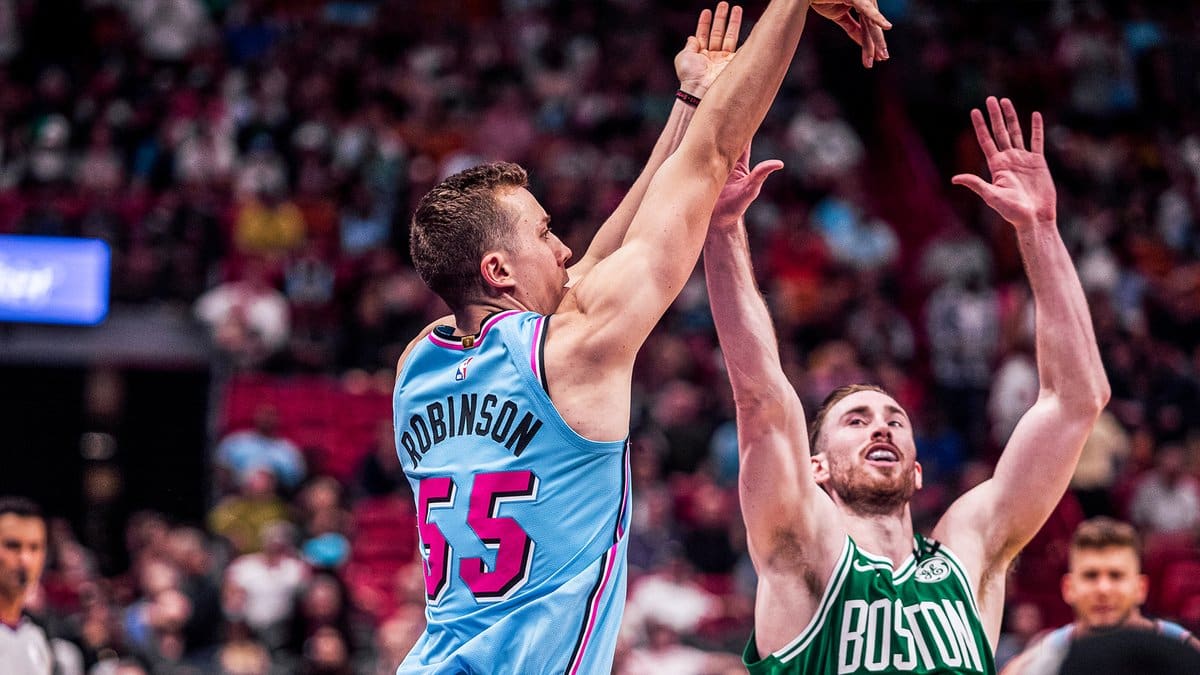